Magpul’s brand new bipod, which debuted at the National Rifle Association’s Annual Meeting in May, is now officially shipping to consumers according to the accessory and gear maker.

Magpul made the announcement late last week, adding that the M-LOK, Picatinny and A.R.M.S. 17S Style mounting options will now be available alongside the Magpul Bipod. Constructed of 6061 T-6 aluminum with stainless steel internals, the Magpul Bipod weighs just over 11-ounces. Lighter than many bipods already on the market, Magpul’s design delivers spring-tensioned legs that can be stored in a forward position and locked into place with only one hand.

The Magpul Bipod features a lightweight design created for easy toting in the field. (Photo: Magpul)

“The Magpul Bipod offers serious strength and versatility at a price that provides unmatched value,” Magpul said in a news release. “Optimized for rapid one-handed adjustments, the bipod quickly and quietly transitions between countless user configurations. The Magpul Bipod includes many features normally found on bipods at a significantly higher cost.”

Currently available in Black or Flat Dark Earth, the Magpul Bipod retails for $109.95. 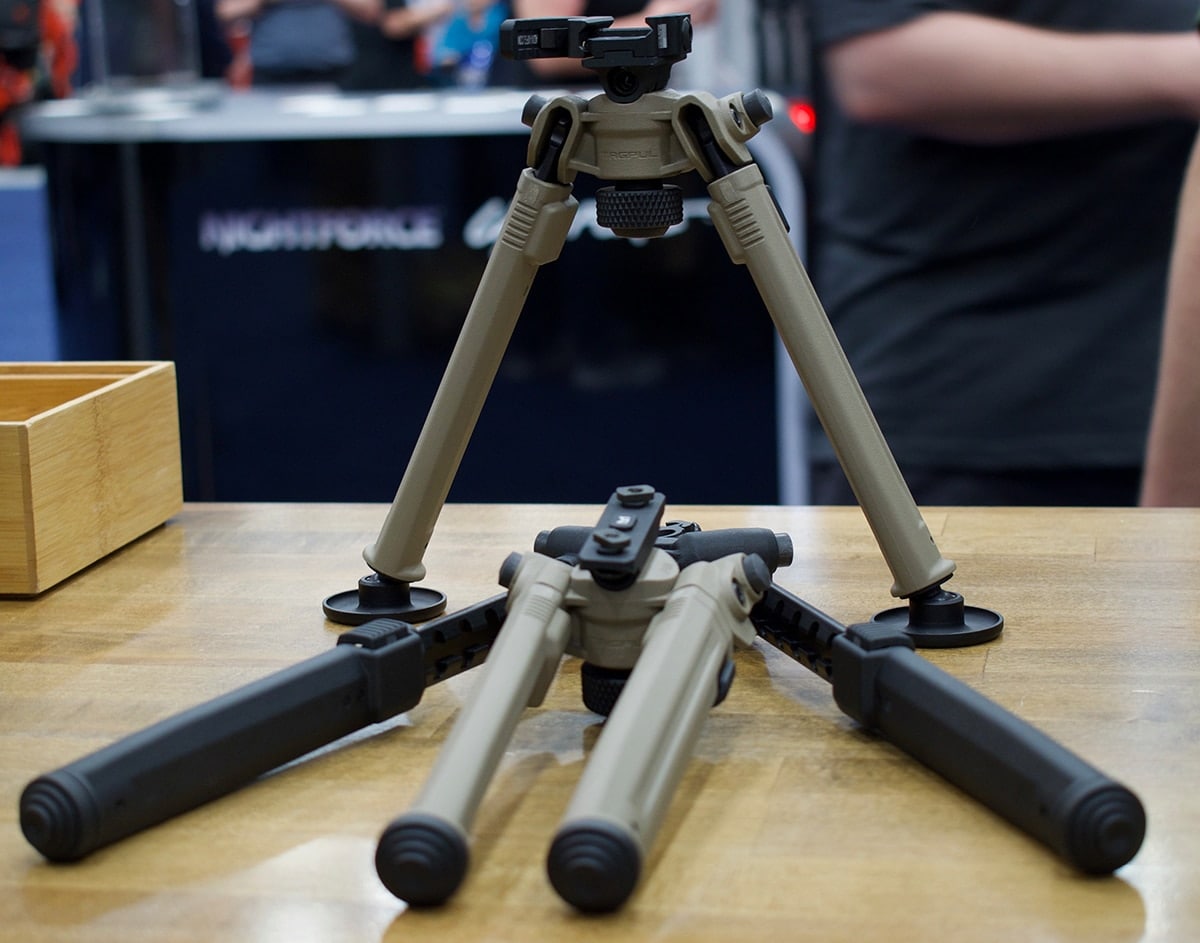