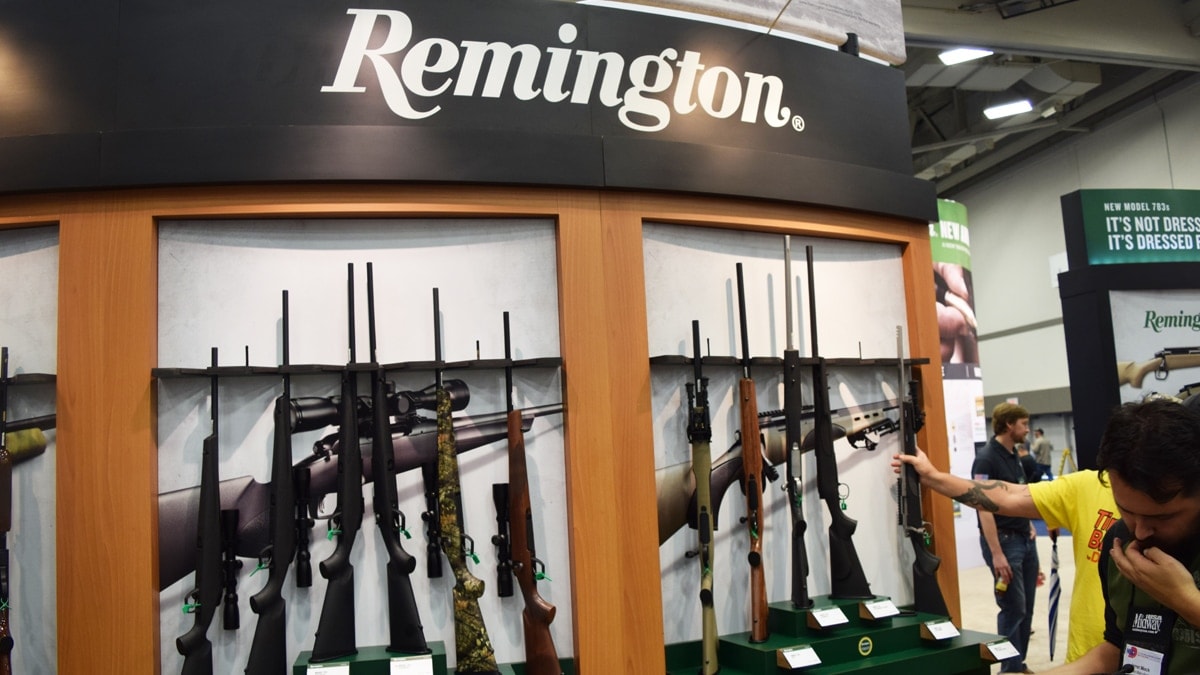 Patrons scoping out Remington rifles at the company’s booth during the 2018 NRA convention in Dallas. (Photo: Daniel Terrill/Guns.com)

A federal appellate court upheld a settlement agreement between Remington Arms and class representatives despite concerns that too few gun owners participated in an effort to recall an allegedly defective Remington trigger design.

“The record makes plain that the settlement agreement was reached following meaningful discovery and investigation by class counsel and arm’s length negotiations between the parties,” the three-judge panel said in their opinion. “We conclude that the settlement was fair, reasonable, and adequate, and we affirm the district court’s order approving the settlement.”

The challenge targeted a Missouri federal court’s approval of the settlement in which Remington agreed to pay $2,500 to each class representative, $12.5 million in attorney’s fees and $474,892.75 in expenses.

While the lead groups involved found the agreement satisfactory, some representatives argued the payout should have been more given that an estimated 7.5 million allegedly defective rifles are in circulation. They also argued that the company launched an ineffective notice plan to market the recall because the effort to repair the defect covered less than 1 percent of the estimated figure.

The panel said they disagreed with arguments that the district court abused its discretion by “approving a class settlement that utilized an inadequate notice plan, and approving a settlement that does not provide adequate relief to the class.” They added that when both parties learned the claims rate was suspiciously low, the court ordered them to supplement the effort with additional measures.

“In the end, the low claim submission rate, while not ideal, is not necessarily indicative of a deficient notice plan. It is apparent that many class members received notice, but opted not to participate for any number of reasons,” the panel said. “Perhaps they are satisfied with their firearms and see no reason to submit a claim.”

Remington’s Walker Fire Control trigger design was at the center of the class action and has been for many other cases as well. The design has been shown to allow a firearm to discharge without the pull of the trigger and has been linked to cases of injury and even death.