At first glance, this vintage particular rimfire semi-auto doesn’t seem all that noteworthy but to a noted trick shot it is irreplaceable.

The story of the Browning SA22 is long and winding, being one of John Moses Browning’s most enduring projects. Put into production by FN a whopping 104 years ago, the gun is still being made and over a half million have been put in the hands of avid shooters young and old over the past century.

Speaking of which, as told by 22Plinkster in the above video, the SA22 in his collection dates from the 1950s and belonged to his recently departed grandmother. According to ‘Plink, before “Granny Sniper” shuffled off to that great shooting range in the sky she used the gun to take literally hundreds of squirrels and the occasional garden-raiding deer– which is a solid endorsement of the power of shot placement.

He said that, while the blue book on the little .22 isn’t a lot, and it’s got a few cosmetic issues, it still rings steel when needed and he wouldn’t trade it for anything.

Also, be sure to stick around for the end of the video, to see an almost 100-year-old Granny Sniper still getting it done. 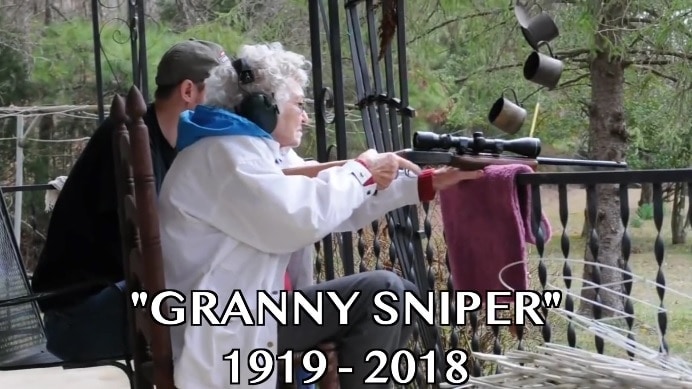