Why it's time to ditch small of back carry 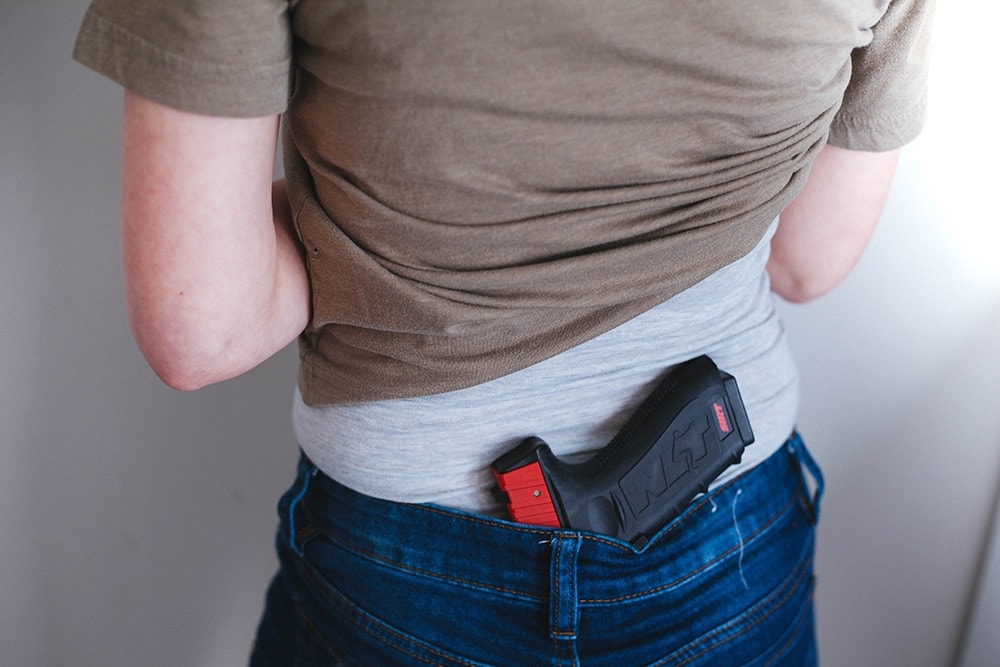 Small of Back carry places the gun directly over the spine. (Photo: Jacki Billings/Guns.com)

No topic garners more heated conversations in the concealed carry world than carry position. Every concealer has their specific spot they claim is best. While most locations of carry – be it appendix, strong side hip, inside the waistband or outside the waistband – come down to personal preference and lifestyle, there’s one mode that tends to be less safe than others. Of course, I am talking about good ‘ole small of back.

What exactly is small of back carry?

SoB refers to a carry position in which the pistol is concealed directly over the spine in the 6 o’clock position. Falling under the SoB umbrella are two techniques: palm in or palm out. Just like their names suggest, the palm in variant sees the drawer’s dominant palm facing towards the spine when gripping the gun on the draw, while the palm out version forces the concealer’s palm to face outward away from the body. Though neither position is ideal, palm in is usually considered the safer of the two.

SoB loyalists routinely tout the “comfort” of this mode of carry, stating that it feels more natural to carry here and less pokey than a gun on the hip. There’s also the assumption that it is easier to conceal. Mainstream media doesn’t help this myth by routinely showcasing actors and actresses with pistols holstered or, worse, unholstered directly over the spine. Despite the imagery and the notion that small of back is cozy and comfortable, there are a few reasons why most instructors don’t recommend and don’t even allow this style of carry in their classrooms.

What are the difficulties of SoB?

When carrying a gun in this SoB position, the wearer is already at a disadvantage as this location is hard to reach naturally. Placement over the spine requires wearers to reach behind themselves in an awkward position to attain the gun. This results in a slower presentation of the firearm. Throw in a seated position or an unnatural shooting position, as one might find themselves in if knocked to the ground, and the firearm becomes infinitely more difficult to reach. 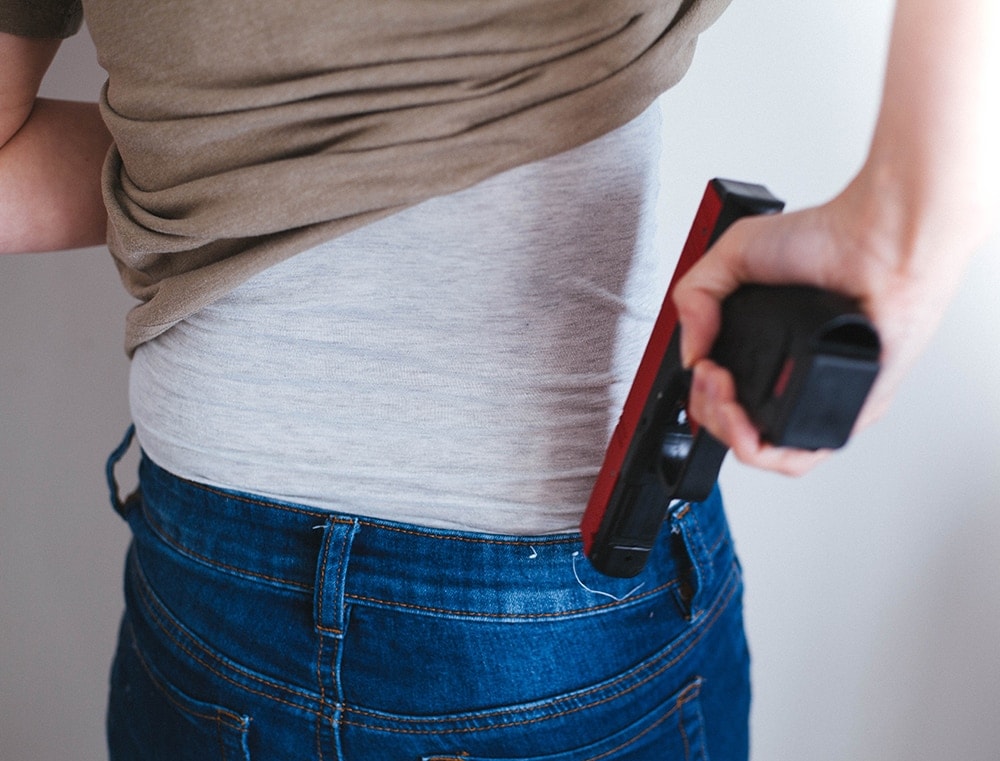 Along a similar note, holstering safely often times becomes difficult as it is outside the normal range of human motion. For the super flexible, holstering or re-holstering may be achievable; but for the average joe, the angle of the holster and the inability to see it can often cause concealed carriers to inadvertently sweep, or point the muzzle of the gun, at their own body.

Wearing a pistol small of back can also cause issues concealing. Placing the gun directly over the spine will result in any forward bending motion shoving the gun outward, away from the body. “Virtually any forward bending is going to cause the gun to print on just about any body type with typical clothing,” firearms instructor Rob Pincus explained to Guns.com when asked about SoB.

If small of back carry is this problematic, what are the alternatives?

The most obvious and popular option is to simply move the firearm forward a few inches into the 4 or 5 o’clock positions. Positioning the gun here allows for adequate concealment and access while still offering a comfortable and safe carrying experience.

An alternative is to place the gun slightly behind the hip in a 4:30 to 5 o’clock position. (Photo: Jacki Billings/Guns.com)

When asked to weigh in on the SoB dilemma, Guns.com returned to instructor Rob Pincus for the final word on this controversial concealed carry topic. Pincus in no uncertain terms stated that there are better ways to carry than in the small of the back.

“I would strongly advise against it and have to understand the specific set of limitations or context that any individual was facing that forced them into that choice in order to give any meaningful advice other than, ‘Don’t,’” he said.