Step into history: A look at the Colt Walker Model 1847 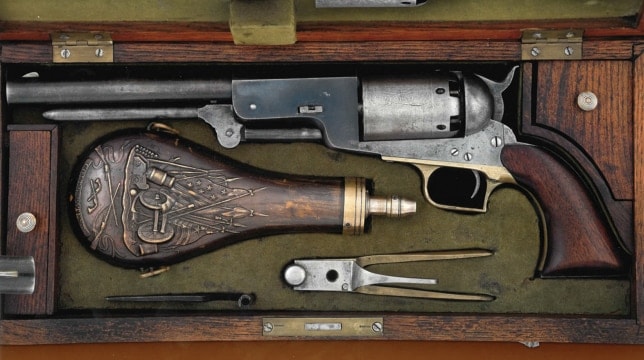 The Colt Walker Model 1847 was the first revolver to be purchased en masse by the U.S. Army, setting the stage for gun maker Samuel Colt to make a name for himself in the military and consumer market. The black powder revolver wowed with its powerful punch and incredible accuracy. Well over a century later, the Colt Walker Model 1847 still impresses gun collectors, drawing in hundreds of thousands and sometimes even millions of dollars for surviving models in good condition. What makes this six-shot revolver so good and why does it have collectors clambering for a peek? 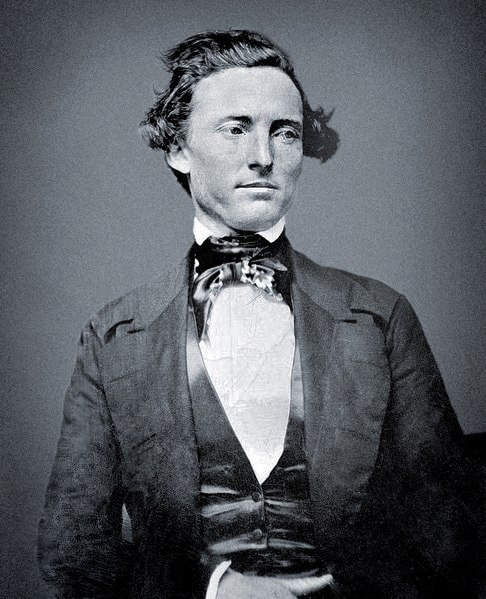 The famed Colt Walker Model 1847 began as a request from American Capt. Samuel Hamilton Walker. Walker was a national hero, having fought multiple battles in the Texas-Mexico wars. Walker was on the hunt for a new pistol for the U.S. Texas Rangers and U.S. Dragoons. Approaching firearms maker Colt, Walker asked the gun maker to design and create a revolver to serve his men.

Colt began working on the revolver design in 1846 and in 1847, the Colt Walker Model 1847 revolver made its debut. With only 1,100 handguns manufactured in Eli Whitney’s factory in Connecticut, 100 were reserved for civilian sales while the remaining inventory went straight to the military.

The Revolver In Action

The Colt Walker Model 1847 saw action in the Mexican-American War, accompanying U.S. soldiers in the fight for expansion under the ideals of U.S. President James K. Polk and his belief in “manifest destiny.”

The revolver’s legacy didn’t stop there, though. The Walker 1847 also made an appearance alongside California Gold Rush participants heading West to find their fortune. The revolver also aided many settlers claiming their stakes in Texas and far Western settlements in the U.S.

The revolver was known for its power packing punch, delivering .44 caliber shots in a six-cylinder design. The pistol was a behemoth, weighing over 4 pounds and producing heavy, felt recoil. Though originally intended for close quarters engagements, Colt’s Walker Model 1847 was known to reliably shoot much further. Walker himself lauded the revolver as shooting clear past 100 yards with little effort.

The Colt Walker Model 1847 is rare, with only about 100 examples identified in the modern day. (Photo: RIAC)

“It would take a Texan to shoot it,” Walker reportedly said about the revolver. Walker later wrote that the Model 1847 was “as effective as a common rifle at 100 yards and superior to a musket even at 200.”

Despite the six-shooter’s reliability, many soldiers struggled to accustom themselves to its design. Many of the men who were issued the Walker 1847 had never fired a black powder revolver, some hadn’t even seen one in action. The lack of knowledge led to numerous burst cylinders – the accidental firing of all six chambers.

Not Without Its Faults

Built on the Colt Paterson revolver, the Walker Model 1847 was an improvement over the previous pistol; but it wasn’t without its faults. The wheel gun was known for its weak catch on the loading latch which caused its lever to drop free anytime the firearm experienced heavy recoil – which was often. The falling lever would jam the cylinder, preventing follow-up shots.

To fix, soldiers craftily tied a rawhide loop around the barrel and loading lever to prevent the lever from falling unexpectedly. The lowering lever’s catch would eventually be improved in the later Dragoon model from Colt.

In addition to the lowering lever, the six-shot also suffered from numerous complaints of ruptured cylinders, most likely due to primitive metallurgy and a lack of knowledge on the user end. This problem resulted in shooters often smearing lard onto the front of the cylinder in order to prohibit a chain fire. The practice of smearing lubricant, though lard is no longer used, is still practiced today.

The Walker Model 1847 In A Modern Era

One of the most sought-after antique Colt models on the market, it’s estimated that only around 100 examples of the vintage wheel gun exist today. Due to its rarity, the Walker Model 1847 is routinely priced well over $100,000 on the auction block with some models hitting a $1 million price tag.

In April 2018, Rock Island Auction Company auctioned one such Walker known as the “Danish Sea Captain.” Previously owned by Capt. Neils Hanson the auctioneer’s gavel slammed down on a bid of $1.84 million – a record-setting sum for the auction house.

“This is a major milestone in the collecting community,” said RIAC President Kevin Hogan. “Not only is this a world record for a single firearm at auction, but further demonstration that the art and history in firearms is really catching fire.”