Images from a recent joint exercise showed that a vintage rifle is still in service with at least one branch of the military. The photo, from the Coast Guard Cutter Bertholf, participating in the annual Rim of the Pacific exercise in July, shows a Coastie firing a line gun to an Australian Navy oiler. For those with sharp eyes, it is easy to spot that the rifle is a tweaked Springfield 1903. 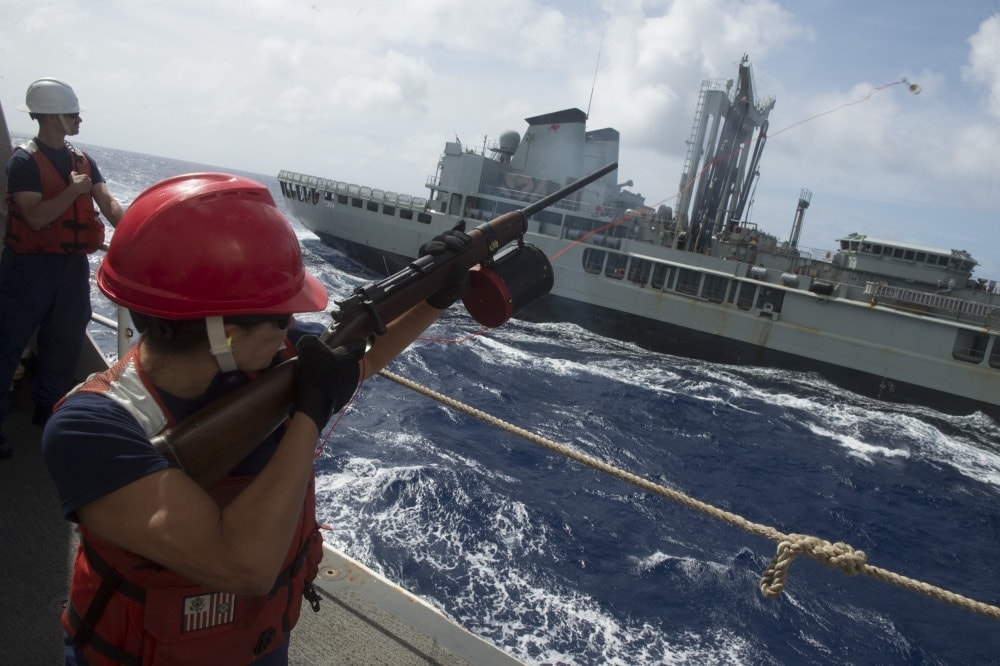 Naval and merchant ships have used line-throwing rifles (and shotguns, as well as small cannon) for centuries to heave lines from ship-to-ship and ship-to-shore to greater distances than what could be done with sailor or mariner and a slungshot. Currently, the Navy uses modified M14s and M16s for this job while the Coast Guard still uses their slightly more elegant 1903s.

In the old days, the service used Coston Shoulder Guns – a converted U.S. Springfield Trapdoor Model 1884 rifle in .45-70. However, around the 1930s these began to be supplemented by a series of line throwing 1903s.

These 30.06-caliber rifles were converted by having the barrel rifling and sights removed to produce a 24-inch smooth bore popgun with the handguard shortened to match. Two-pounds of lead was placed in the butt under a modified padded butt plate. The line bucket is mounted under the abbreviated forend and, as noted by Brophy in his encyclopedic tome on Springfield 1903 Rifles, these were used with three different projectile rods in light (13 ounces) heavy (15 ounces) and illuminated buoyant types.

The above rifle is in its original kit, part of the USCG Heritage Asset Collection. It consists of:

At least some USCG armories still have these old “bucket guns” in the back, and they do still see service. The below shows one such rope slinger being inspected at the Coast Guard Armory in Port Clinton, Ohio in 2015. 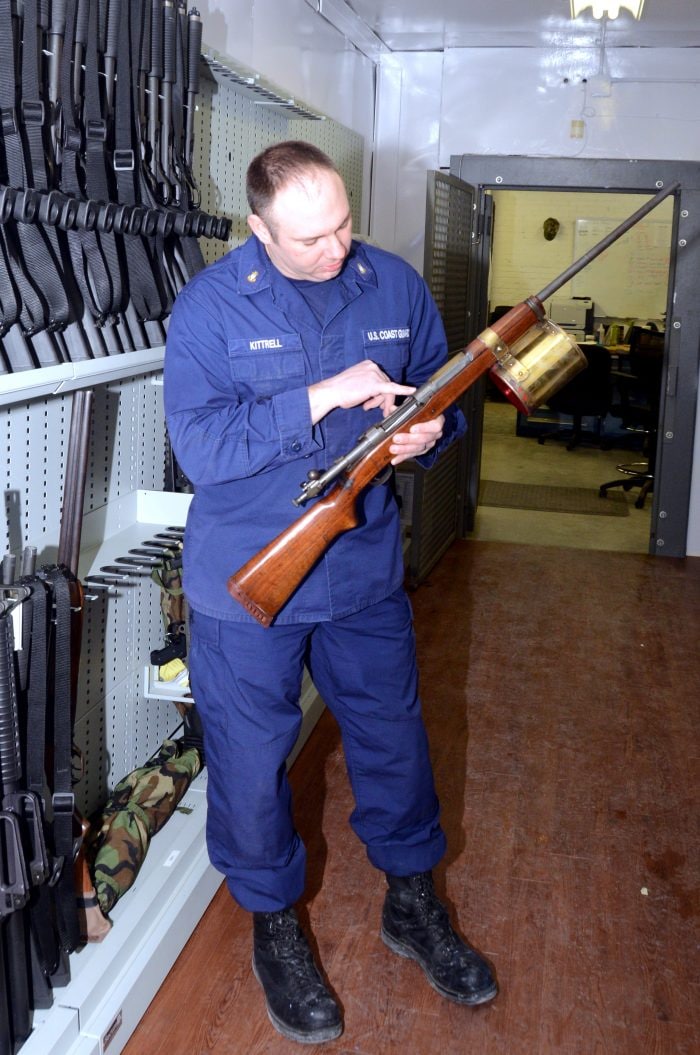 The serial number on the above Port Clinton gun, #1211224, makes it a Springfield Armory-manufactured receiver made in 1920 (the cased one shown, #1316819, dates to 1929), so the gun has very likely been in the Coast Guard’s stocks since Prohibition when a number of brand new BARs, 1911s and 1903s were transferred to help arm the cutters patrolling “Rum Row” against often well-armed bootleggers. And the last member of the Coast Guard to use them probably hasn’t been born yet.