There are a few obvious differences between the original and the Mod.2. The first is the slimmer flat-top slide. Canik touts that the flat top helps reduce glare when looking through the sights. While that’s never been a problem for me, the slim profile is nice. The Warren Tactical sights are another nice upgrade. The pistol variant includes a u-notch rear sight that makes picking up the single-dot front sight quick and easy.

The Mod.2 is billed as having an improved trigger as well, but to be honest I didn’t notice any difference in the way it performed. Every Canik pistol I’ve shot has had an outstanding trigger – some of the best of any of the striker fired pistols I’ve found in the market. 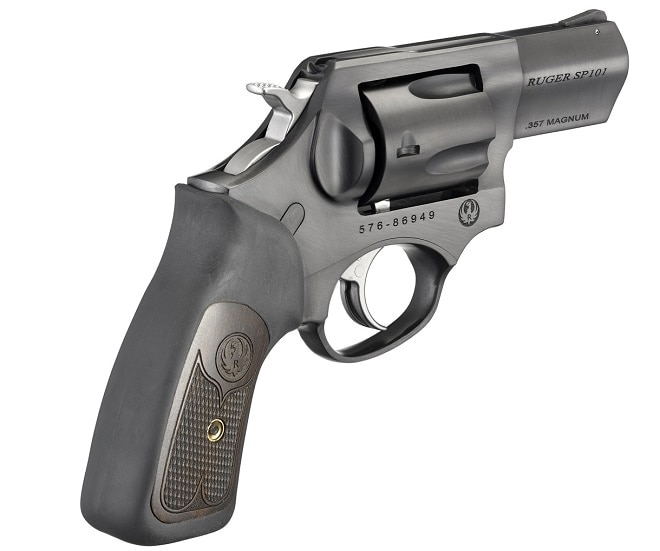 The TP9SA Mod 2.0 has modern aesthetics and a number of color options to fit any shooters personal taste. (Photo: Chase Welch/Guns.com)

The company also included an “enhanced” de-cocking button. Unlike the original, the de-cocker is only on one side of the Mod.2. However, the de-cocker is sometimes a source of confusion. As the company explains, the feature aids in removing the slide for cleaning – so you don’t have to pull the trigger to take off the slide.

Other than those upgrades, the pistol is the same as the original. The frame has interchangeable backstraps and a more aggressive texturing on the grip. It has a reversible magazine release, large trigger guard, 1913 picatinny rail, a loaded chamber indicator on the top of the slide and comes with two 18-round magazines made by Mec-Gar.

Performance-wise, the pistol has very manageable recoil and great accuracy thanks to the Warren Tactical sights, cold hammer forged barrel and truly impressive trigger. Rapid strings of fire as well as target transitions are easy making this a really fun pistol to shoot. It has also run through almost a thousand rounds of any 9mm ammunition I fed it without a single hiccup.

Canik’s TP line of pistols is impressive. They perform very well, have great fit and finish and come packed with features and extras normally found on pistol that cost substantially more. MSRP is $399.