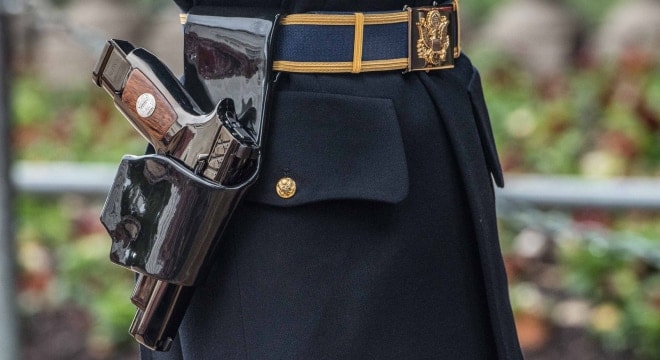 A unique set of four ceremonial M17 handguns are now serving with the Old Guard at Arlington National Cemetery.

Announced earlier this month by Sig Sauer, the quartet of new sidearms replaced ceremonial M9 Berettas used by the squad commanders of the elite Tomb Guard Platoon of the U.S. Army’s 3rd Infantry Regiment — the Old Guard — tasked with standing an eternal watch at the Tomb of the Unknows. Named Silence, Respect, Dignity, and Perseverance, after traits and attributes of the Sentinels and their mission, each gun is a modified M17, which is replacing the M9 across the military. 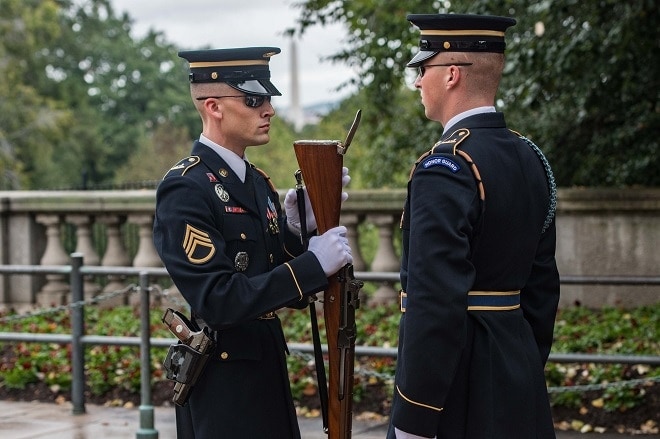 The new M17s are for the use of the Guard’s NCOs, while Tomb Sentinels will continue to use M14s 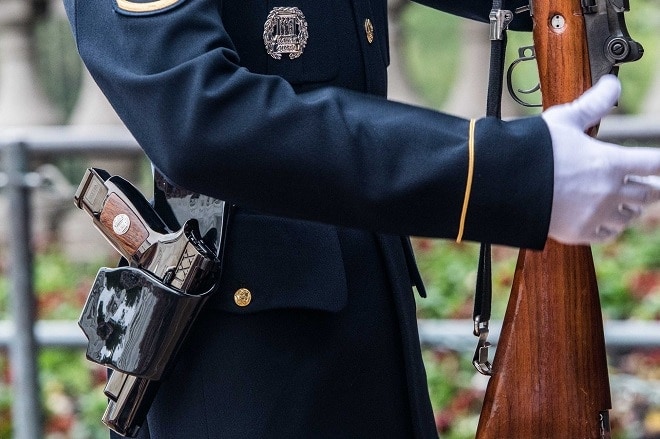 The pistols have a non-railed aluminum grip module rather than a polymer frame, a high polish stainless steel slide, wood grip inserts, a 21-round 9mm magazine. 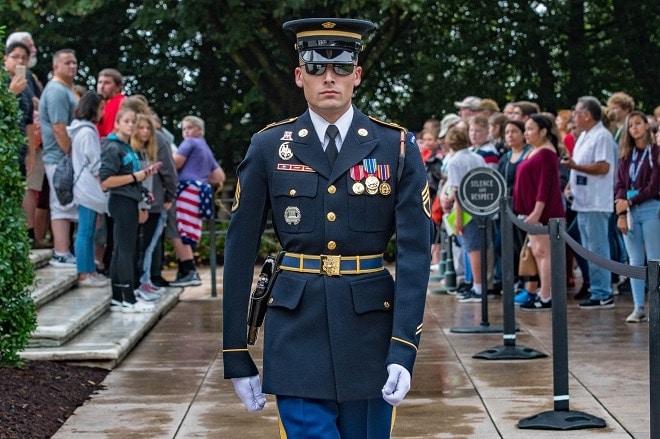 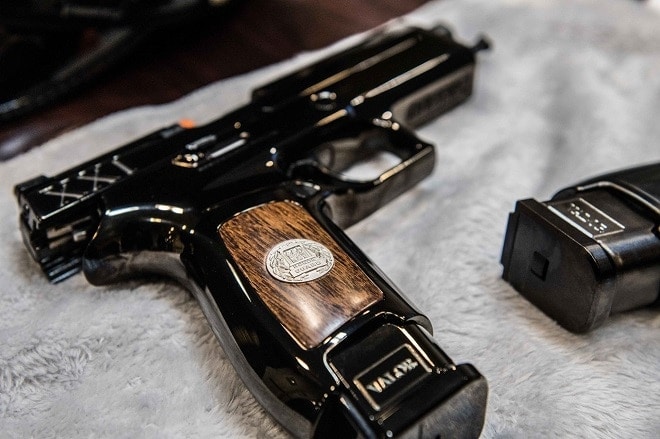 The wooden inserts, crafted by a former Old Guard soldier, Dave Loyal, of Loyal Drums of Woodbridge, Virginia, are made from wood drawn from the cruiser USS Olympia, the ship that carried the Unknown Soldier of World War I from France in 1921. The left panel has the insignia of the 3rd Infantry Regiment while the right carries the Tomb Guard badge.

The guns were presented by Sig to the Old Guard at a ceremony on Oct. 11, and have been used by the Tomb Guard’s sergeants ever since. The company said in a statement that they are “incredibly honored to have a place in a deeply humbling historical event.”