The Navy's version of a bass boat packs miniguns (VIDEO)

Tucked in a swamp in Mississippi used to test rocket engines is a unit that uses some seriously souped-up speed boats, and they are hiring.

The above recruiting video released last week by the Navy is meant to get guys to sign on to the very specialized Special Warfare Combatant-craft Crewmen program, or SWCC (pronounced “Swick”), a small force who’s history harks back to the old PT-boats of WWII and the Swift boats and PBRs of Vietnam.

To get bluejackets to sign on to the 37-weeks of grueling training it takes to belong to the Naval Special Warfare Command’s small boat units, the video is packed with footage of a some of these exotic watercraft in action. One of these, the Special Operations Craft-Riverine, commonly called the SOC-R and pronounced “soccer,” is an armored 33-foot long boat capable of hitting 40-knots and floating in just two feet of brown water. Shown simulating a hot extraction, the SOC-Rs’ twin GAU-17 miniguns and an assortment of traditional machine guns light it up.

The footage likely comes from Fort Campbell’s Salt River in northern Kentucky, where the boats exercise, or at NASA’s Stennis Space Center in Mississippi where they are based.

If you find yourself needing more, check out some of the photos below from the Navy of Special Boat Team 22, the only unit that uses the SOC-R, conducting live-fire immediate action drills. 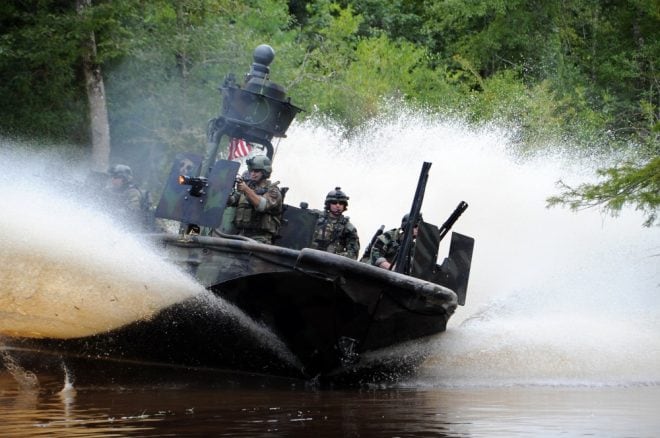 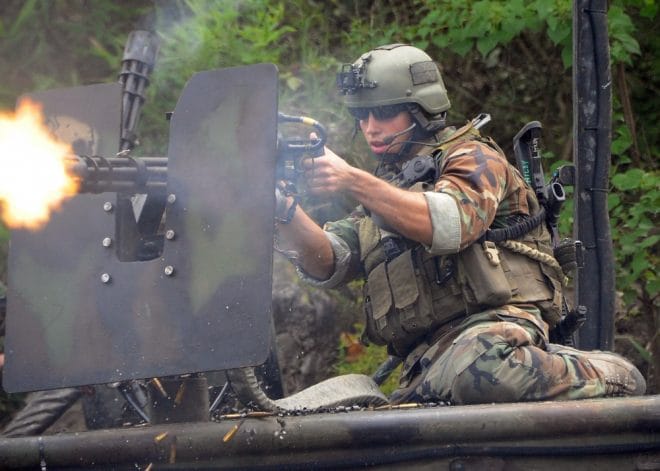 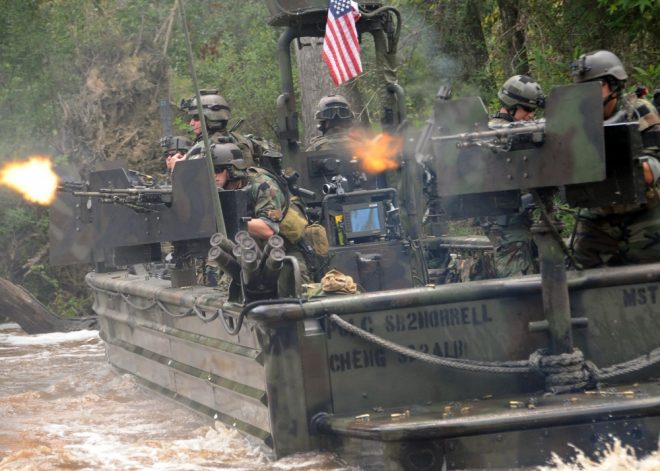 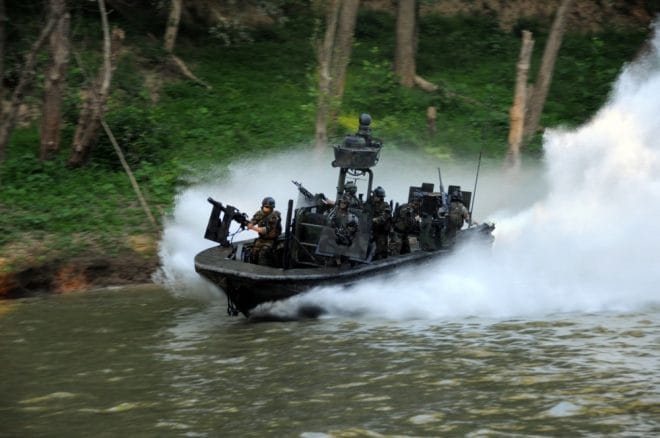