HK P7: The 'most expensive pistol in the world'

Introduced in 1979, the Heckler & Koch P7 had a number of innovative features when introduced and an unusual marketing scheme. A product of the West German pistol standards for police guns that yielded the Walther P1, P4, and P5, as well as the Sig P2 (210) and P6 (225), HK introduced their small P7 as a contender.

This semi-automatic 9mm pistol used a lot of forward-thinking features — including a gas piston delay system, 110-degree grip angle, and a squeeze-cocking safety system — to propel itself into gun legend. The thing is, cops in every country have a budget, even German ones, and the P7, while super neat, was only bought in small numbers.

The P7 was even advertised unashamedly by HK as “the most expensive handgun in the world” at the time and some Polizei still use the gun even though it hasn’t been produced in years. 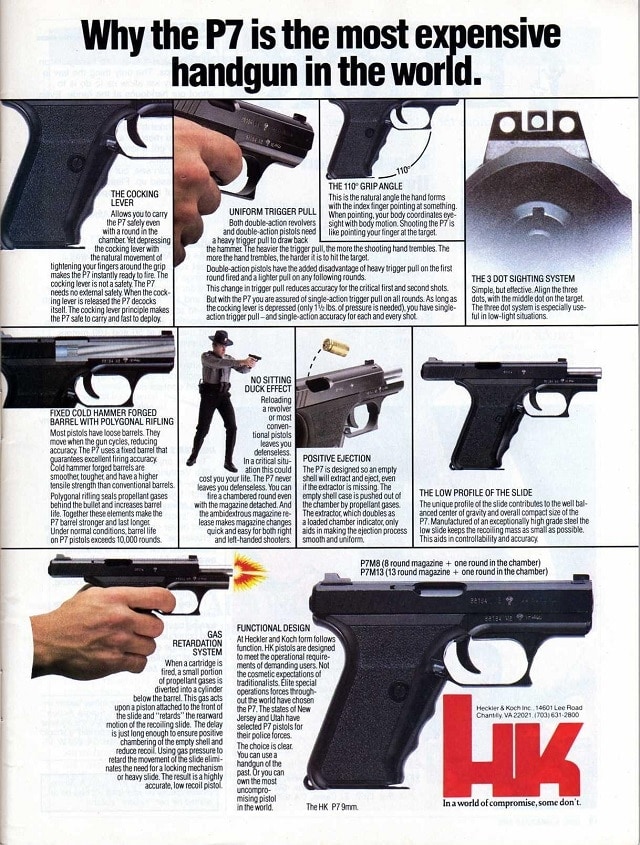 Covering the P7M13 model, with a 13+1 capacity, is Brownells’ gun tech Keith Ford in the above video. For a deeper dive is Life Size Potato, a channel that specializes in curious European handguns, and a companion piece by 9-Hole Reviews including USPA Grand Master Josh Mazzola, below.