American airgun giant, Daisy, has a new 10-Meter competition rifle on preorder as well as a more holiday-themed classic for Christmas shoppers.

The new Daisy Model 599 is a .177-caliber competition air rifle geared to 10m events. Featuring a removable power configurable cylinder, the manufacturer stresses that a competitor can shoot “the entire match without refilling the cylinder.” 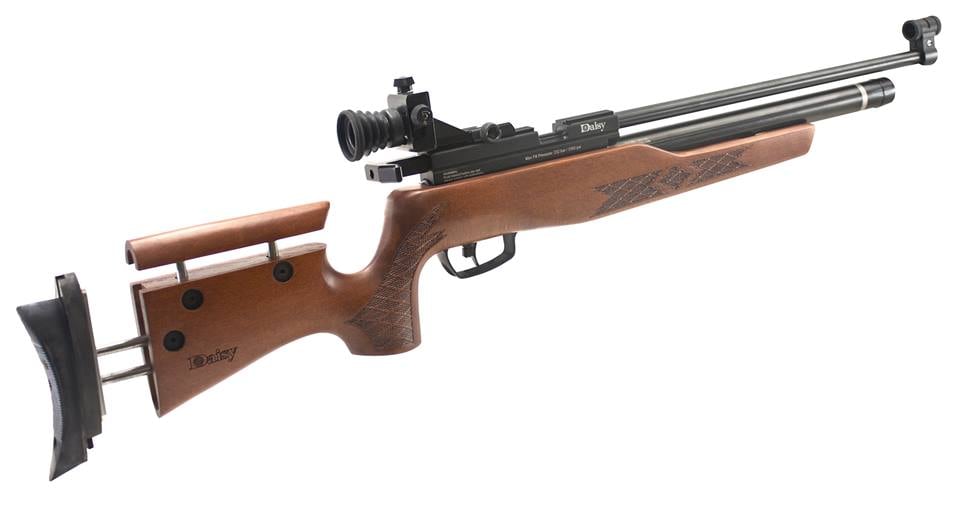 The 599 uses an ambidextrous beechwood stock with an adjustable comb as well as vertical and length-of-pull adjustment. The rotating, adjustable trigger can be dialed as low as 1.5-pounds. Other features include a cold-hammer forged BSA barrel, straight-pull T-handle, hooded front sight and diopter rear.

MSRP is $595. As such, the new Model 599 seems like a direct competition to the Air Arms (CZ Brno) T200 Sporter, which runs about the same price.

For fans of Christmas-themed Red Ryders that include a compass and sundial to the American wood stock– a model, the company built in response to consumer demand in 1983– the Daisy museum has created 2,500 numbered guns with those features. 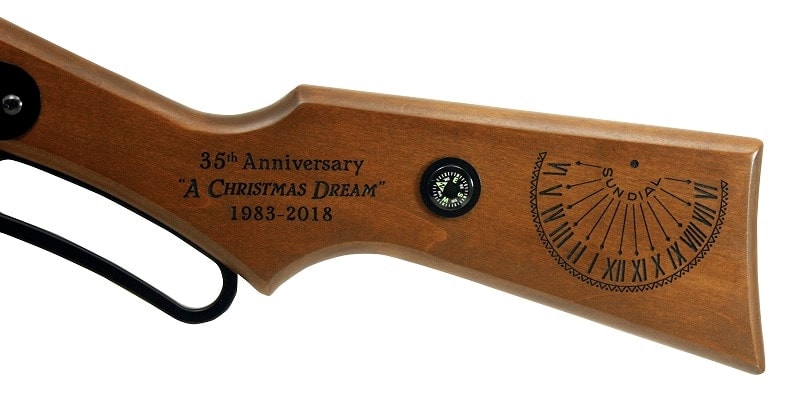