From the GDC Warehouse: The classic Remington Model 30 (PHOTOS) 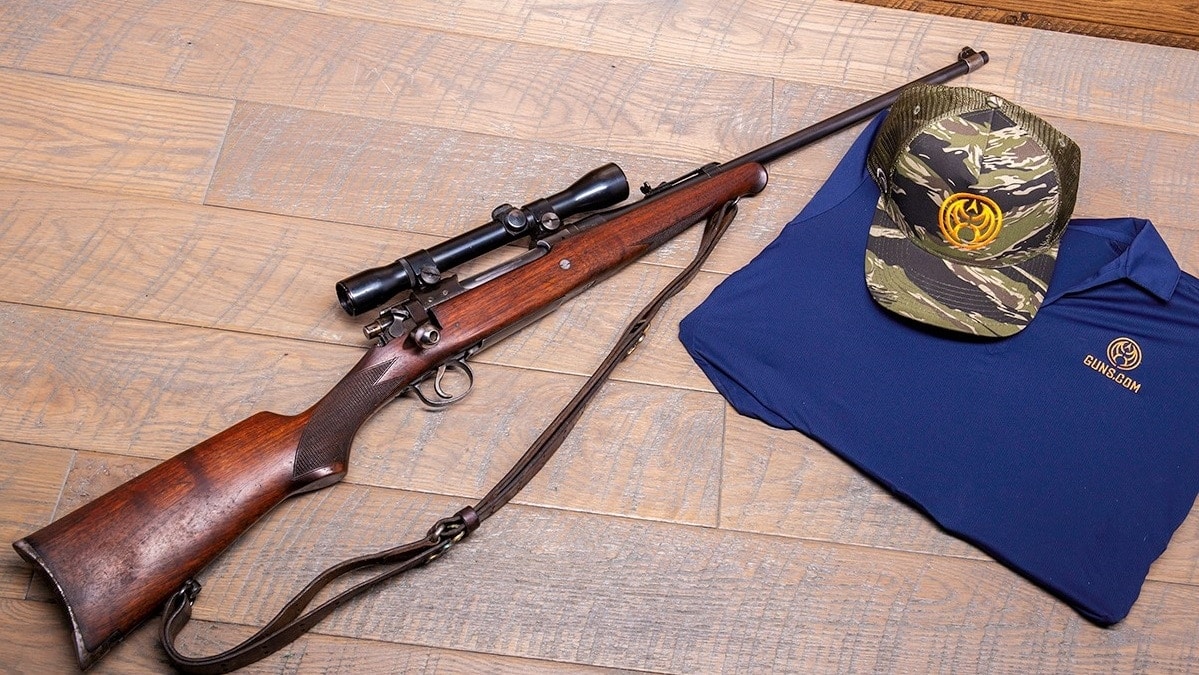 The Remington Model 30 is a commercial variant of the WWI standard M1917 (Photo: Richard Taylor/Guns.com)

From the wide range of options in the Guns.com Warehouse, we bring you Big Green’s war baby that grew up to be a deer rifle, the Remington M30. But first, let us talk about the Great War.

While the standard U.S Army infantry rifle at the start of World War I was the most excellent M1903 Springfield, some three out of four American soldiers would end up carrying the M1917 Enfield “Over There” during the war. Officially, the “U.S. Rifle, Model of 1917, Caliber .30” it was more commonly known as the 1917 Enfield or American Enfield, and 2.2 million of these hardy .30-06 rifles were made by Remington, Winchester, and Eddystone during the conflict. 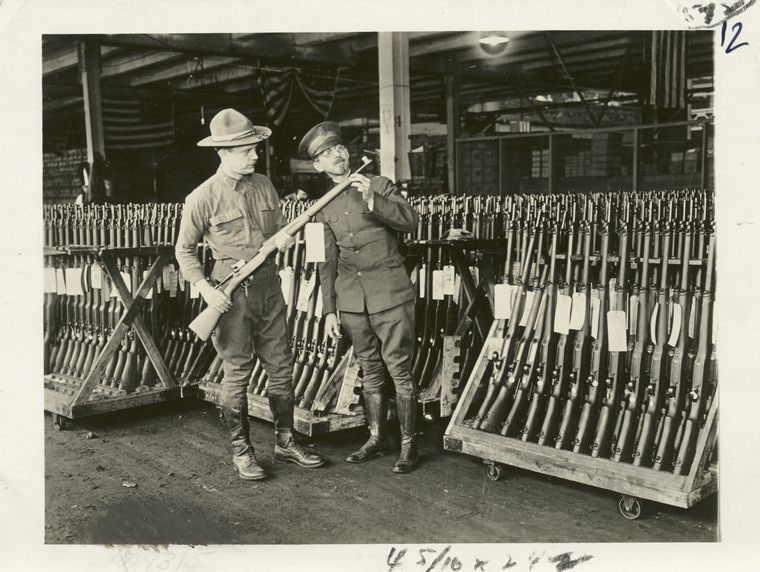 Using a massive receiver, the rifle, in turn, was a modification of the British Pattern 14 Enfield, which was made in quantity by the same companies for London prior to the U.S. entry to the conflict. 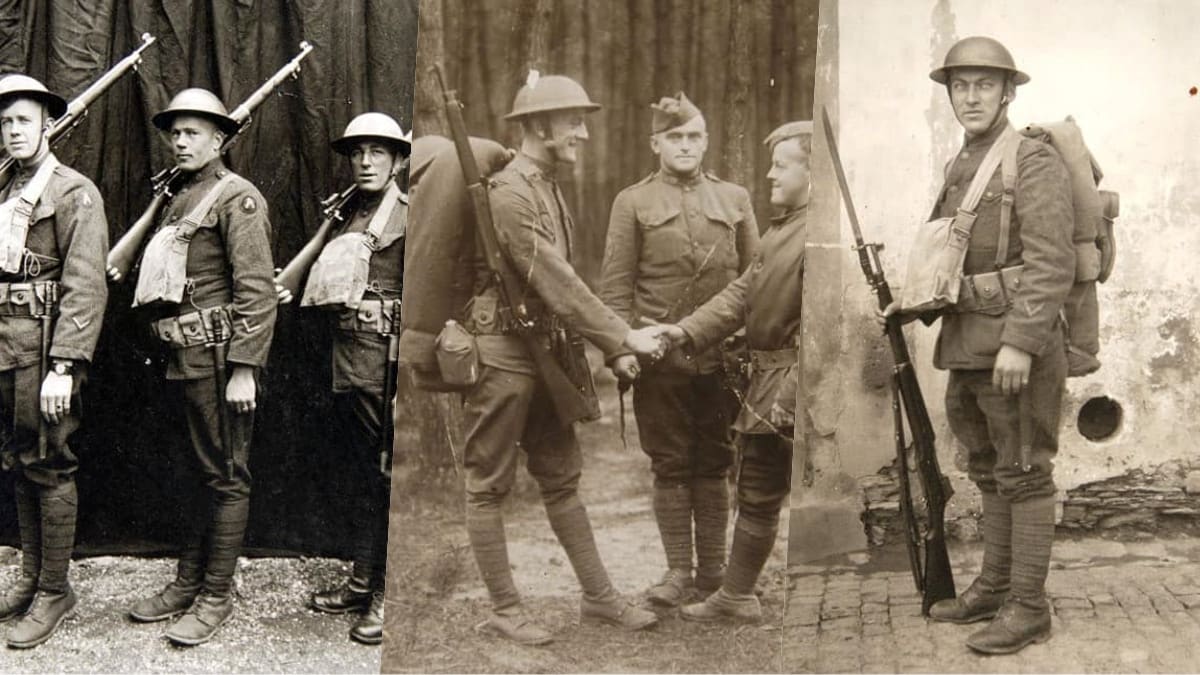 Most Americans that served in WWI did so with an M1917 Enfield. Remington made some 545,541 of the 2.2 million produced. Fed by a 5-round stripper clip, the rifle was durable and renowned for its accuracy.

Once the Kaiser fell and the world reaped the imperfect peace of Versailles, the M1917 rifle and its .303-caliber P.14 half-brother would continue to serve in militaries around the globe for several decades and the simple and reliable rifle still soldiers on with the Sirius Patrol, a Danish Navy unit that patrols the frozen wastes of Northeast Greenland.

After the war, with thoughts turning from sniping Germans across No Man’s Land to putting deer on the table, Remington converted the wartime tooling for the M1917 to commercial production. After all, it was a no-brainer, as an entire generation of young sportsmen in their 20s looking for a hunting rifle were likely to quickly spot the familiar action on their local hardware store shelves. With a few modifications — primarily the deletion of the protective steel “ears” around the sights and the bayonet lug, coupled with a sporter stock rather than the full-length military design — the M1917 was put into Remington’s catalogs as the Model 30 starting in 1921. 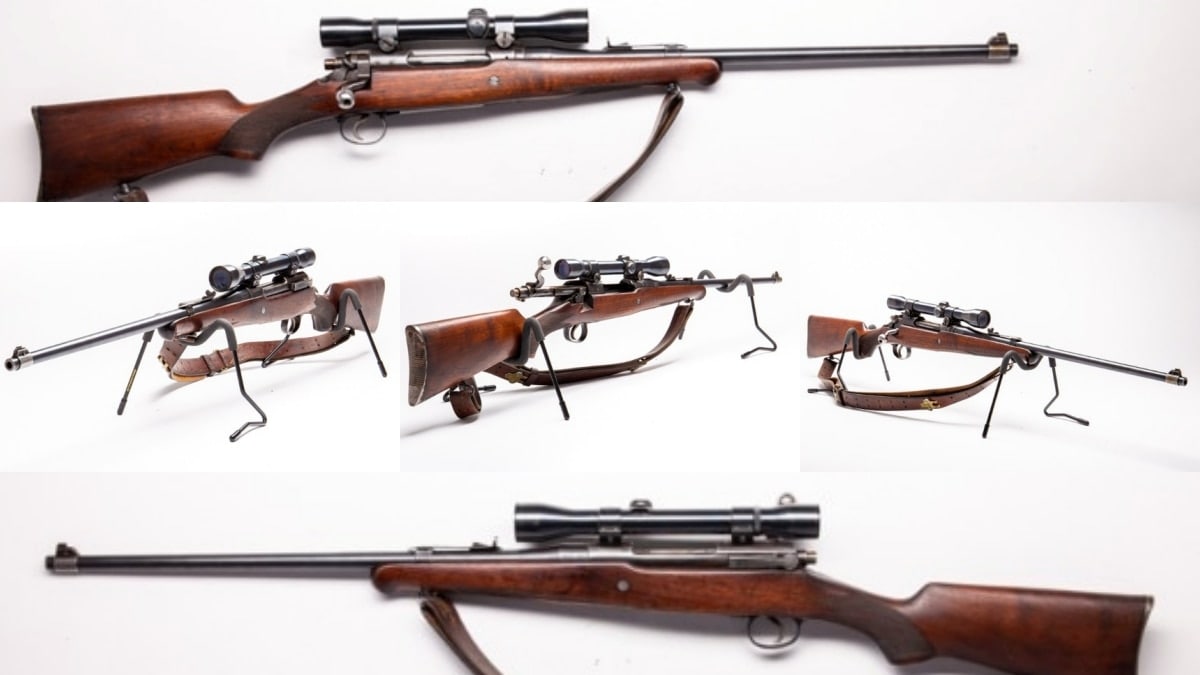 The Model 30 that came through our warehouse recently is an Express model that is complete with a Weaver fixed power scope with a post reticle and a 22-inch barrel (Photos: Richard Taylor/Guns.com)

It was the Express model that, introduced in 1926, would be famously used by Navy Commander Richard Byrd’s polar expeditions in 1928-30. 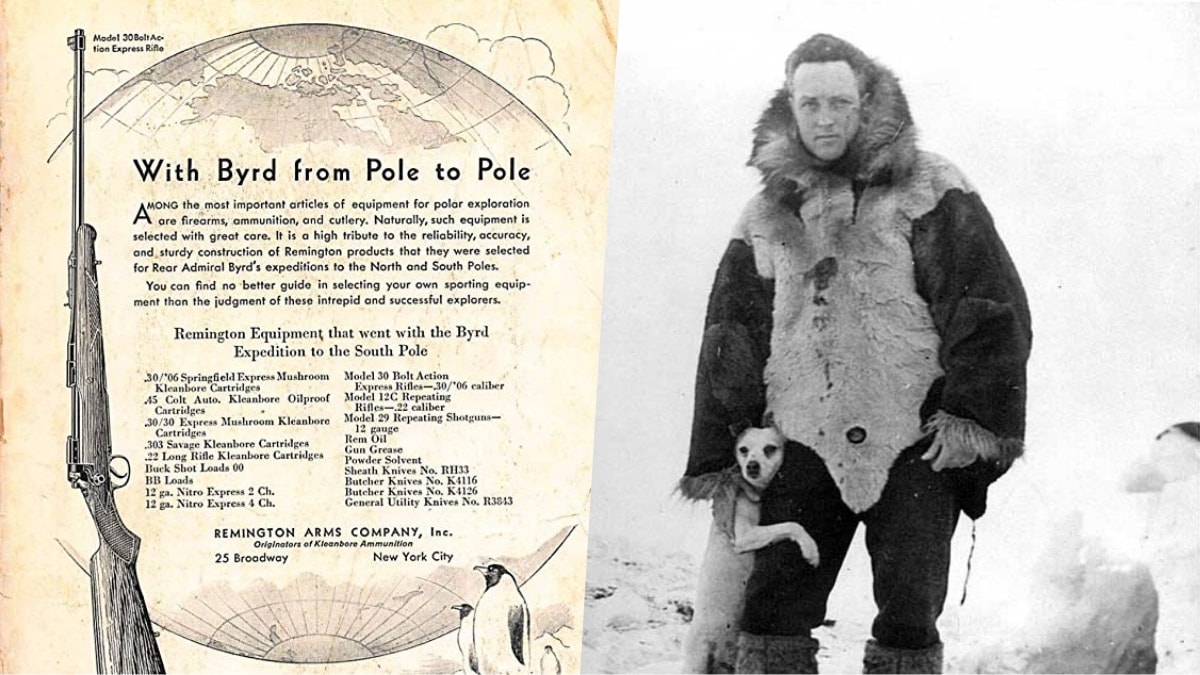 Remington took out a full-page ad in National Geographic touting the use of their products by Byrd, who would later become an admiral.

Besides its use by hunters and explorers, the Model 30 saw another claim to fame. To up the ante with well-armed Prohibition/Depression-era gangsters, the FBI and various state police agencies purchased small amounts of Model 30s for use as early police “sniper” weapons, a fact not lost on gun buff John “obtain form 4473” Milius in his 1973 action film Dillinger, which features a Remington 30-armed state trooper in just such a role.

Eventually, the sun would set on the Model 30 and, as the U.S. prepared to provide the Arsenal of Democracy in the early stages of World War II, the rifle’s production ended save for a few with the same Enfield-style action produced for a few more years as the Model 720. Remington went on to crank out a myriad of war products during the conflict, including over a million M1903/A3/A4 rifles. After WWII, the Model 721/722 replaced the old bolt gun in Remington’s lineup, a rifle that itself was retired in favor of what would become today’s Model 700.

Still, the classic Model 30 hails from a time where steel and walnut were standard and adventurers went shopping for rifles that would feel at home among both the trenches and the penguins.

To see more on this fascinating gun and the rest of our ever-changing inventory, head over to our rifle section. 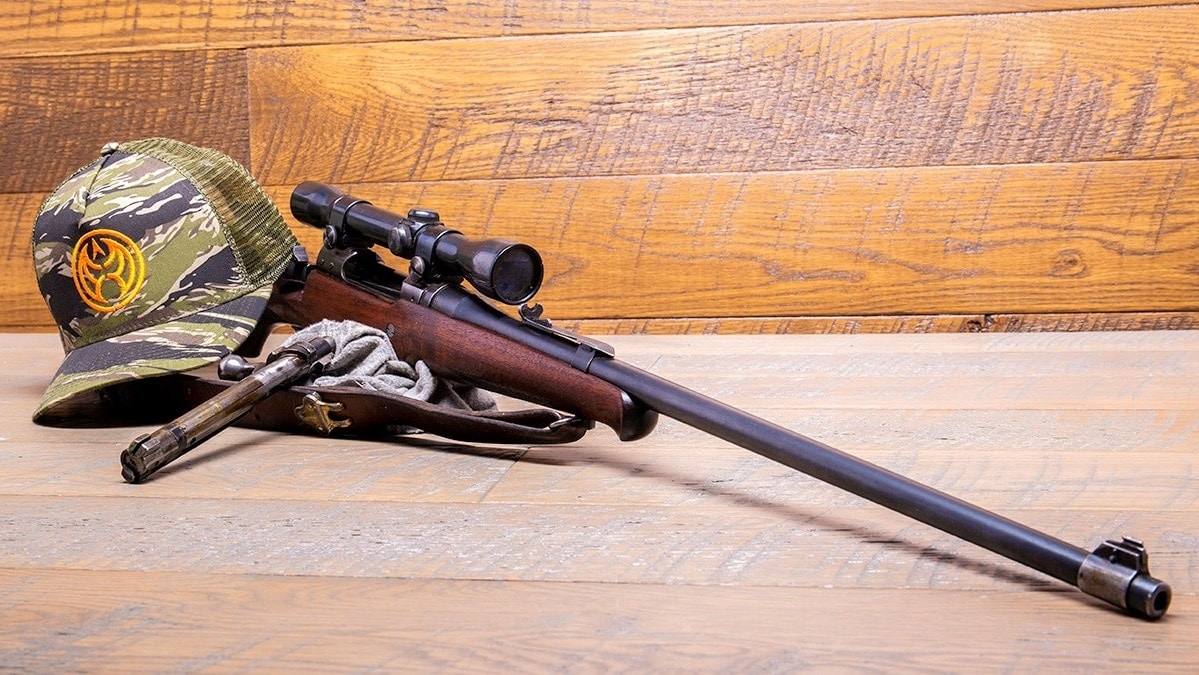