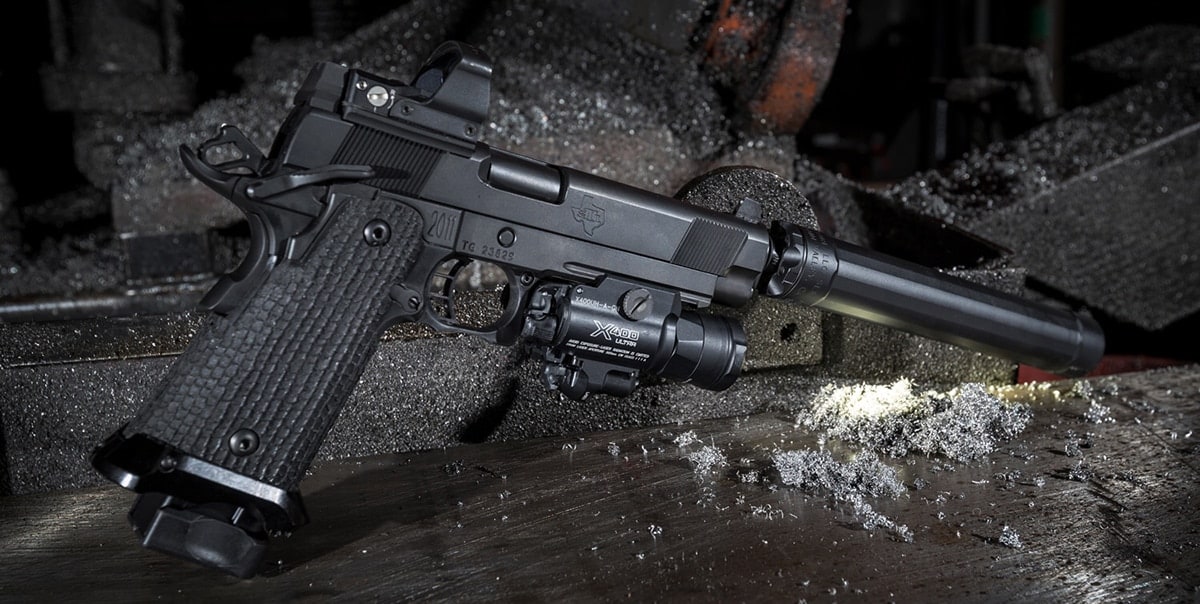 The X400U series offers both lumens and a laser. (Photo: SureFire)

SureFire’s weaponlight inventory broadens with the addition of new 1,000 lumen light models in the way of the X400U and X400UH models.

Available in both red and green variants, the X400U series boasts 1,000 lumens of white light focused by a Total Internal Reflection lens. The result is a tight beam that offers a longer reach in addition to peripheral lighting. In addition to the lumens, SureFire equips the X400U series with a 5-milliwatt laser sight. The laser proves useful in non-standard shooting positions as well as low-light situations, according to SureFire. 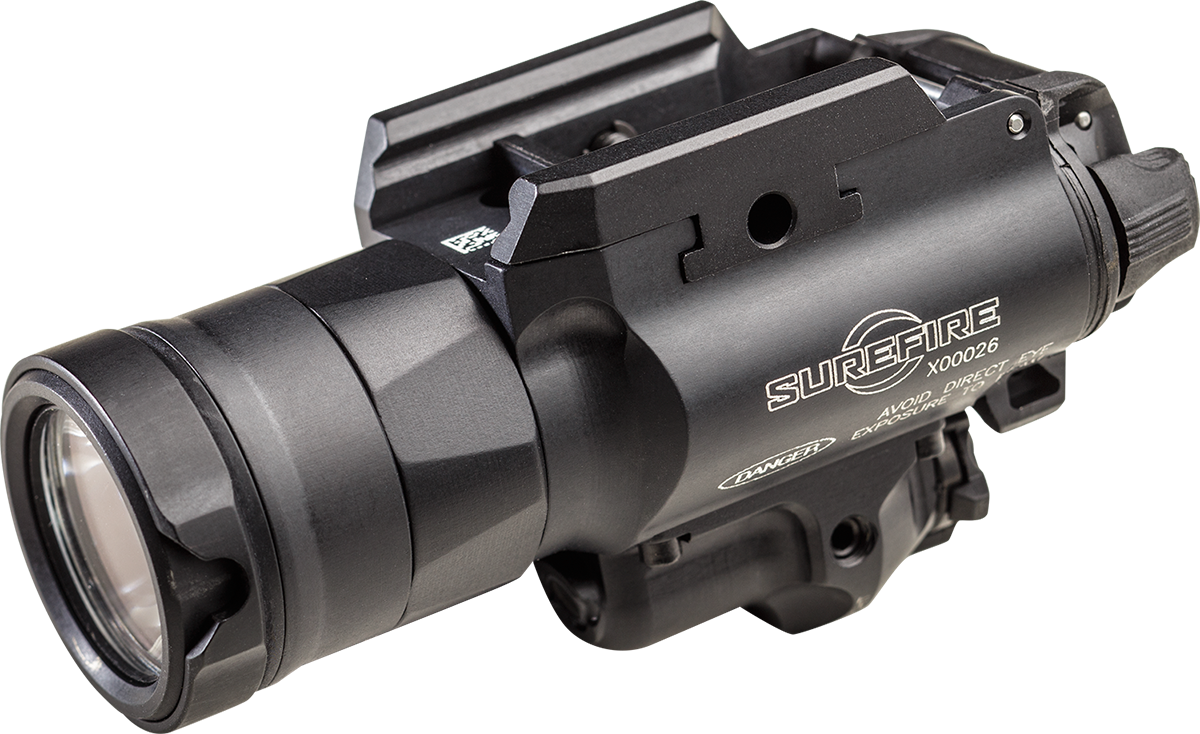 SureFire says the device sports Nylok screws to ensure the unit won’t back out of place due to recoil. Activated by an ambidextrous switch at the rear of the X400U, the device offers momentary-on activation or constant-on.

The X400U and X400UH are available through SureFire with red laser variants priced at $599 and green lasers at $799.