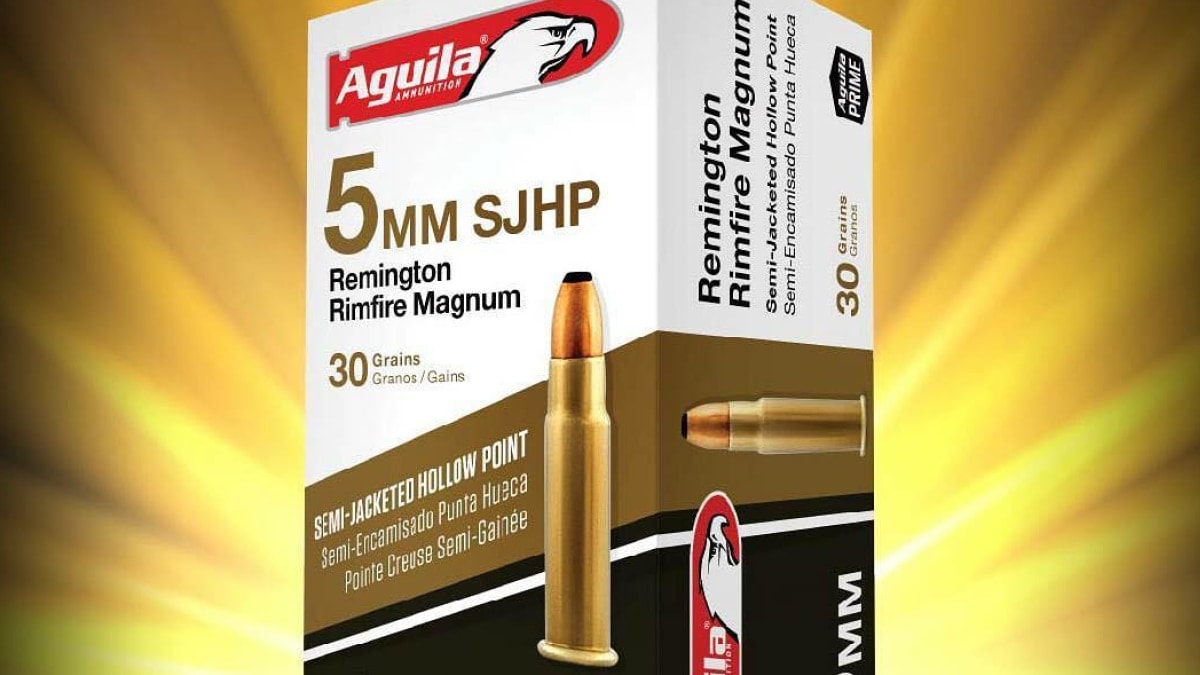 The 30-grain SJHP 5mm RRM generates 2,200fps and will be available in January. (Photo: Aquila)

The new 5mm RRM loading from Aguila promises to be a 30-grain, semi-jacketed hollow point packed in 50-round boxes.

Designed in the 1960s by Remington, Big Green long ago stopped making the factory-fresh 5mm RRM ammo leaving Aquila to pick up the slack and the company, which brought the cartridge back in 2008, has a second helping.

“We have been listening to all of your 5mm requests and demands and we are very excited to announce 5mm is now running limited production!” announced Aquila on Monday.

The new 5mm RRM offering is a 30-grain SJHP that clocks in at 2,200 feet-per-second and meets the company’s Aguila Prime standards. Packaged using the company’s new logo rather than under the Centurion Ordnance branding like the circa 2008 offering, MSRP will be $29.99 per 50-round box.

The new loading is set to be available in January 2019 which means those looking to feed their vintage Remington Model 591 and 592s as well as other 5mm RRM chambered rifles have something to look forward to.