With the troops for Christmas through the years (PHOTOS)

Servicemembers throughout the centuries unable to return home for the holiday have found a way to keep the tradition alive while deployed.

Celebrated in the U.S. as far back as 1539 when Spanish explorer Hernando de Soto wintered in Florida, it was made a federal holiday by President Ulysses S. Grant in 1870. The event has a special place in the hearts of those in uniform missing their family and has been documented extensively over the years. 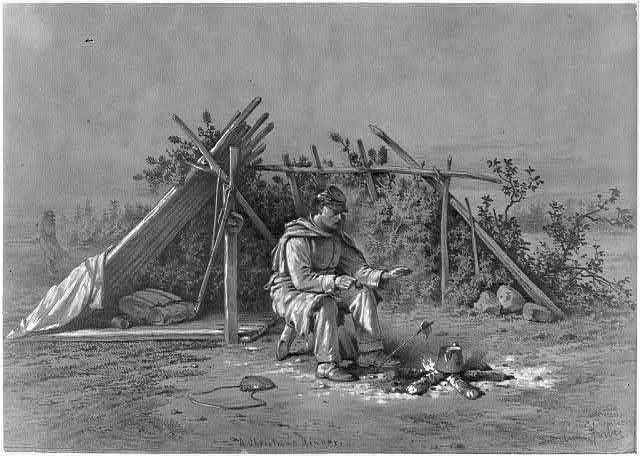 A Christmas dinner. A scene on the outer picket line by Edwin Forbes, (Photo: Library of Congress) 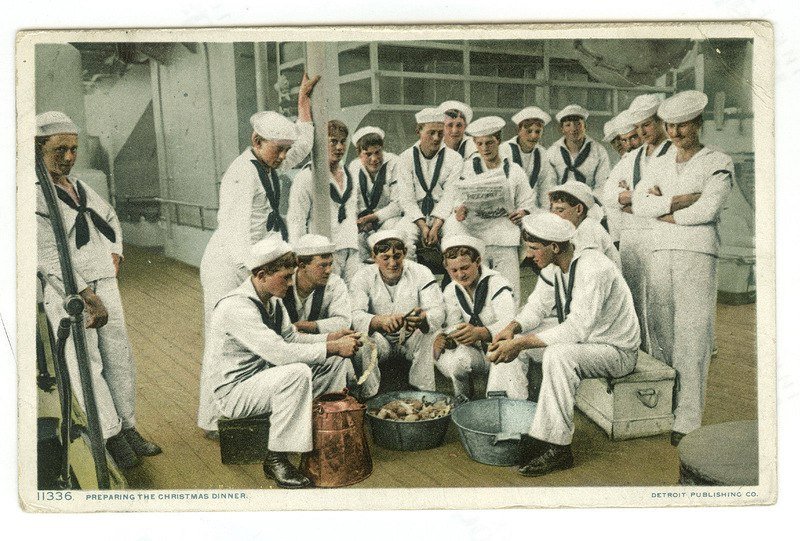 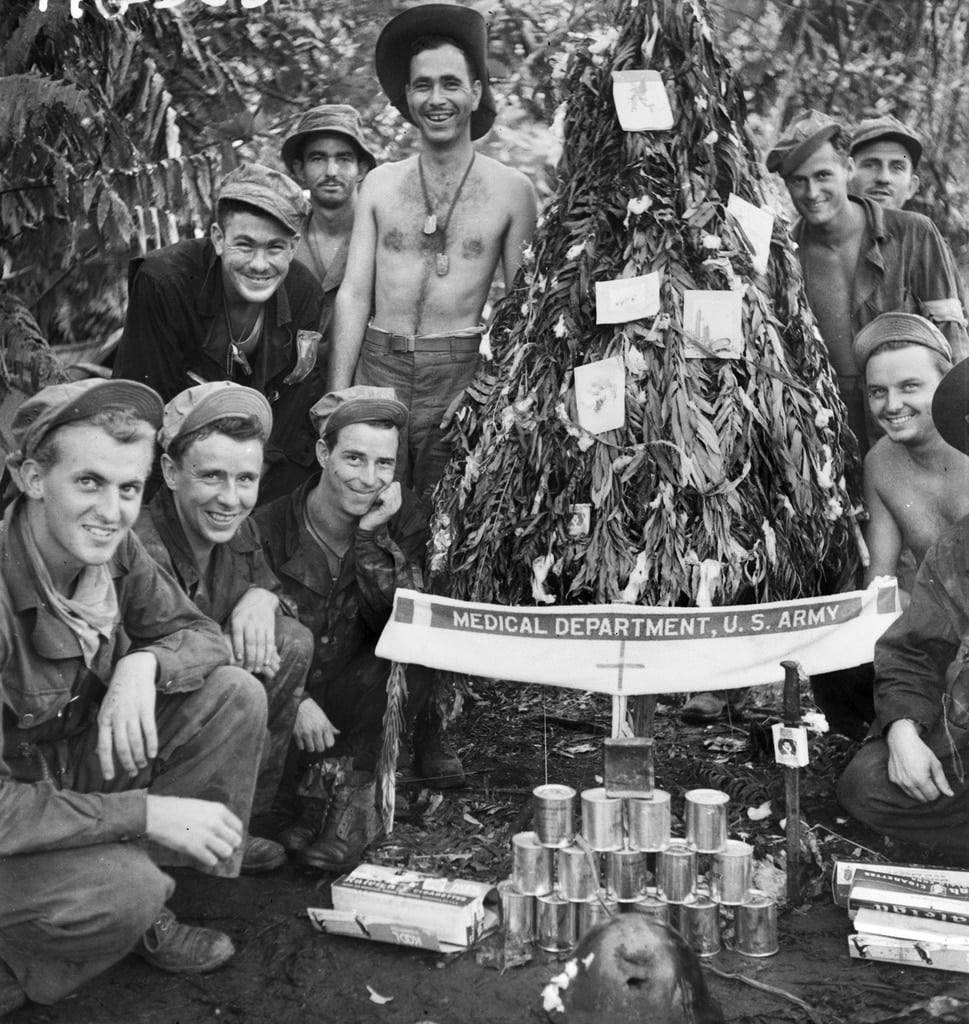 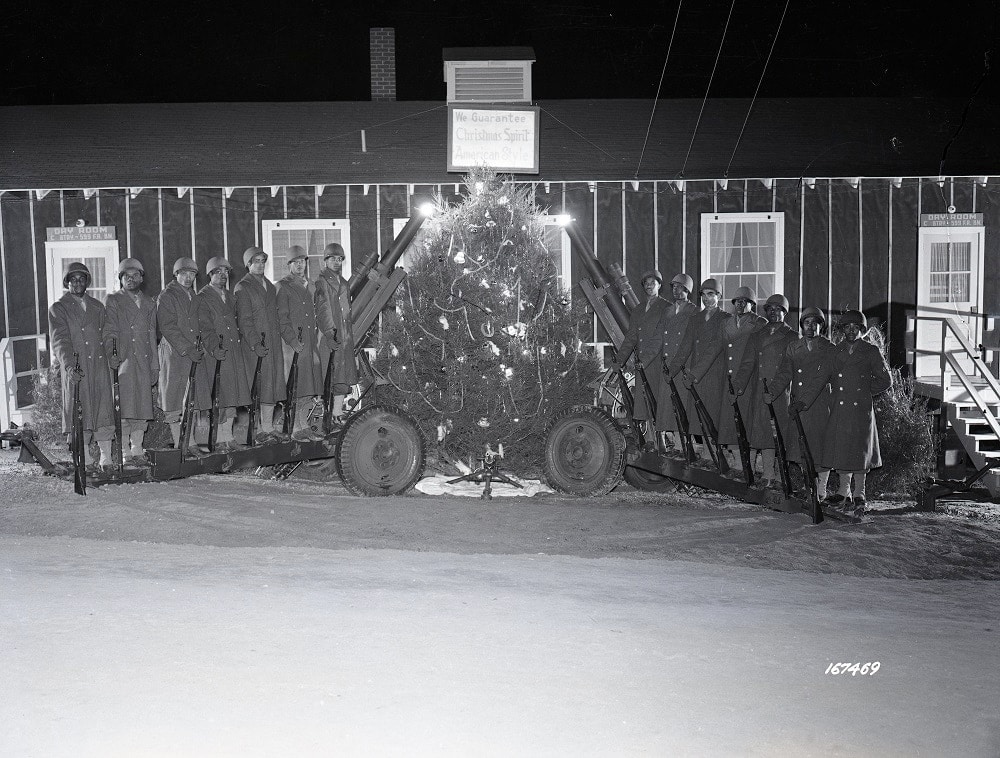 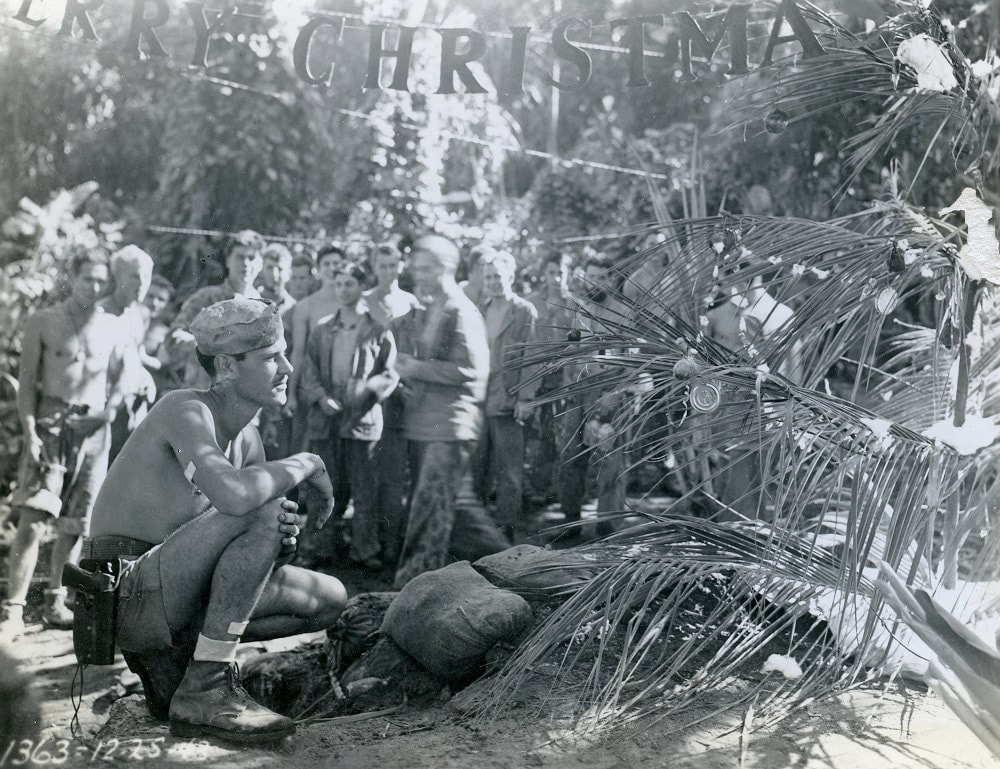 “Longing for home is Top Sgt. Tom Dameron as he looks at the Christmas tree his Company has put up. Bougainville. December 25th 1943” Note Dameron’s customised holster for his 1911 (Photo National Archives) 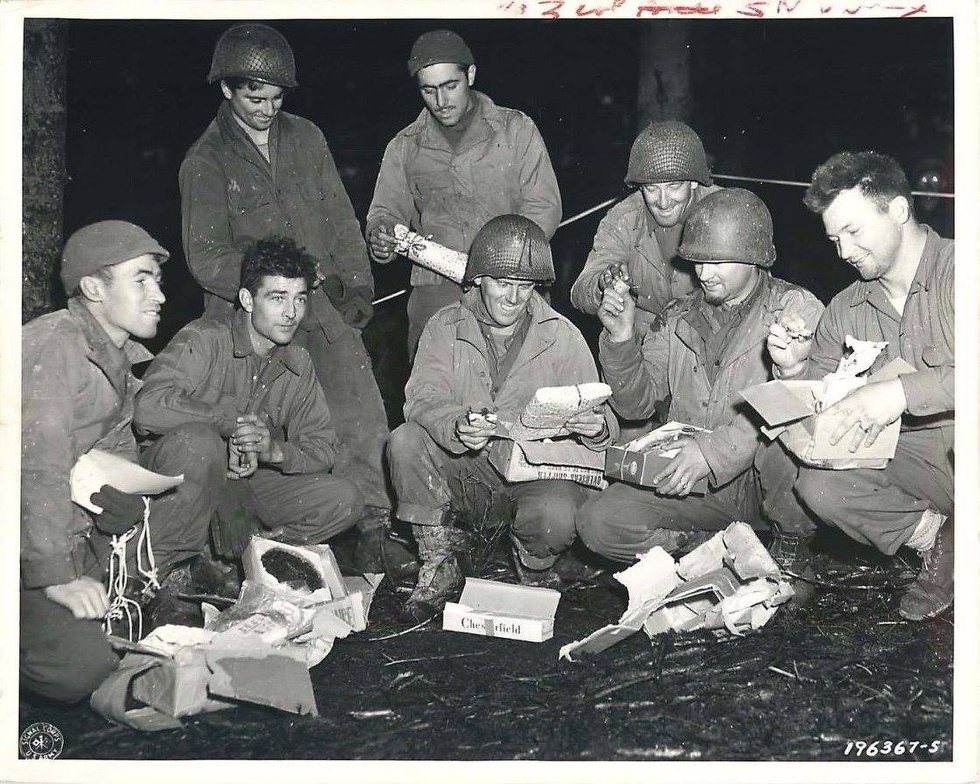 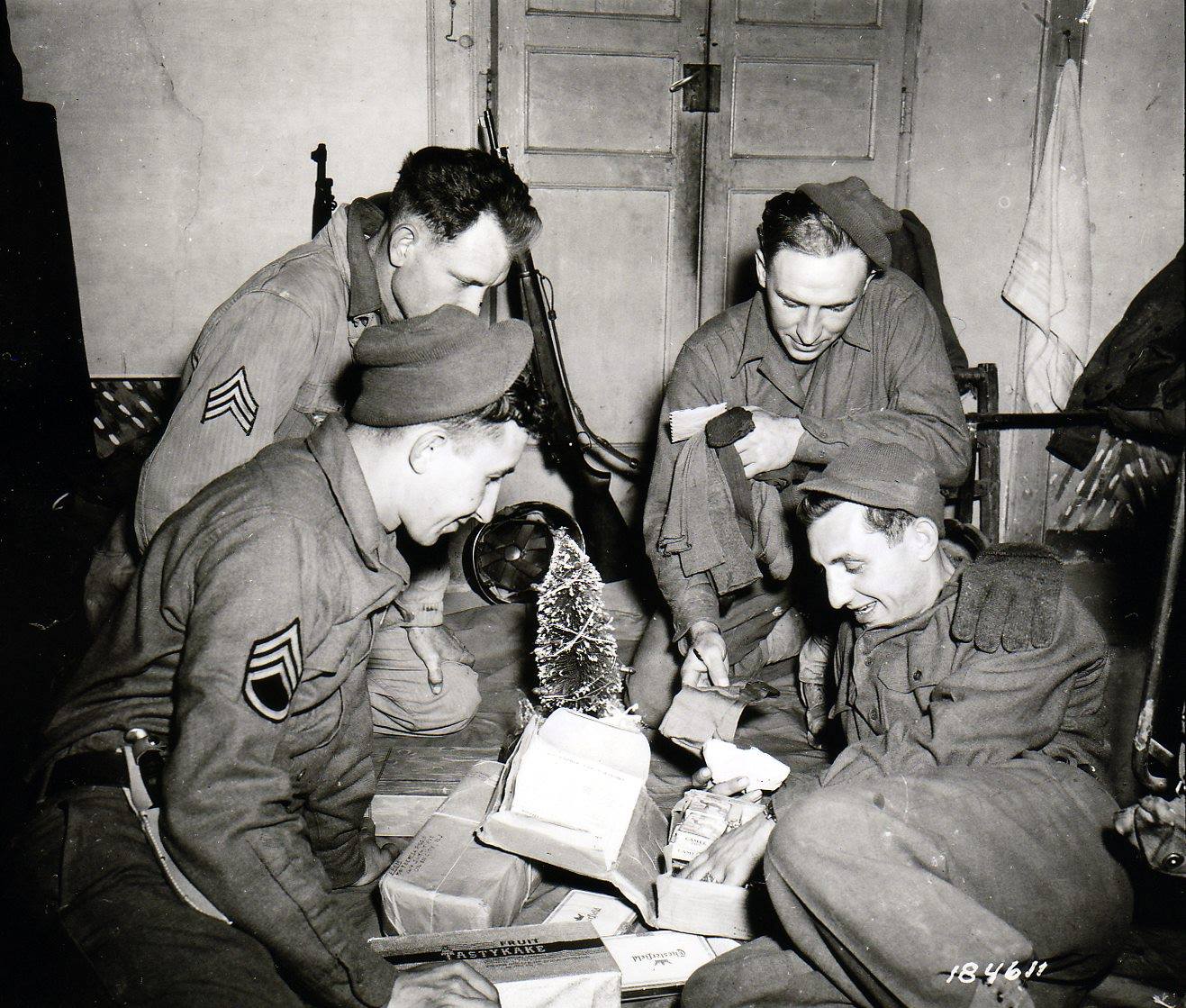 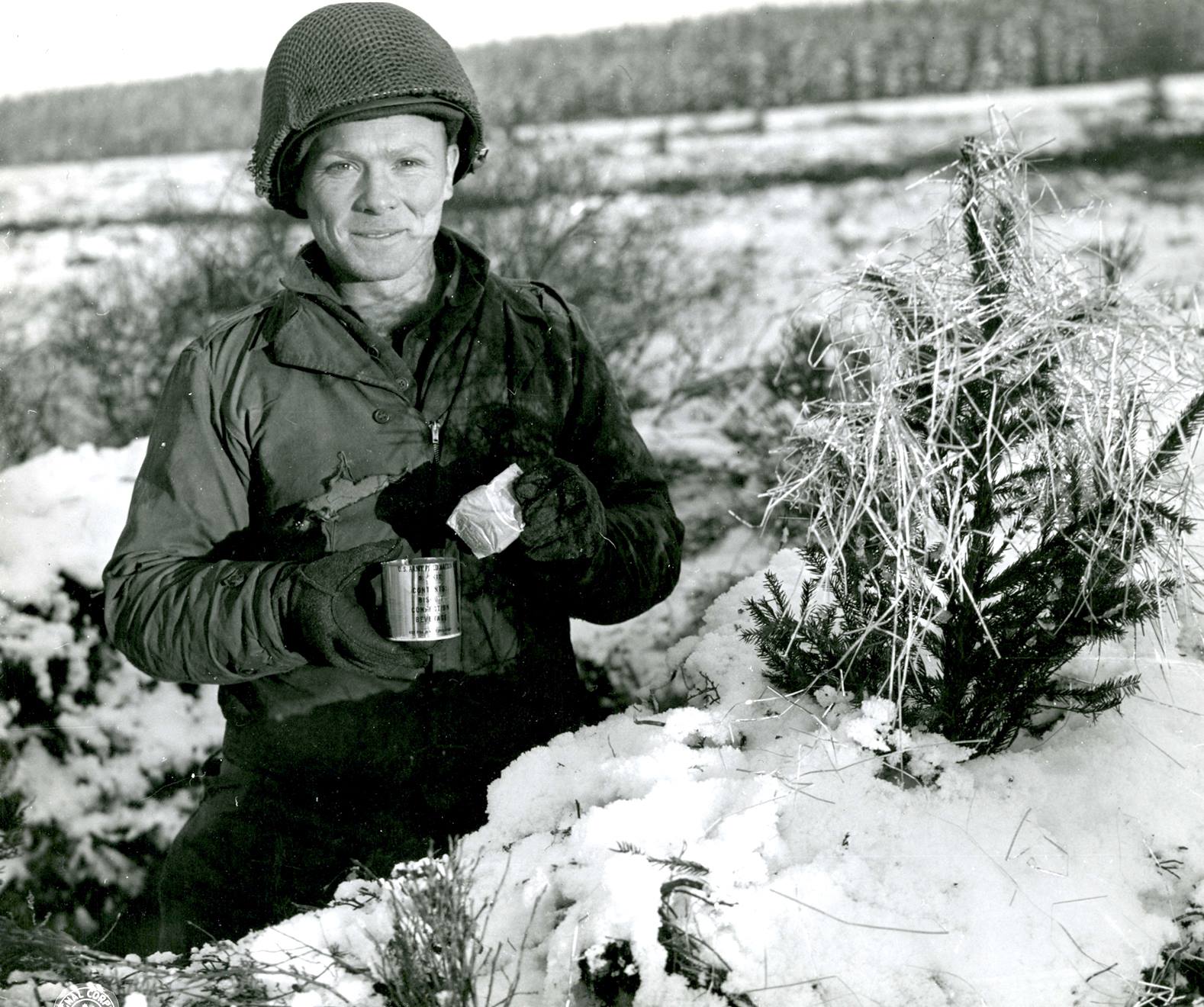 “S/Sgt. John F. O’Brien of Pittsburgh, Pennsylvania, while in a foxhole, decorates a Christmas tree with C ration can and tinsel dropped from U.S. planes, in the Monschau area, Germany. Tinfoil is dropped by American planes to interrupt the enemy radar system.” Photographer: Spangle. Date: December 23rd, 1944 (Photo: National Archives) 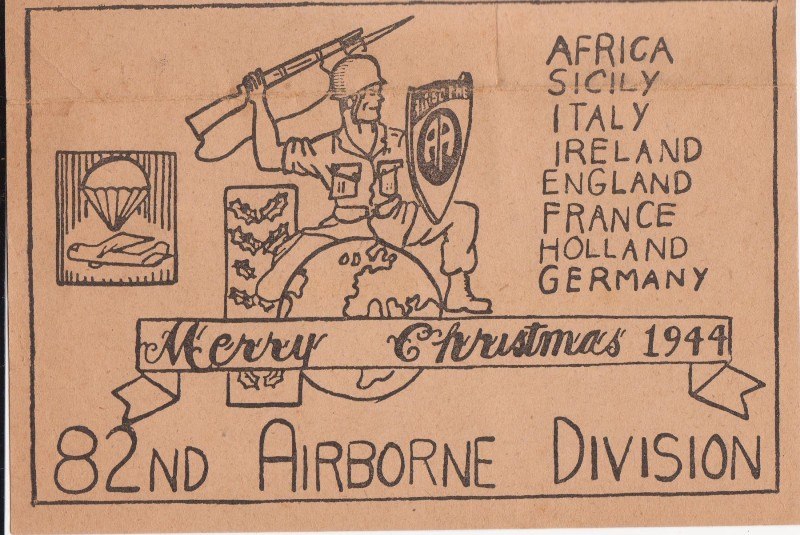 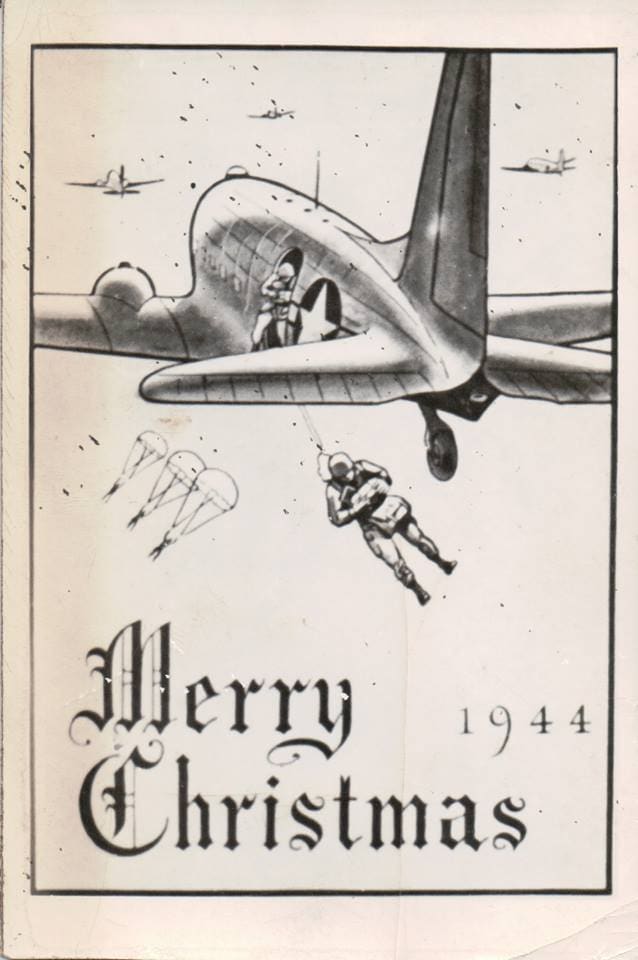 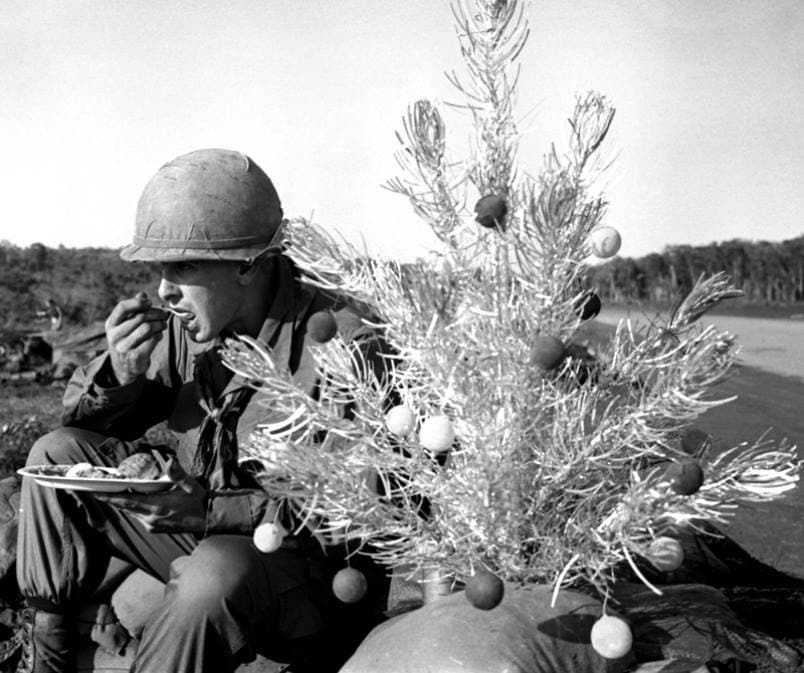 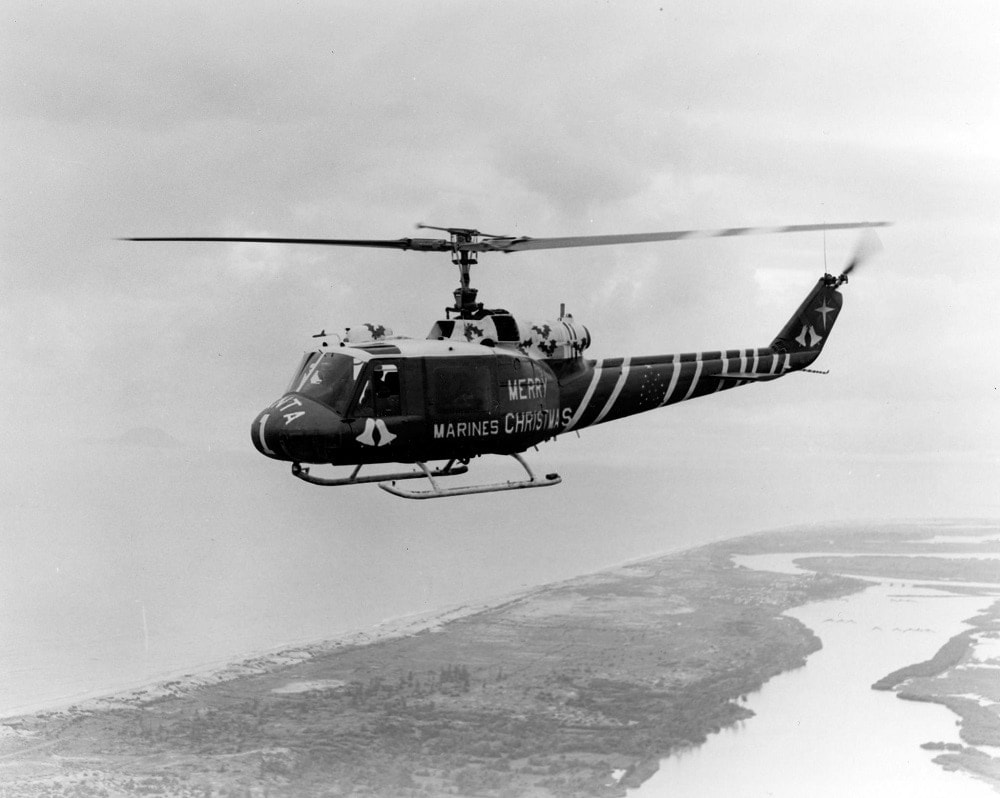 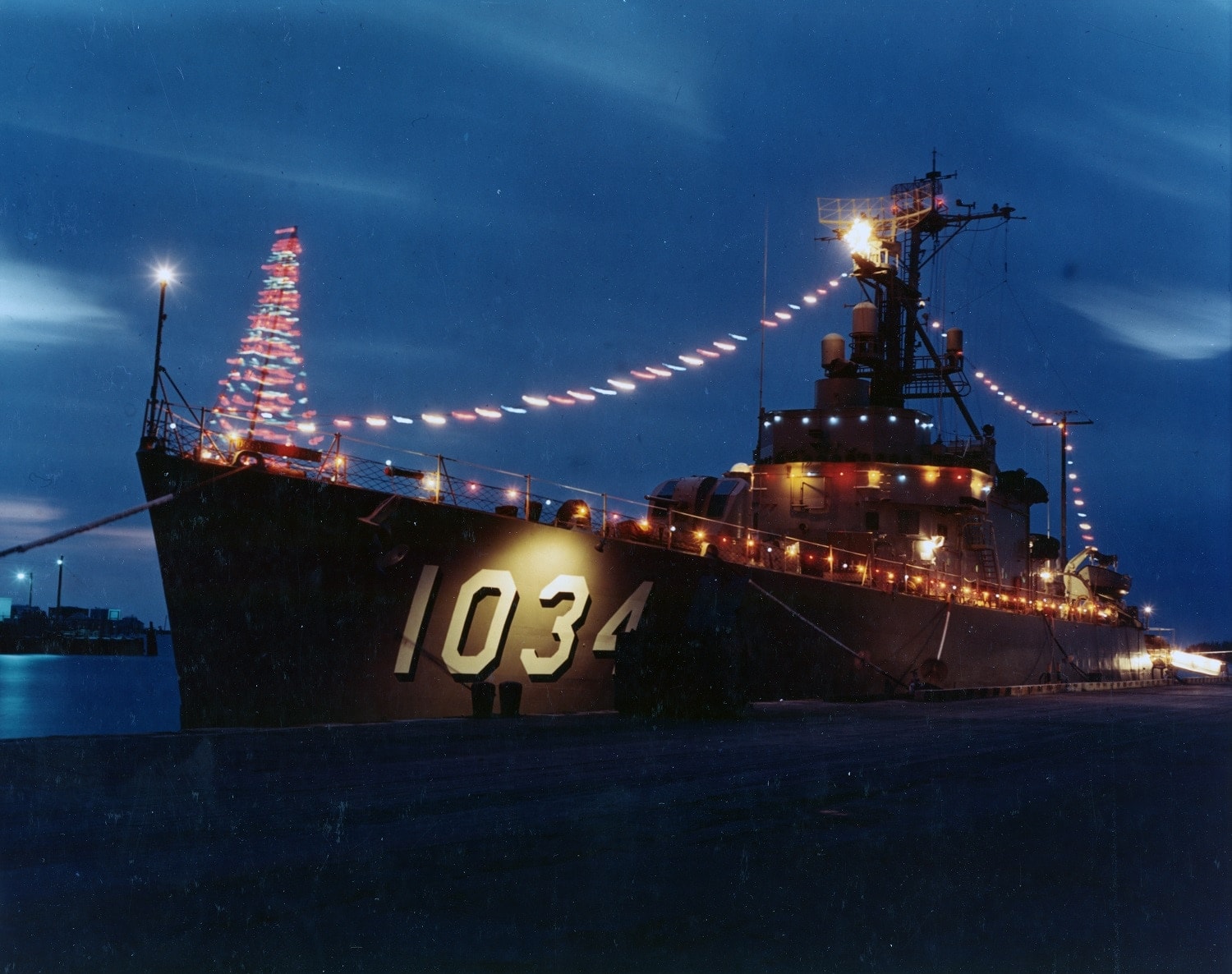 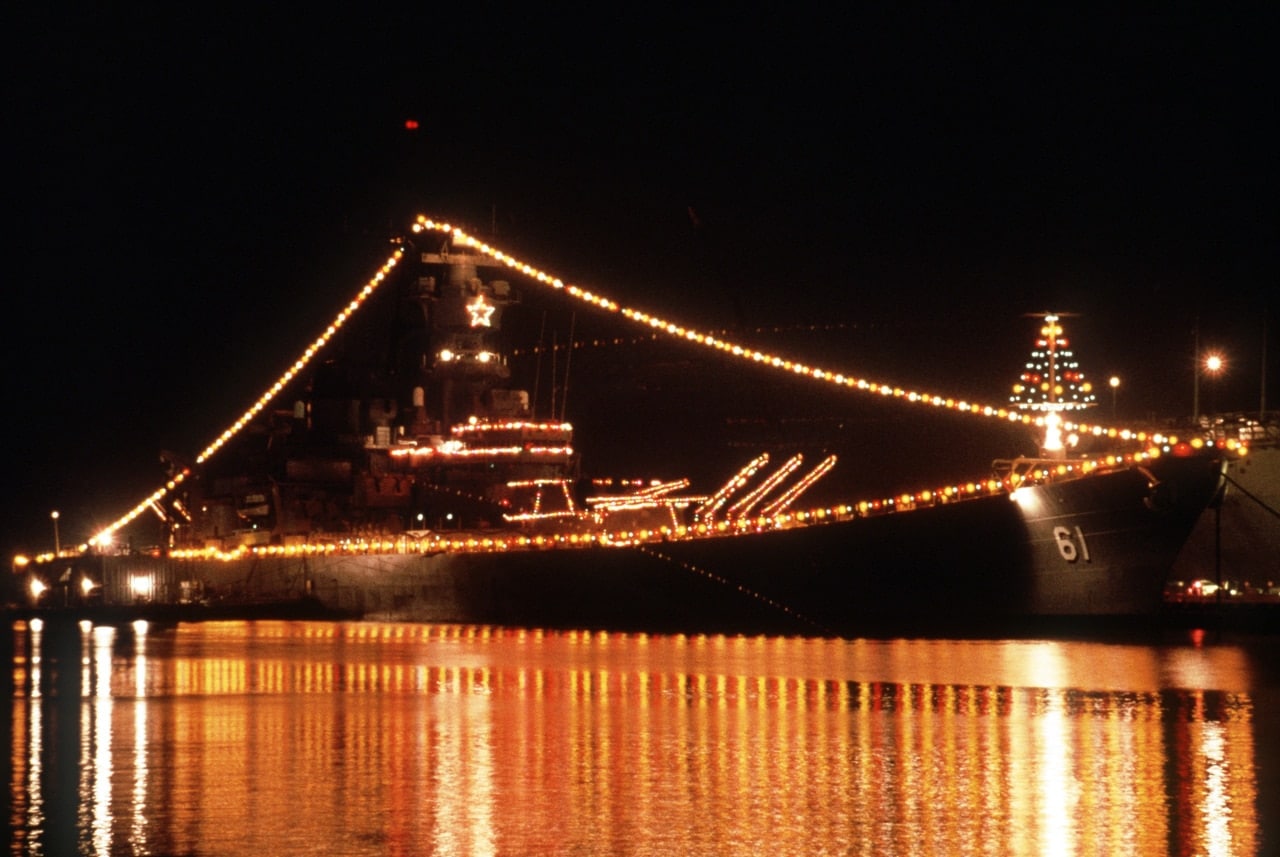 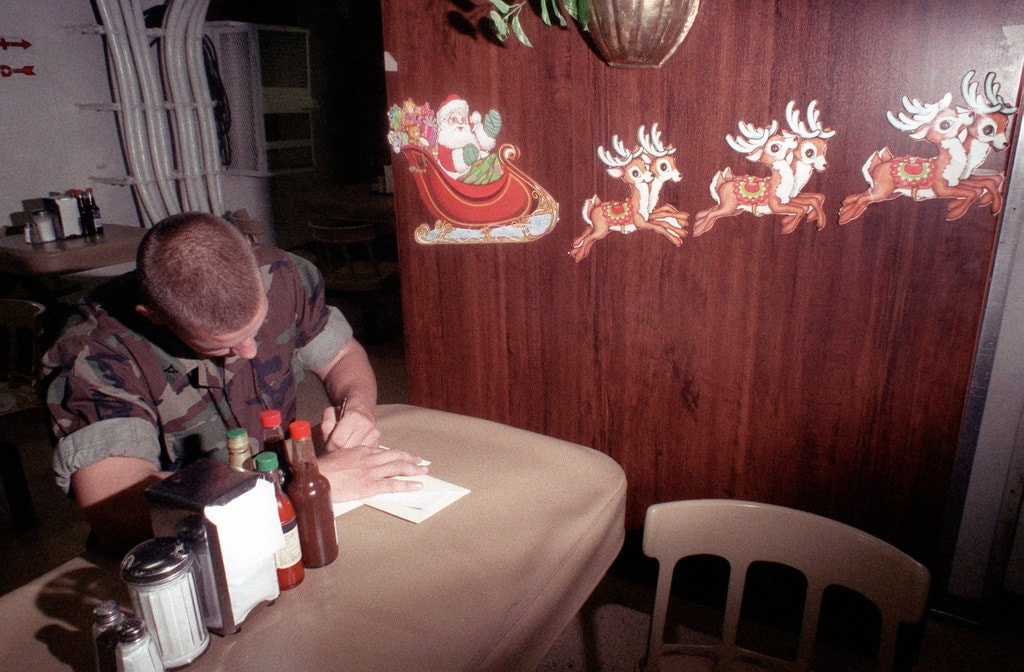 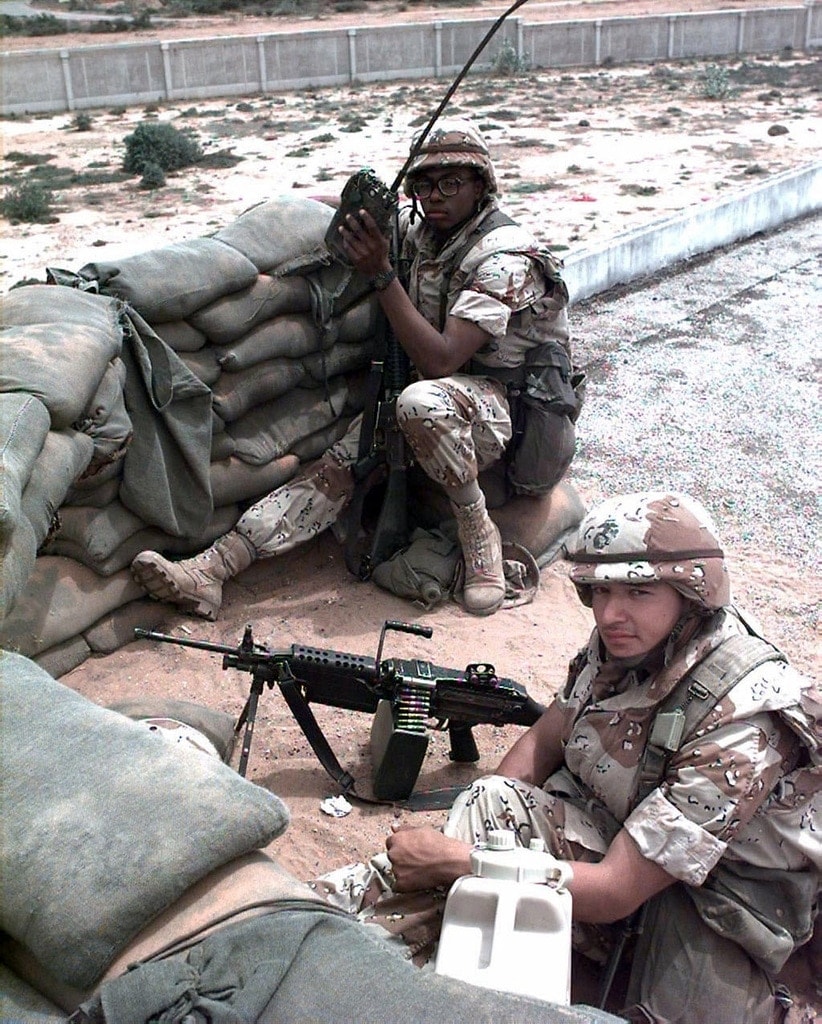 Two Marines sit behind a wall of sandbags about three feet high. They stand Christmas Day watch atop the roof of the old American School in the former Amercian Embassy compound in Mogadishu, Somalia. PFC Mario Munoz, of Glendora, California, is on the right side of the frame and sits next to an M60 Machine Gun. LCPL Conrad Robinson, of Albany, Georgia, is near the top of the frame and holds a portable two-way radio. This mission is in support of Operation Restore Hope, 1993 (Photo: National Archives) 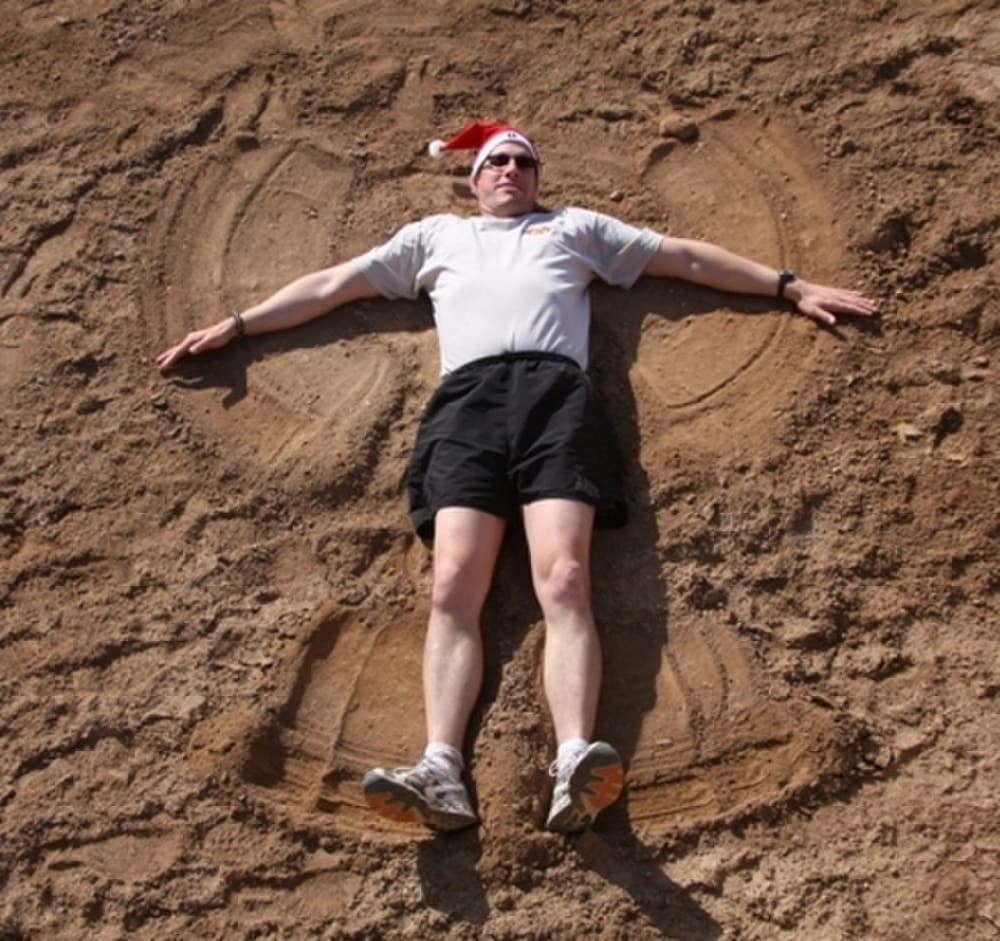 Capt. David Peyok with the 1-158th Field Artillery Battalion does not let a lack of snow dampen his spirits as he makes a “Sand Angel” in the dirt while celebrating Christmas at Camp Ramadi, Iraq. (Photo: Department of Defense) 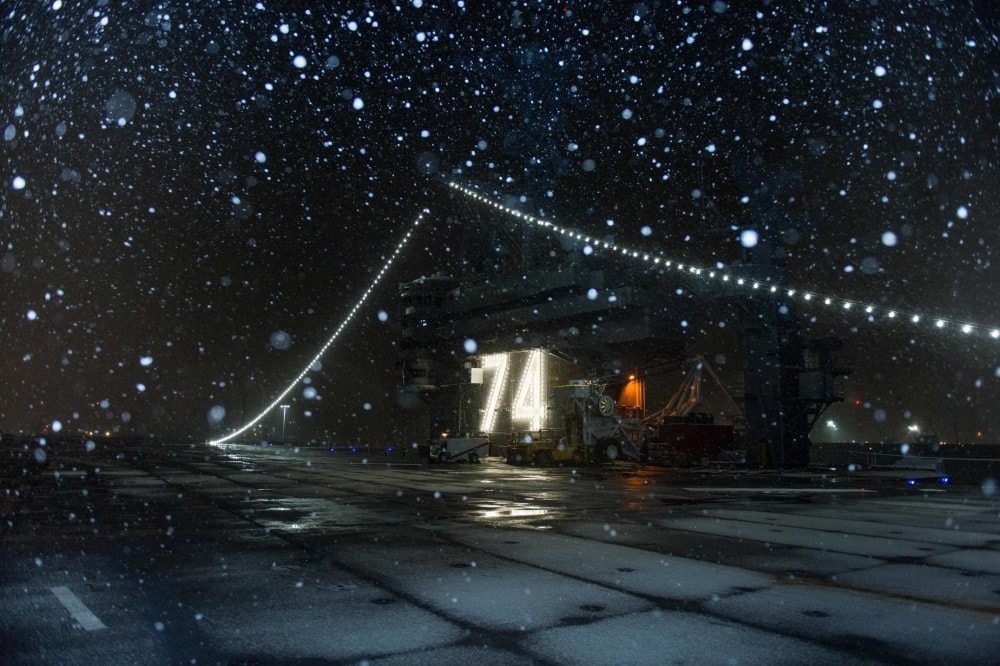 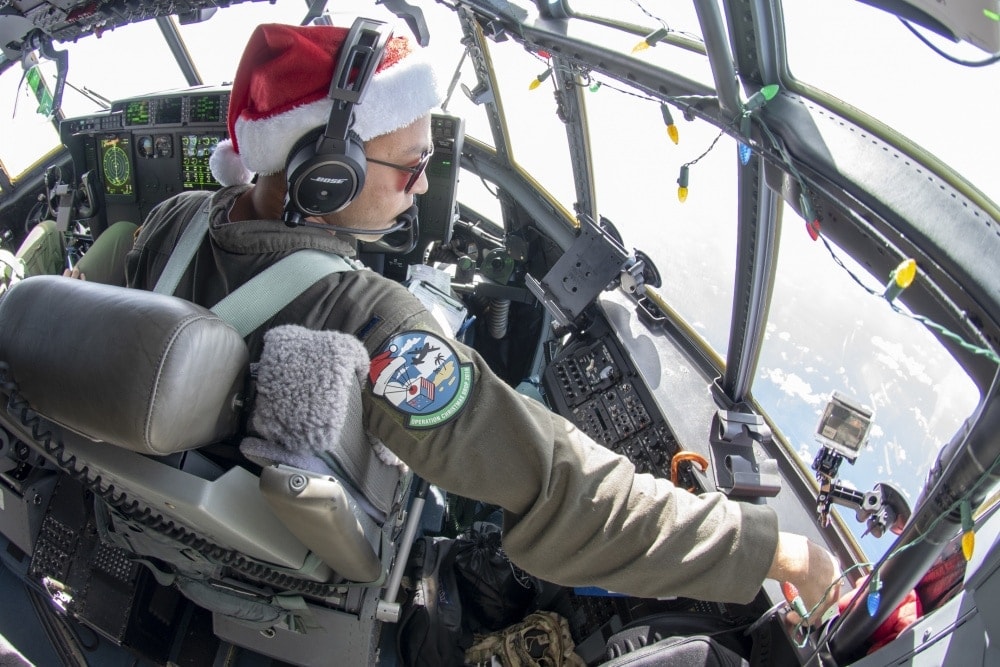