Using a blowback operation, the AK-V takes aesthetic notes from the classic AK design opting for an AK style charging handle, mag release and frame; however, it boasts modern twists that bring it to a more contemporary consumer base. The pistol offers last round bolt hold open, a bolt catch and SBA3 Brace that gives off a more modern vibe. 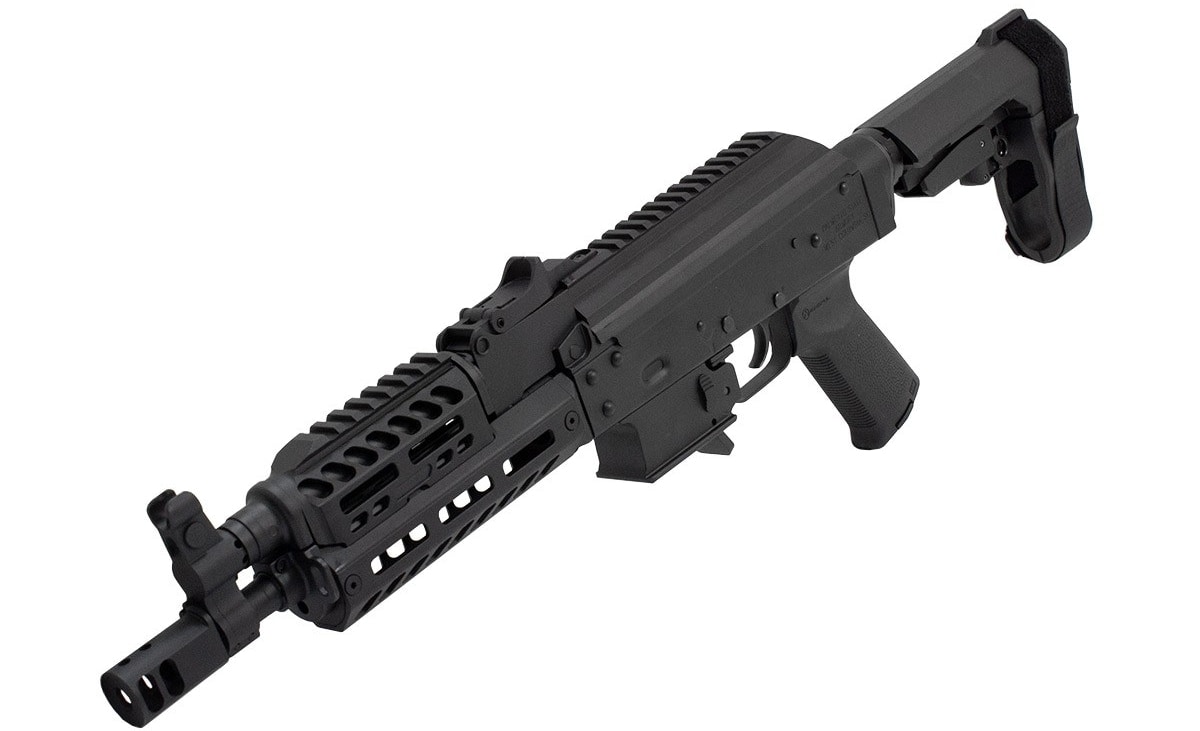 “The AK-V is a 9mm pistol modeled after a design that was built and used for the Vityaz division of Russian special forces. Vityaz has since been disbanded, but the design of their CQB 9mm lives on,” Palmetto State Armory said in a news release. “Vityaz wanted a sub-gun, and this is what they got.”

The PSA AK-V falls under the manufacturer’s Unlimited Lifetime Warranty and is shipping in limited supplies. No word on exact pricing but rumors are that it will come in around the sub-$1000 mark.