In honor of their 100th Anniversary, Mossberg has announced a return to the type of platform they launched with in 1919 — a compact pistol.

Announced Thursday, the new 9mm Mossberg MC1sc pistol weighs some 22-ounces while fully loaded (19 empty), largely due to its polymer frame. Billed as ideal for every day carry, the new pistol boasts a 6-round flush-fit and 7-round extended magazine while a 3.4-inch barrel translates to a 6.25-inch overall length. As such, it is about the same size as the standard Glock 43 which boasts the same magazine capacity.

Mossberg is playing up the angles on their new handgun– literally– by touting the MC1sc’s grip angle and flat-profile trigger that includes an integrated blade safety, although an optional cross-bolt safety model is available. 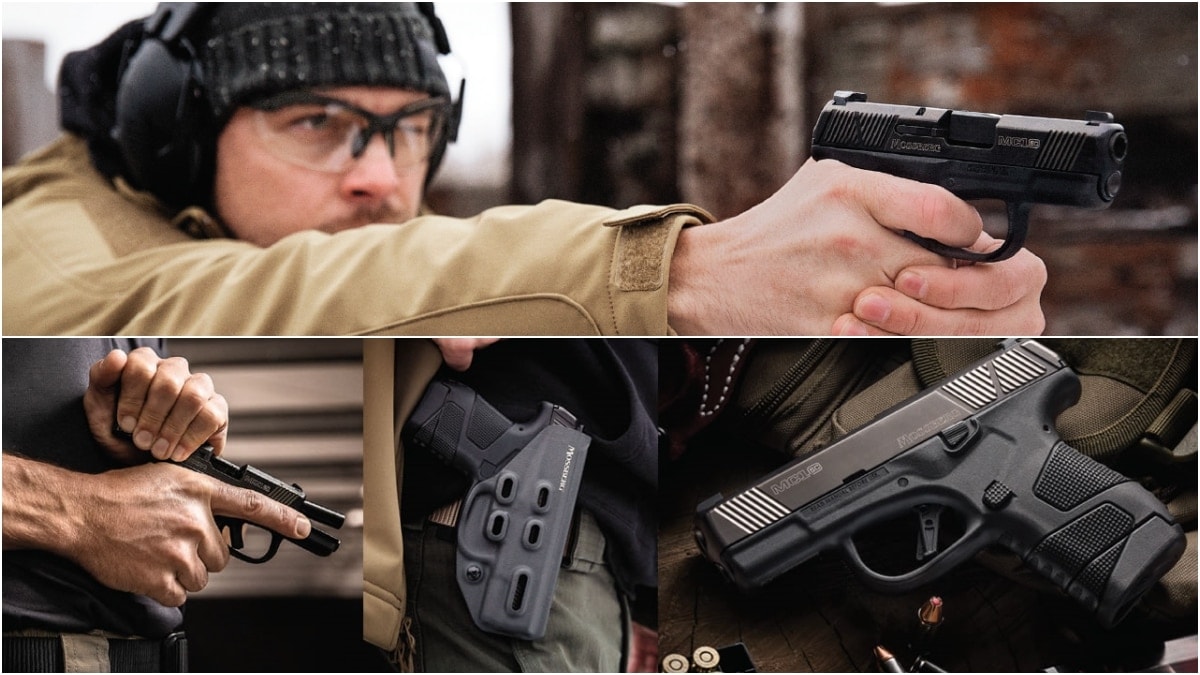 The MC1sc has a 6+1 capacity and hits the same size envelope of the standard G43 single stack at retail that starts about $425. (Photos: Mossberg)

Other features include multi-angle serrations on the Diamond-Like Carbon Coated 416 stainless slide, a reversible mag release, a takedown system that omits the need to pull the trigger– always handy in a striker-fired handgun– and an extended trigger guard.

The pistol run between $425 and $526 across four models with various options.

As does its optional variant with a cross-bolt safety

The Viridian laser-equipped version retails for $514

While a fourth model, with Truglo Tritium PROs, costs $526, suggested.

Swedish immigrant Oscar Frederick Mossberg worked for a number of New England-based firearm companies in the late 19th and early 20th centuries before, allied with his two sons, he jumped into the market with his own Mossberg-branded gun, the .22LR Brownie pistol. A four-shot break-action pocket gun with a rotating firing pin, some 32,000 of the little Brownies were cranked out before 1932 when Mossberg closed out the classic pistol and moved on to shotguns and rifles. Other than pistol versions of their Model 715 .22LR rifles, the MC1sc is the company’s first foray into handguns since then.