An improvement on their VR60 concept, the new VR80 uses a 5-round detachable box magazine but can accept the VR60’s nine- or 19 shot mags. Weighing in at 9 pounds when loaded, the VR80 runs 40-inches overall with its 20-inch contoured Mobi Choke barrel.

Constructed with 7075 T6 aluminum upper and lower receivers– the VR60 used a lot of polymer– the shotgun uses a Bufferbolt system in its action as well as a Buffer THS thumbhole stock to help tame recoil, which is good as the VR80 accepts both 2.75- and 3-inch shells. 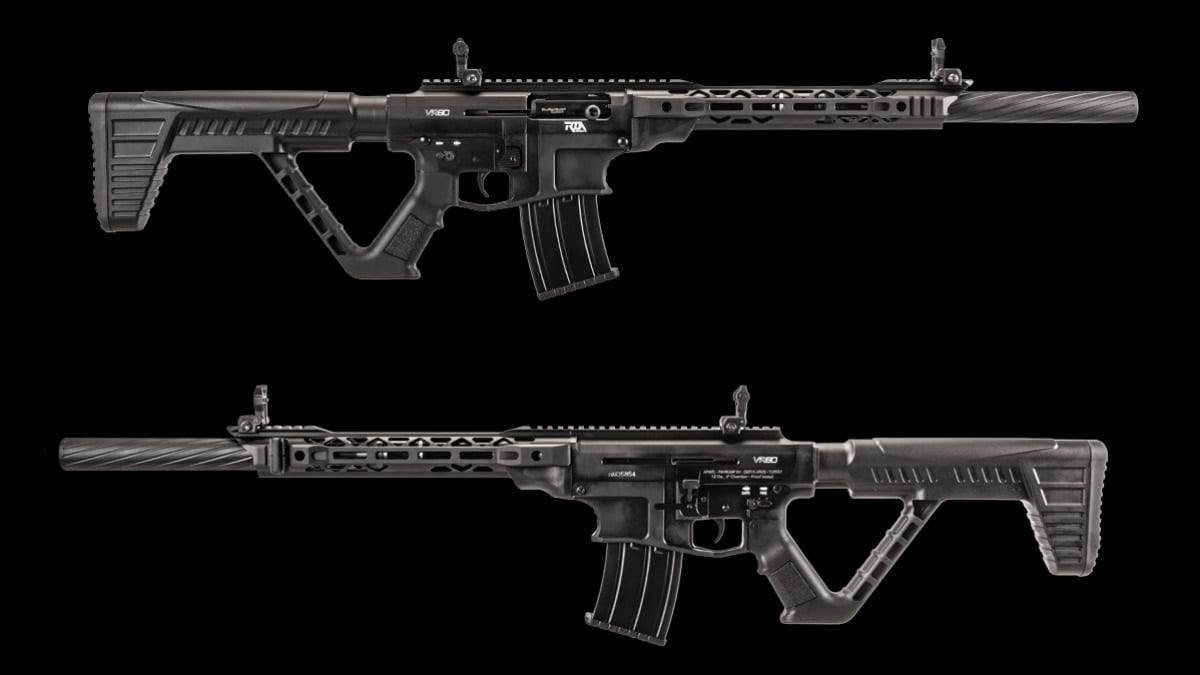 The VR80 is imported with a non-telescoping thumbhole buttstock to meet the sporting purposes requirements for import but it can be easily swapped out. (Photos: RIA)

The controls are ambidextrous while the gun is customizable as it accepts most commercial buffer tube stocks and pistol grips.

RIA bills the VR80 as ideal for 3-gun enthusiasts as its AR-15-style surface controls build on already-established muscle memory from that platform. Also, note the fluted barrel shroud and top Pic rail that comes with factory flip-up sights.

Retail is $699 with two five-round box mags and the VR80 will be available at retailers starting March 1.

Legally Armed America goes into a 20-minute review on the new box-fed scattergun, below: