Colt brings back the .357 Mag King Cobra revolver, and it has a 3-inch barrel (PHOTOS) 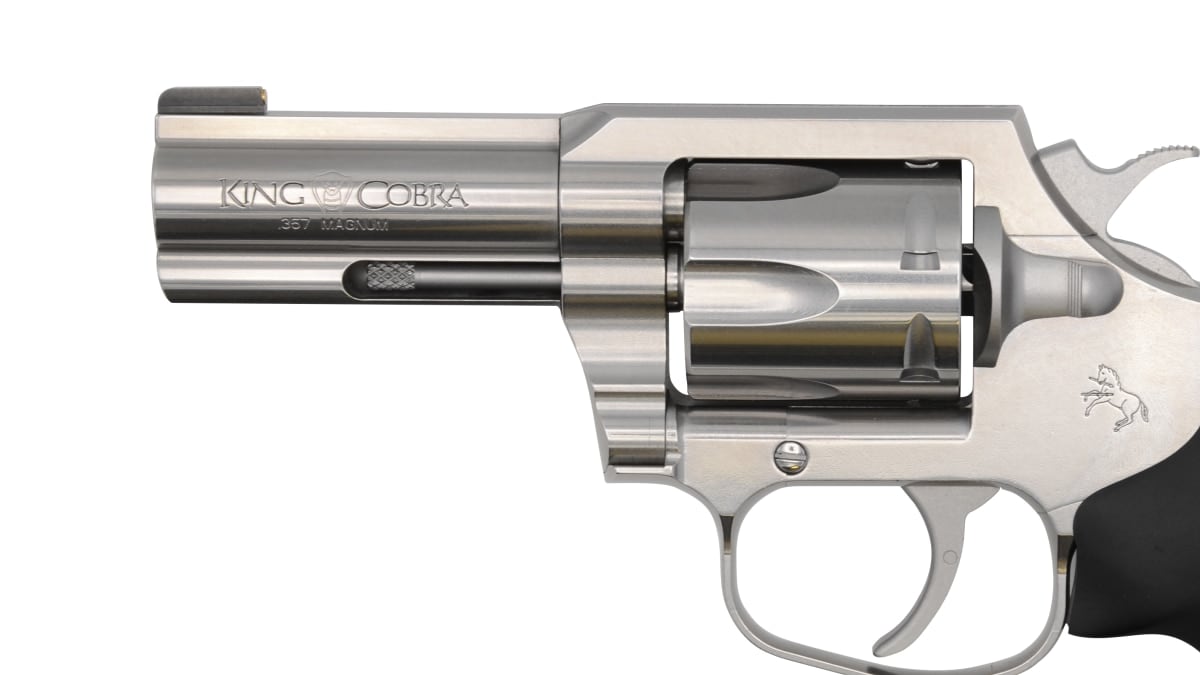 A throwback to the days of the classic 1980s .357 snake gun whose name it bears, the new Colt King Cobra runs a 3-inch barrel, which the vintage gun never did in its standard production. (Photos: Colt)

On a steady path to expand their return to the wheel gun market, Colt has crowned their rebooted Cobra series for 2019 to offer a new King Cobra in .357 Magnum. Offered in brushed stainless steel with a full-lug 3-inch barrel, the six-shot .357/.38SPL King Cobra was announced just in time for the National Shooting Sports Foundation’s SHOT Show in Las Vegas, later this month.

Justin Baldini, Product Director at Colt, said customers “started asking for a .357 version of our Cobra immediately after the release” of that handgun in 2017 and “at that moment we knew we had to prioritize this great addition to the Cobra family.” 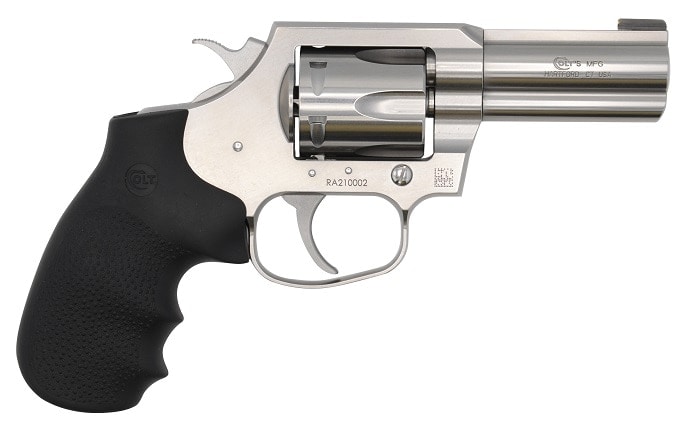 Featuring Hogue overmolded grips and a user-replaceable brass bead front sight, the newest snake gun uses the same Linear Leaf spring trigger as in the rest of Colt’s Cobra line. Speaking of which, the retail on the King Cobra is $899, which is the same as Colt’s black DLC-coated Night Cobra .38SPL snub and $200 more than the standard Cobra 2-inch.

The choice of barrel length on the new King Cobra is interesting. The original revolver was first introduced in 1986 and was made in 2, 2.5, 4, 6 and 8-inch variants across the revolver’s original commercial production, which ended in 1998. 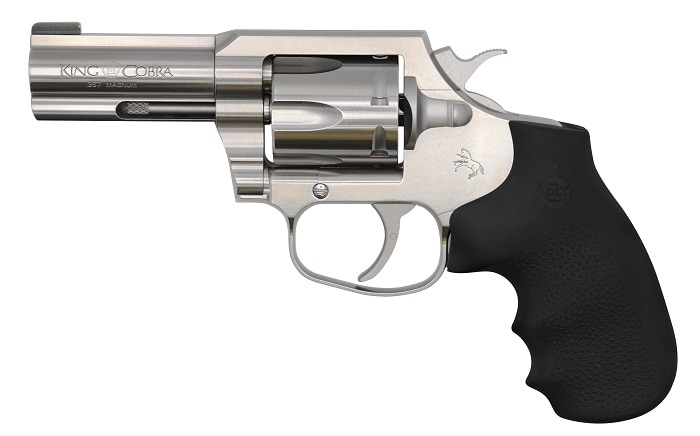