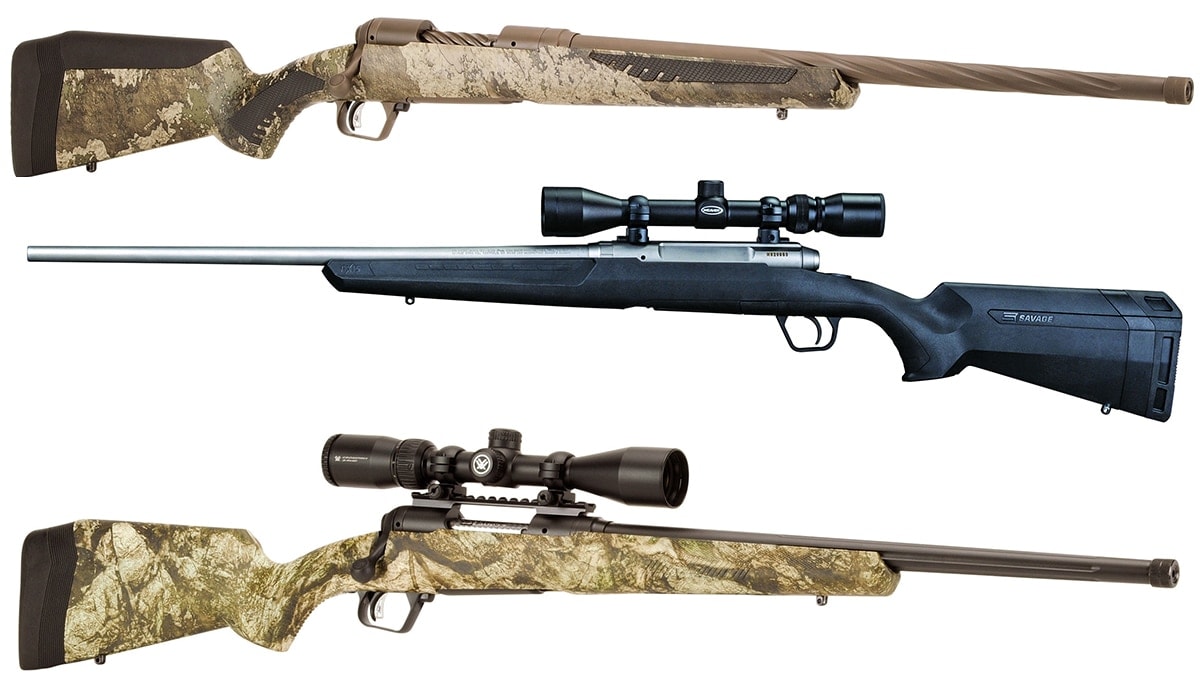 Savage Arms will debut 40 new products at SHOT Show in Las Vegas including limited edition rifles and expansions on favorites.

The company announced its XP scoped rifle series will see an expansion as well as improvements, bringing a new Apex XP and kid-friendly Rascal Target XP to market. The 110 Apex XP will enter the series and will boast Vortex optics while the current AXIS XP will be revamped with a modernized stock.

Speaking of long range, the company’s MSR 15 and MSR 10 rifles will see new options for long-range shooters in addition to precision and competition shooters. The lineup will still continue to offer the same accuracy and performance Savage fans have come to expect from the company with a “full suite of custom upgrades packaged as standard features.”

Savage Arms also announced a new single-shot turkey gun designed around Federal Premium’s .410 Heavyweight TSS turkey loads. Savage is set to celebrate 125 years in business in 2019 and with that will debut limited edition rifles to its consumers though no specifics have been offered.

Guns.com will be at SHOT Show later this month so stay tuned for full coverage.