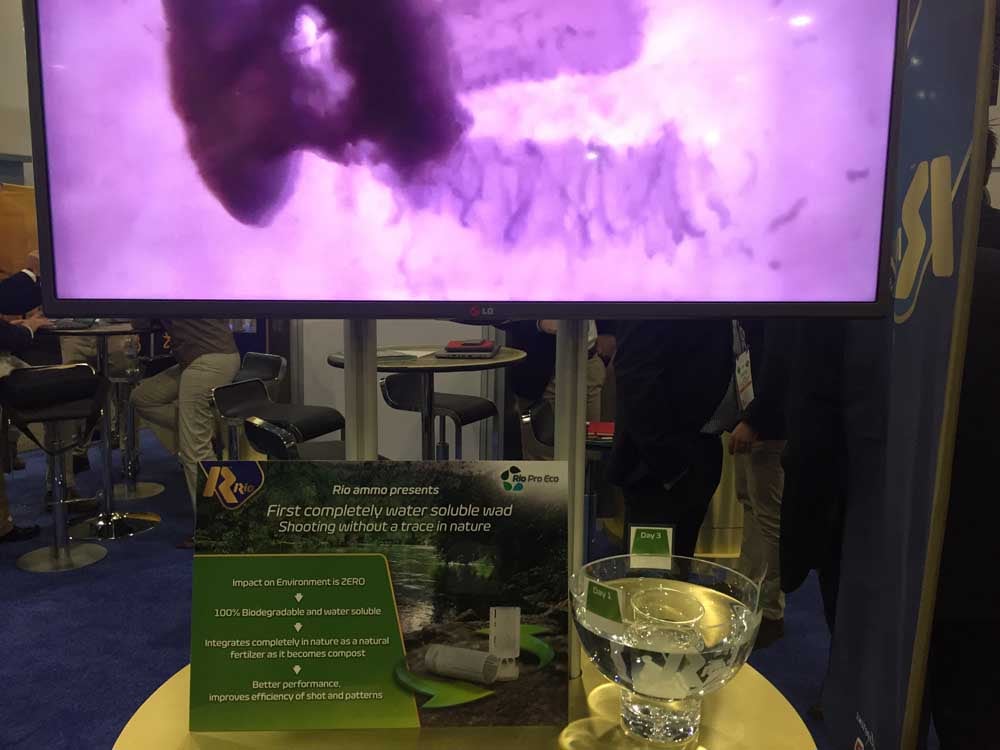 Rio’s display on the new Eco Wad was the cornerstone of their booth at SHOT 2019. (Photo: Kristin Alberts/Guns.com)

Hunters and shooters have proven time and time again that they lead the charge in conserving our natural resources. Until now, however, plastic shotgun wads have been one component of the shooting sports to litter the environment. Rio has changed all that. Their introduction of a fully biodegradable wad is one of the more innovative announcements at SHOT Show 2019.

The “zero-plastic” wad is actually made with a vegetal-origin base. Depending on conditions, the spent wad will dissolve within 24-48 hours. As the company demonstrated on the show floor, a wad tossed into a clear bowl of water had dissolved into an unrecognizable slippery mass within only a few hours. Not only does the wad dissolve, but also turns into a fertilizer. As of early 2019, the new wad technology will be used solely in the company’s Eco Blue Steel line of 12-gauge game loads.

Rio’s new wad technology is fantastic in theory.  Of course, we haven’t had the chance to pull the trigger on any of the company’s Eco Blue Steel loads, but if they pattern well and perform in the field, Rio has a potential game changer. Aside from the new Eco Wad, Rio specializes in non-metallic ammunition, so they’re no stranger to innovations for shotgunners and hunters. The Spanish-based company has a United States foothold in Texas.