Traditions XBR Crackshot: One of SHOT's most unique products 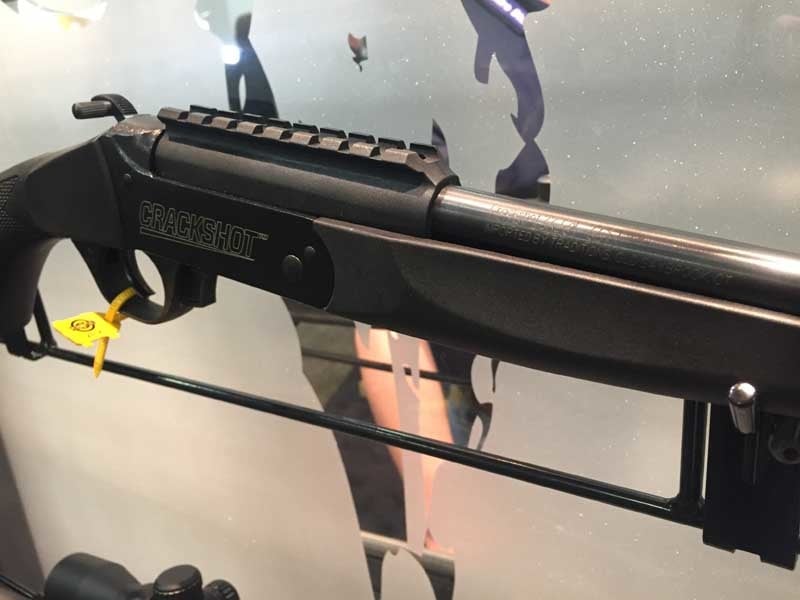 The Traditions Crackshot rimfire rifle has been around for some time, as this 16.5 inch barreled .22LR. What makes the package interesting in 2019 is the XBR Upper, bolts, and blanks. (Photo: Kristin Alberts/Guns.com)

Unique has been a word tossed around to describe a number of hunting weapons that find themselves without a particular genre. Things like the Air Bow and big-bore PCP air rifles have been creating their own alt-hunting categories. Now Traditions, the company long known for budget-friendly muzzleloaders and centerfire imports, is the first to carve out a new space with the XBR Crackshot, a rimfire rifle that moonlights as an arrow launcher.

What is the XBR Crackshot? 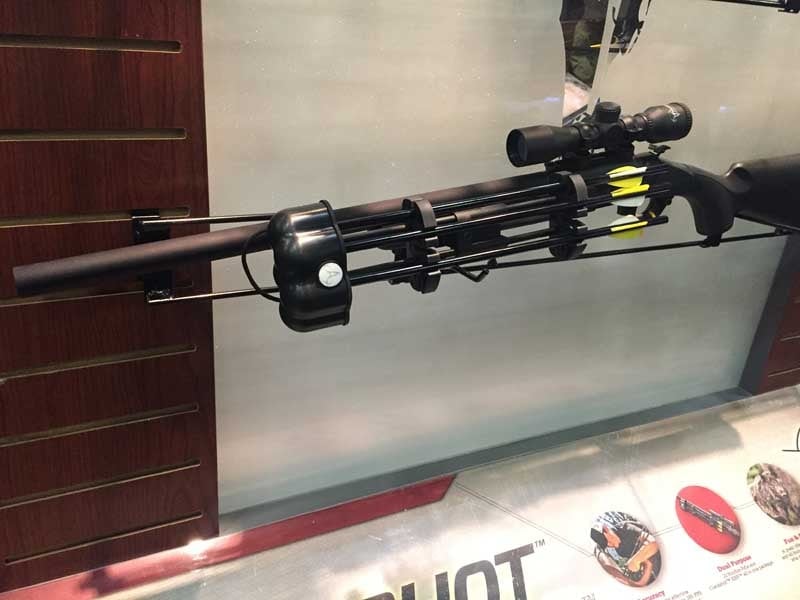 The Traditions XBR bolt-launcher fires at an advertised 385 FPS and can handle standard fixed blade broadheads, making it a legitimate hunting weapon. All that remains is determining full legality for hunting seasons, through it should currently be allowed in the same locales as the Pioneer Air Bow. (Photo: Kristin Alberts/Guns.com)

To fully understand the XBR Crackshot, one must first be familiar with Traditions basic rimfire cartridge Crackshot break-action rifle. That single shot .22LR has now been mated with an alternate upper and will be selling as the XBR combination.  Buyers get a complete Traditions Crackshot rifle in .22LR with a 16.5 inch barrel, and the star of the show, the swappable XBR Upper complete with crossbow bolts.  That Upper is easily interchanged with the .22LR upper, giving shooters two platforms in one package.  It’s not a crossbow, nor an air bow, nor a rifle. Call it what you will, but the XPR will be in a class all its own.

How the XBR Upper Works

The XBR Upper has an inner barrel inside a larger shroud, which allows shooters to slide over the hollow end of a nockless Traditions Firebolt. With the arrow in place, breaking open the action reveals a chamber for a proprietary .27 caliber blank. Firing is as simple as loading the blank, closing the action, disengaging the safety, cocking the hammer, and pulling the trigger.  The company warned that their proprietary .27 caliber blanks are not interchangeable with construction-grade blanks due to pressure concerns.  But no worry, the XBR Powerloads in .27 caliber come in a 100-pack for a retail price of $24.95.

The 16 inch Traditions Firebolt aluminum arrows, or bolts, are advertised to fly at a zippy 385 FPS.  The company touts the XBR’s “effective kill energy out to 70 yards.” At 30 yards, the bolts are driving 94-foot pounds of kinetic energy. Though any shooters can enjoy the benefits of the XBR, Traditions is particularly targeting those who may not be physically able to use a crossbow or compound bow, as they campaign for its use for handicap hunting seasons. Standard fixed broadheads are recommended, though company reps were confident in the performance of mechanicals opening on impact as well. 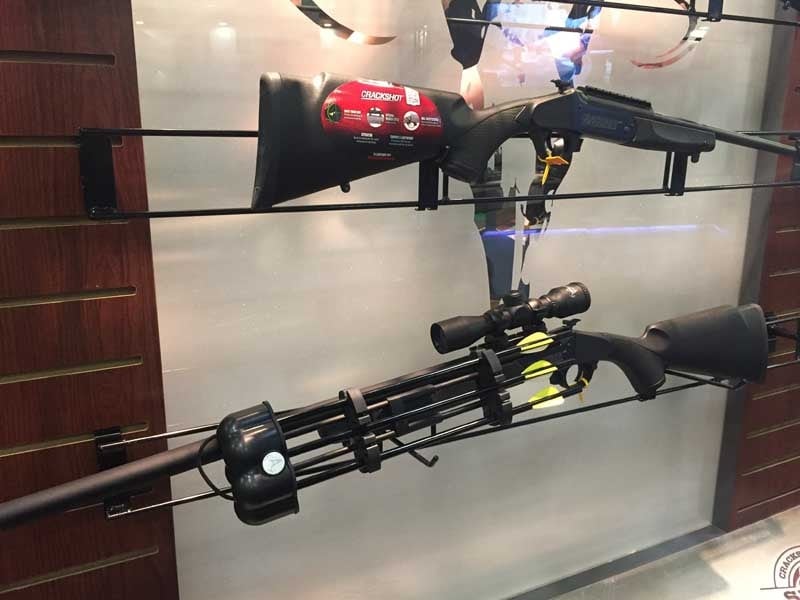 The Traditions display with the XBR had a constant swarm of people standing back and attempting to figure out just what they were looking at. The rimfire configuration is at the top, with the XBR setup below. (Photo: Kristin Alberts/Guns.com)

The Crackshot XBR package comes with a Traditions brand 4×32 optic with a Duplex reticle, as well as three Traditions Firebolt 2216 aluminum 16 inch bolts. The display models at SHOT were black synthetic, though a camouflaged version in Kryptek Highlander Reduced Camo will be available as well.  MSRP on the combos is set at $449 and $499, respectively.

Traditions is clear they’re not in this to be a mere range novelty.  Rather, the company is marketing the XBR as an alternate hunting weapon capable of taking most any big game that a standard bow or crossbow would manage.

Keep an eye on Guns.com as we get more details on the XBR Crackshot at SHOT, as well as a hands-on review when the combos begin shipping.