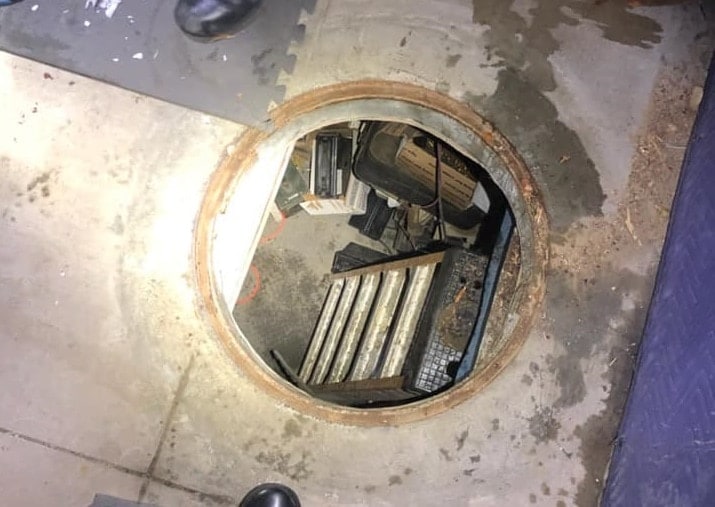 Police in Fontana stumbled upon a homemade underground shooting range at the residence of a known gang member and shared a few details of it online this last week.

“While searching the house a manhole was located that led to an underground hiding area and an additional underground area that was being used as a shooting range,” said police. Inside they found numerous weapons “along with thousands of rounds of ammunition” and a “100-round drum for an AR-15 rifle.”

Photos from the scene show an excavated room, lined with sandbags and lit by a few strands of rope lights, ending in a dirt wall with a target. Access was via a hole through the floor of the home, leading to a step ladder walk down. It looks as if the hole may have been camouflaged at one time with interlocking foam mats. 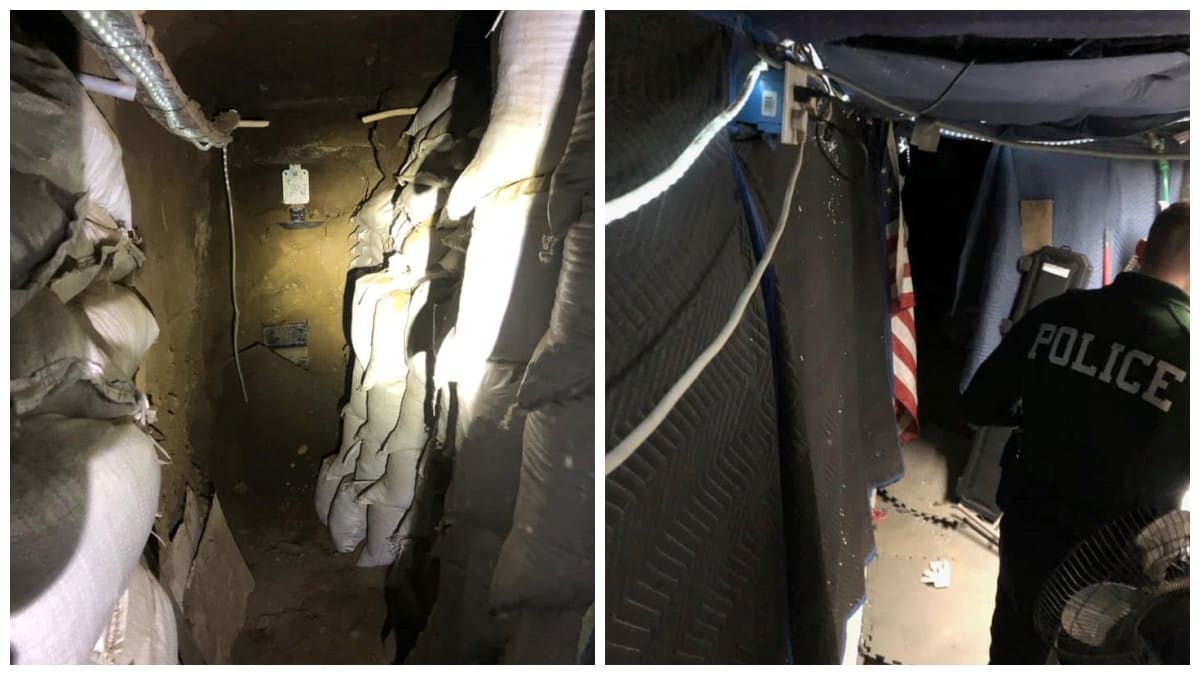 Note the blankets used presumably for noise mitigation. Also, the flag, because what shooting range shouldn’t have Old Glory.

Many commented that the setup was innovative in a sense, with one saying “dang I wish I had that under my house.. too hard to find free public land to shoot at and shooting ranges get too expensive.”

Another said, “I hear they caught him because he was emptying dirt out of his pockets every day at the bus stop. When interviewed he said that he built the range because RSOs are intimidating.”

Others questioned the builder’s lead abatement plan, or lack of one, as well as apparent lack of fresh air, to which one responded sarcastically, “ventilated smentilated.”

Fontana PD ended with a coaching to those arrested at the scene on undetailed charges, saying ” We strongly recommend that you put as much effort as you did in your underground cave, into becoming a productive member of society. You will thank us later for this advice.”