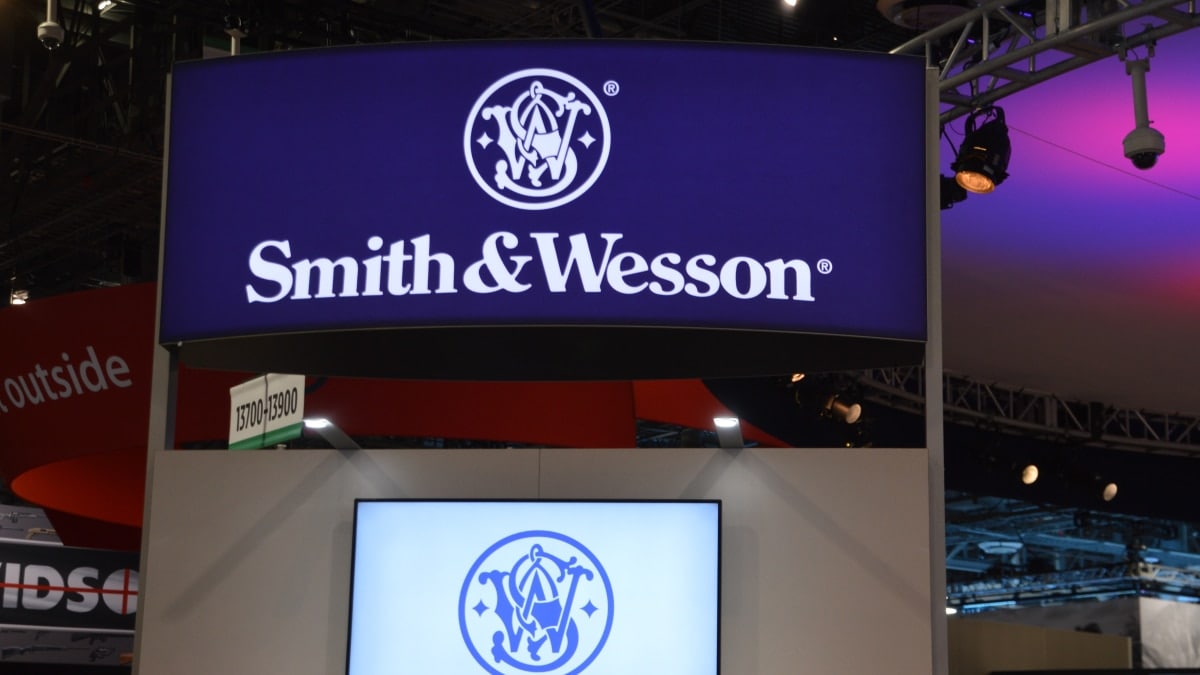 Smith & Wesson says in its business judgment the company does not believe that current authorized user, or “smart gun” technology, is reliable or has any significant consumer demand. (Photo: Chris Eger/Guns.com)

Faced with activist investor opposition, Massachusetts-based Smith & Wesson reinforced their commitment to gun rights this month in a report to shareholders.

American Outdoor Brands Corp, the publicly-traded parent company of 25 brands centered around the iconic Smith & Wesson banner, released a 26-page report to investors on Feb. 8. The report, requested by a group of largely anti-gun activists who purchased 200 of the company’s 54 million shares, focuses on product safety measures and industry trends including on how so-called “smart guns” could be made by the company.

A Smart gun’s “authorized user recognition” technology, which uses biometrics to lock out firearms except for designated users, has been a favorite of gun control advocates and, while the firearms industry is not against the concept, they have long-held the theory has not caught up to the reality of making reliable guns that consumers want to buy.

“The desire for a seemingly simple technological solution to complex societal problems is understandable, but is not a basis for good business judgment,” says the report. “When it comes to ‘smart guns,’ it is an area of great confusion outside of the firearm manufacturing industry. It is subject to the same ‘CSI Effect’ that has been recognized in criminal justice – the idea that science technology provide easy answers. In the age of smartphones that give us instant answers to questions and direct us through streets around the world, it is difficult for some to understand that technology has its limits.”

Pointing out that the company’s last flirtation with smart guns, during the Clinton administration in 2000, brought a backlash from gun owners and saw Smith & Wesson sales plummet, AOBC concluded that, “The facts simply do not support the idea that attitudes or the market have changed significantly since this Smith & Wesson experience. To the contrary, what is happening in the market place is that firearm owners and purchasers are becoming increasingly resistant to imposed restrictions on Second Amendment rights that have no demonstrable safety benefits.”

Summing their case by saying plainly, “AOBC’s reputation among firearm buyers and Second Amendment supporters is more critical to the success of the Company and the enhancement of shareholder value than its reputation among industry detractors and special interest groups with a political agenda,” the report downplayed much of the minority investors’ platform as thinly disguised gun control talking points, saying they placed “singular focus on measures which would restrict private ownership and use of firearms.”

As such, AOBC laid down a 10-point list of core principals that stakeholders in the company need to understand moving forward. These range from support for the right to bear arms and the 2008 Heller ruling as it applies to individuals, to enforcing current gun laws and advocacy efforts. 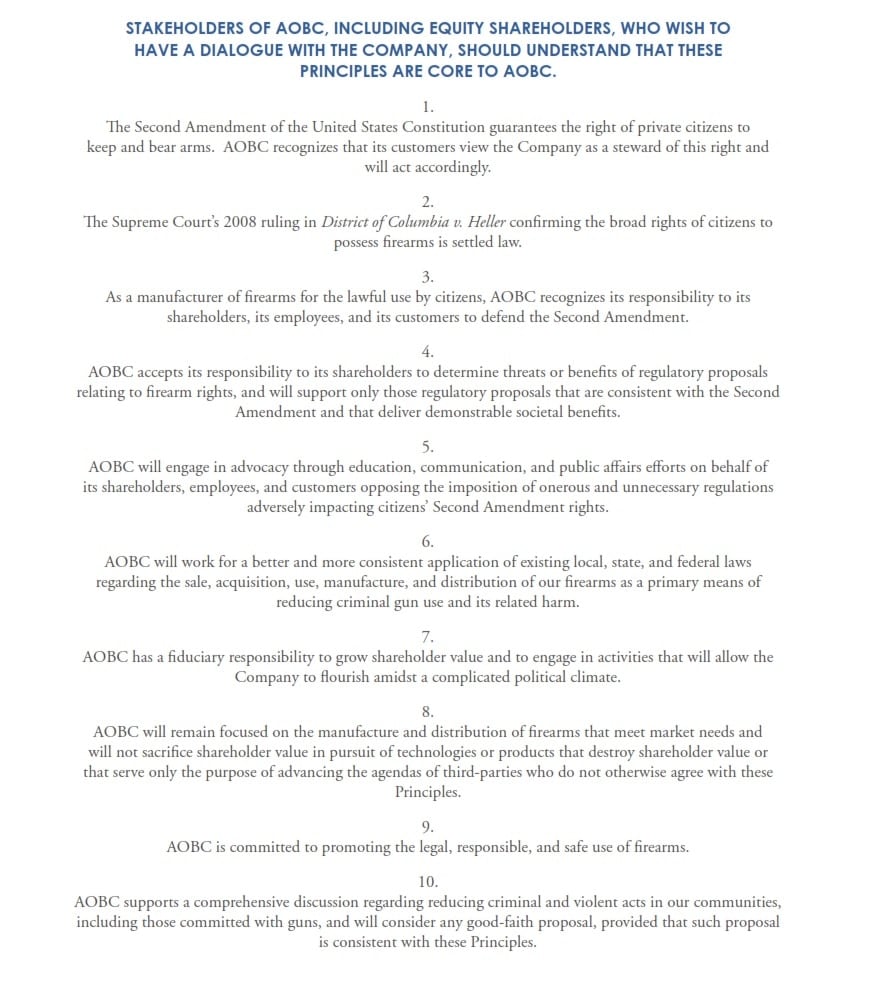