Few things awaken such a sense of nostalgia and fond family memories as a late-season, wintry squirrel hunt. While we often lean on throwback firearms for such adventures, it can be difficult to choose both caliber and platform these days. Here are three of our favorites, not just this season, but for the long haul. 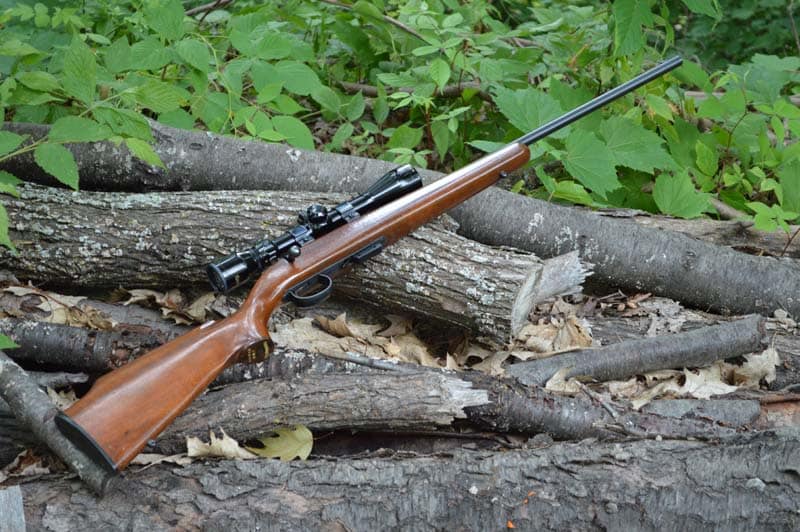 While the 5mm Rem Rimfire Mag ammo has been out of production for a number of years now, with guns like mine relegated to safe-duty, Aguila’s re-introduction breathes new life into the peppy caliber. (Photo: Kristin Alberts/Guns.com)

The Remington Model 592 is a blast from the past with a passionate, albeit, lesser-appreciated, following.  Why is what many consider an obsolete caliber and long-out-of-production rifle on a “best of” list? Because it is truly one of my favorite small game rifles, and much to my great delight, also because Aguila is producing the ammunition again. In the early 1970’s, Remington produced both the magazine fed Model 591 and the tube-fed Model 592 we have here, chambered in the then-new 5mm Remington Rimfire Magnum.

Created to compete with the .22 Magnum round, by all accounts, the 5mm should have been the one to survive and thrive. Its ballistics were not only were superior back then, but are still quite amazing even in this day and age. In any case, the 5mm is back, with two loads immediately available, a JHP and a SJHP, both in 30-grains. Like the older Remington and Centurion rounds before them, the little bottlenecked “five” is devastating on small game like squirrels.

My beloved Model 592 is a straight-shooting, good-looking bolt action rimfire with a 24 inch barrel, glossy walnut stock, and cool grip cap. We wouldn’t be at all surprised to see a gun company or two chamber a rifle in the caliber now that Aguila has unearthed a deep pocket of demand. If you don’t want to wait, the used market is your friend, as many of the rifles’ owners are not aware of the new uptick in ammunition availability.  You’ll thank me for the suggestion; the squirrels, however, will not. 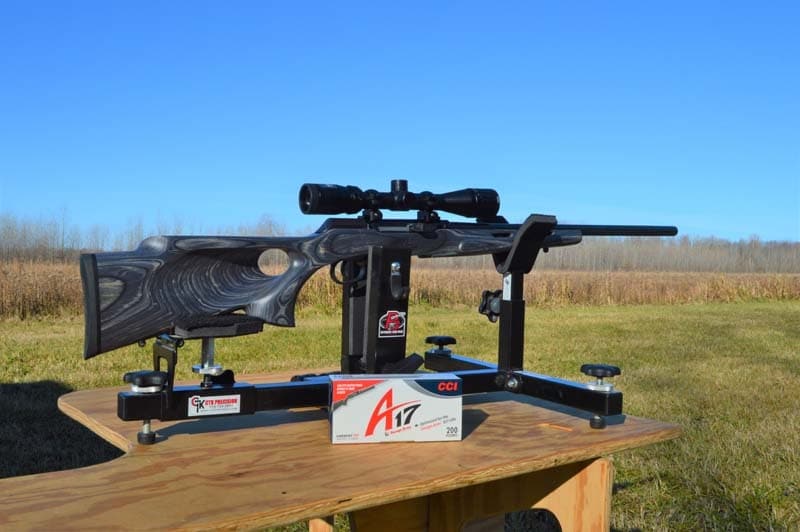 Savage’s A17 semi-automatic rifle was the first of its kind to find success in cycling the hot .17 HMR with a delayed-blowback action. (Photo: Kristin Alberts/Guns.com)

We first fell in love with the A17 on a western US prairie dog hunt. The reliable semi-automatic action is really the first to successfully run the hotter .17 HMR ammunition with its delayed-blowback action. Those rapid shot strings from an accurate rimfire knock the dickens out the p-dogs.  While one needn’t have a semi-auto in the squirrel woods, when the hunting is good, the A17 makes quick work out of scurrying critters. The rifle ships with a ten-round rotary magazine, more than ample for the hunt.  An Accutrigger comes standard, and is a great aid to accuracy, even on a rimfire.

While the A-series rimfires come in a variety of calibers and styles, we appreciate the comfort and looks of our Laminate Target Thumbhole. MSRP on that option is $629, while a base model A17 retails for $473. Partnered with the caliber-matched Bushnell A17 scope, even the longest shots are right on the money with the custom turrets. CCI manufactures a specific A17 ammunition, though we found our rifle to cycle any brand just fine.

The only knock on the A17 for squirrels is the fact that a .17 HMR can be awfully devastating on the little critters if the shooter misses the head shot. If you hit a bushytail with the A17, it’s as good as in the pot. 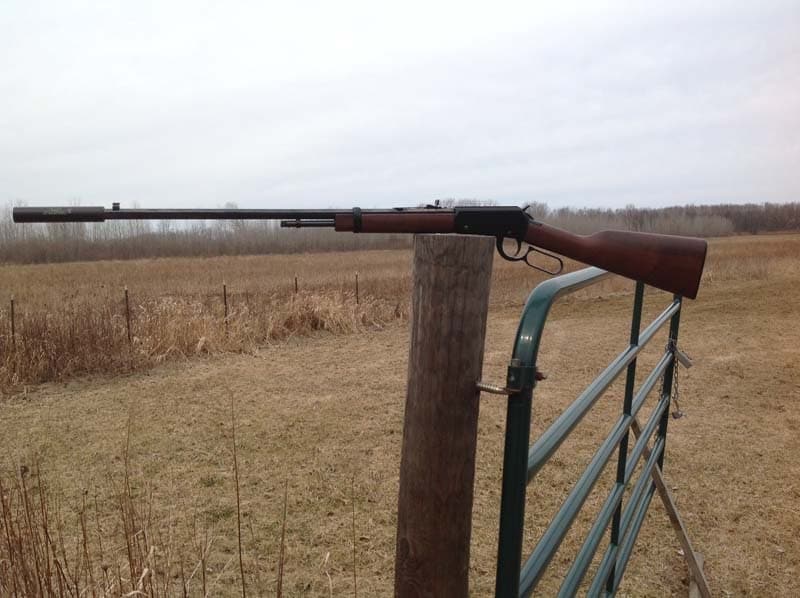 The Henry Frontier Suppressor Ready model features a threaded octagon barrel and shortened magazine tube, all built for use with a can. How’s that for bringing lever actions into the modern era? (Photo: Kristin Alberts/Guns.com)

It’s pretty much impossible to discuss the best rimfires without including one from Henry Repeating Arms. Those Made-in-America-or-not-made-at-all levers are attractive, accurate, and in a western-adoring way, nostalgic. While it doesn’t much matter which model you choose, we like the versatility of the Frontier Suppressor Ready model, which comes with a 24-inch threaded octagon barrel.

Sometimes, especially with young shooters, the ability to screw on a can is a nice, quiet benefit.  Even if not, the Suppressor Ready Henry’s shorter magazine tube still holds ten .22 LR’s or twelve .22 Shorts. If heavier firepower is needed, the company also produces this model in .22 WMR. The American walnut furniture is not showroom elegant, but it is darn nice. Though Henry’s don’t come cheap — this model retails for $527 — these are pass-through-the-generation guns. Oh, and they account for plenty of squirrel tails as well. While it’s easy enough to mount a scope with the receiver coming drilled and tapped, the fully-adjustable buckhorn sights make it easy to pick off those skittish little vermin.

Many squirrel hunters opt for sub-gauge shotguns, and I myself cut my teeth with a single shot .410. Yet no matter how well you place your shot, sooner or later you’ll spend more time picking shot out of the meat than you will actually eating it.  Give one — or more — of these rimfire rifles a try, and I’m sure you won’t be disappointed. We’d love to hear about your chosen squirrel guns, so please share in the comments. Regardless of your choice of weaponry, heed the call of the winter woods. Get after some bushytails. Not only is it great practice to keep those shooting skills sharp in the offseason, but the end result is some fine fodder for the crock pot.