After a lengthy hiatus, the once-obsolete 5mm Remington Rimfire Magnum has returned to production by Mexican-ammo maker Aguila. With the re-introduction of the round, nostalgic shooters can grab their aging plinkers and share a much needed history lesson.

In the late 60s and early 70s, Big Green originally introduced the round along with a pair of bolt-action rifles, the Remington 591 and 592, to compete against the Winchester .22 WMR. While the Remington round outperformed its competitors – and in some ways still does – it failed to gain commercial success.

After manufacturing some 60,000 rifles, Remington ended their production in 1973 and the ammo fell by the wayside shortly after. For decades, many of these original rifles languished in closets and gun cabinets. A handful of gun makers tried to spur interest with offerings chambered in 5mm but nothing really took hold. Now, thanks to Aguila and a revitalized interest in longer-range rimfire shooting, 40-year-old Remington 591 and 592 rifles are gaining popularity. 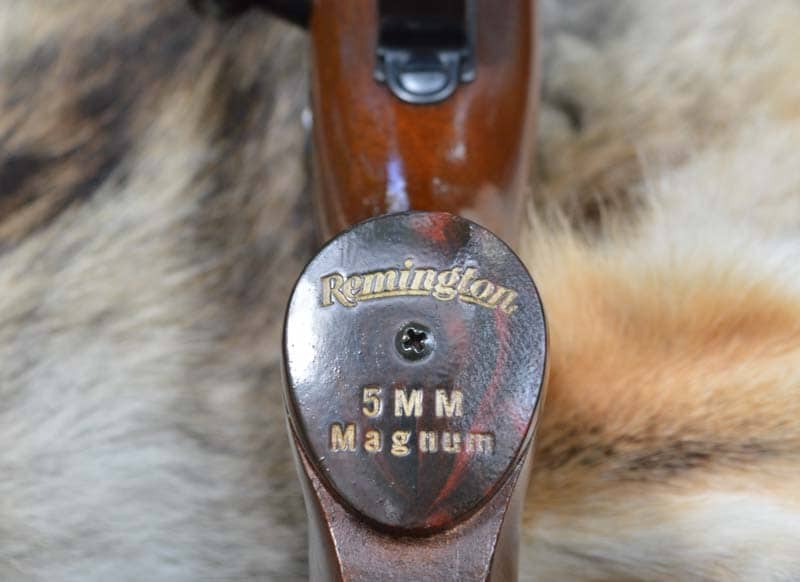 The signature grip cap denoting caliber was found on both the Remington Model 591 and 592. (Photo: Kristin Alberts/Guns.com)

The Remington 591 and 592 share many characteristics. Both feature classic glossy Walnut furniture; a bolt with six rear-locking lugs and two-stage extractor; iron sights, though a scope aids in finding its true range; and a 24-inch barrel with a 1-in-12-inch twist. The rifles differ only in magazine and capacity. The 591 holds a four-round plastic magazine while the 592 features a 10-round tubular magazine.

When shooting, the 5mm rifles perform comparable to a .22 in both recoil and noise. Yet, the new Aguila JHP’s provide devastating terminal performance on winter squirrels. For range, both rifles are more than capable of reaching 200 yards or more. In fact, in a you-had-to-be-there moment, one member of our prairie dog blasting party recorded a kill at just over 300 yards. 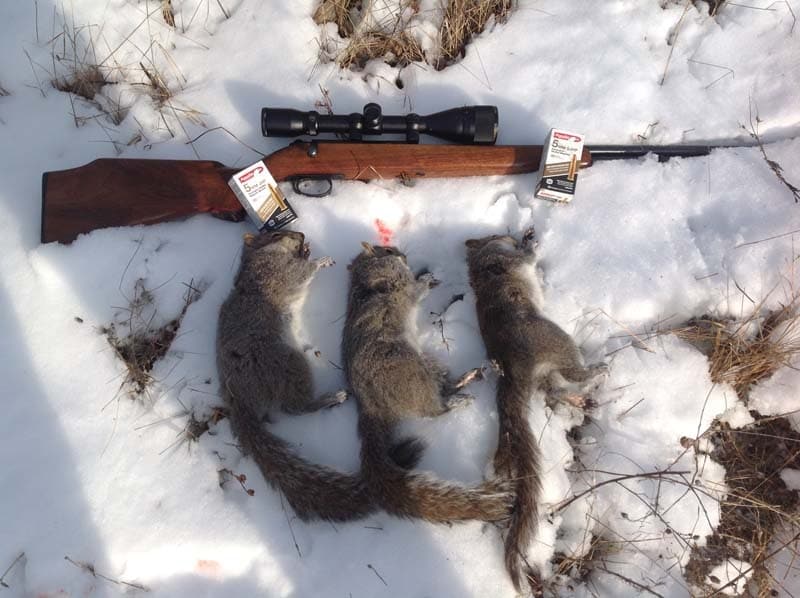 The new Aguila 5mm Remington Rimfire Magnum rounds differ slightly from earlier versions. The original bottlenecked cartridge held a 38-grain bullet instead of the nw 30 grains, and had an advertised muzzle velocity of 2,100 FPS (though unofficial chronographs have booked it significantly faster, even as high as 2,400 FPS). At its time and in its prime, the 5mm round was blazing fast and trumped the WMR’s 40 grain bullet in both power and accuracy.

The 5mm Mag’s bullet diameter is actually the same as the modern .204 Ruger centerfire. Further, it can hold its own ballistically with both the .22 Hornet and .218 Bee centerfire rounds – quite a feat for a rimfire. Naturally with its ballistics, the 5mm remains ideal for varmint and small game hunting.

Aguila offers jacketed and semi-jacketed 5mm Remington Rimfire Magnum ammunition. Both carry an advertised muzzle velocity of 2,300 FPS, which translates to a stellar 325 foot-pounds of energy. A box of 50 rounds retails for $29.99. 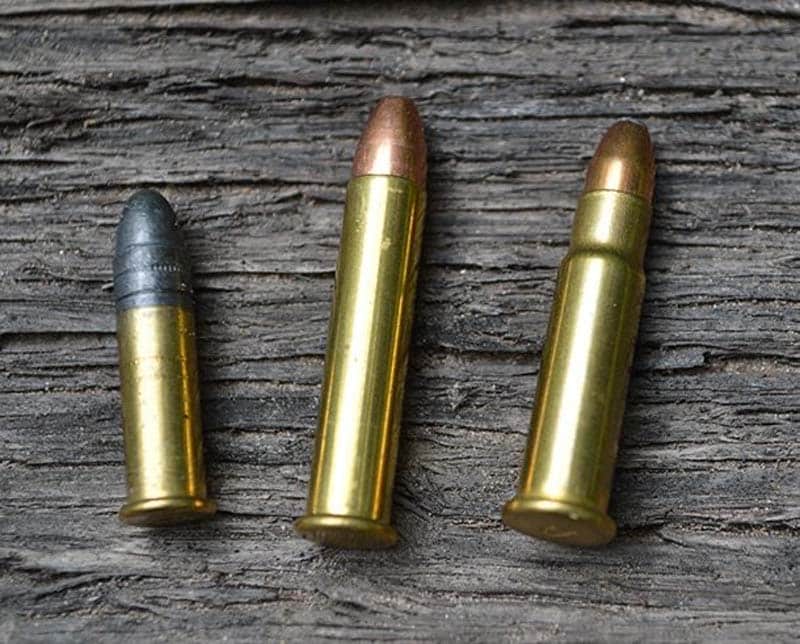 The most popular rimfires of the 5mm’s time, from Left to Right: .22 LR, .22 WMR, and 5mm Remington Mag. (Photo: Kristin Alberts/Guns.com)

Since Aguila’s 5mm ammunition sells out faster than it can be produced, the company has turned their “limited” run into an indefinite one. Needless to say, the round’s rejuvenation has sparked a slight hike in demand for decades-old Remington rifles. Both models command prices in the $450 to $650 range. Next time you see a Remington Model 591 or 592 collecting dust on a gun shop’s shelf, you’ll give it a good home, feed it some Aguila, and enjoy!