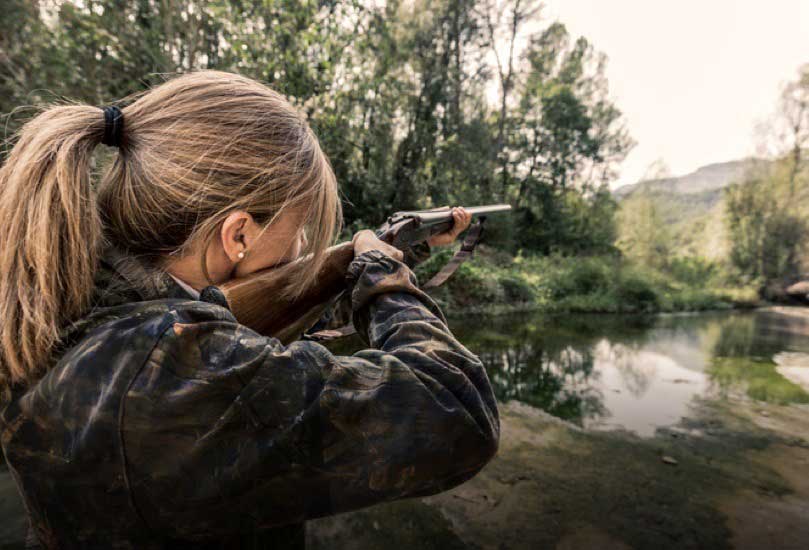 Millennial hunting participation is on the decline, according to the U.S. Fish and Wildlife Service. (Photo: NSSF)

The younger generations offer greater social support towards hunters but are less likely to actually participate in the sport, according to a Multi-Generational Research Report by YPulse and the National Shooting Sports Foundation.

Millennials, those born between 1981 and 1996, stated legal, regulated hunting is a movement they can get behind. Though the younger generation toss support and trust to hunters, the study says, they aren’t as likely to actually participate in any hunting activities. According to the report, 76-percent of polled Millennials stated they supported owning a gun for legal, regulated hunting, but the younger generation is less likely to actively participate — only 14-percent even own a gun.

A U.S. Fish and Wildlife Service’s recurring National Survey further demonstrated the younger generation’s lack of participation in the hunting arena, revealing that hunting participation among Millennials is on the decline. In 2011, Millennials accounted for 5 percent of hunters, but in 2016 that figure dropped to 4 percent. 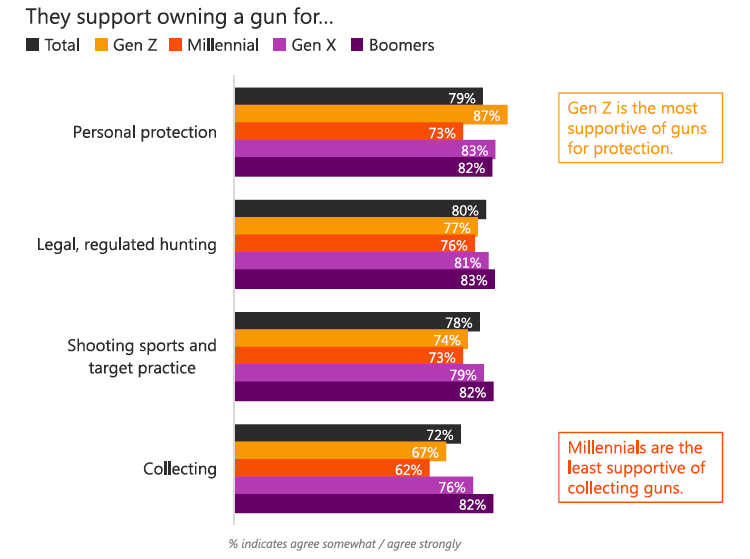 According to the NSSF report, Millennials see guns as a social issue with 45 percent favoring gun control over gun rights. Curcuruto said the NSSF is committed to bringing more youth into the shooting sports, particularly hunting as hunting is seeing the biggest overall decline. Hunting brings in revenue for state wildlife agencies, accounting for over half of funding through license fees, excise taxes, ammunition and equipment sales. Both the NSSF and the U.S. Wildlife Service agree that the future of hunting depends on support and participation from Millennials and the generation that follows, Gen Z.

“(Millennials) represents the most populous age segment in American history, a distinction suggesting the untapped potential of the new blood that Millennials can infuse into the hunting community,” NSSF author Glenn Sapir wrote in an article on Millennial hunters. “With that growth would come an injection of economic gain for not only the industry that provides products and services but also for the wildlife-management agencies that are so financially dependent on license sales and hunting-item excise tax revenue.”

The NSSF’s fight to change the participation rate starts with its Let’s Go Hunting and +One campaigns. These initiatives encourage current hunters and gun owners to invite younger people out into the field. Through a mentor approach, the NSSF hopes that gun owners can help turn the decline in hunting around.

“We’re working on a lot of initiatives to revitalize and get people out in the field,” Curcuruto said. “This is one of the most important things we can do as an industry together— get behind the +One campaign initiative. We want to increase participation one person at a time.”