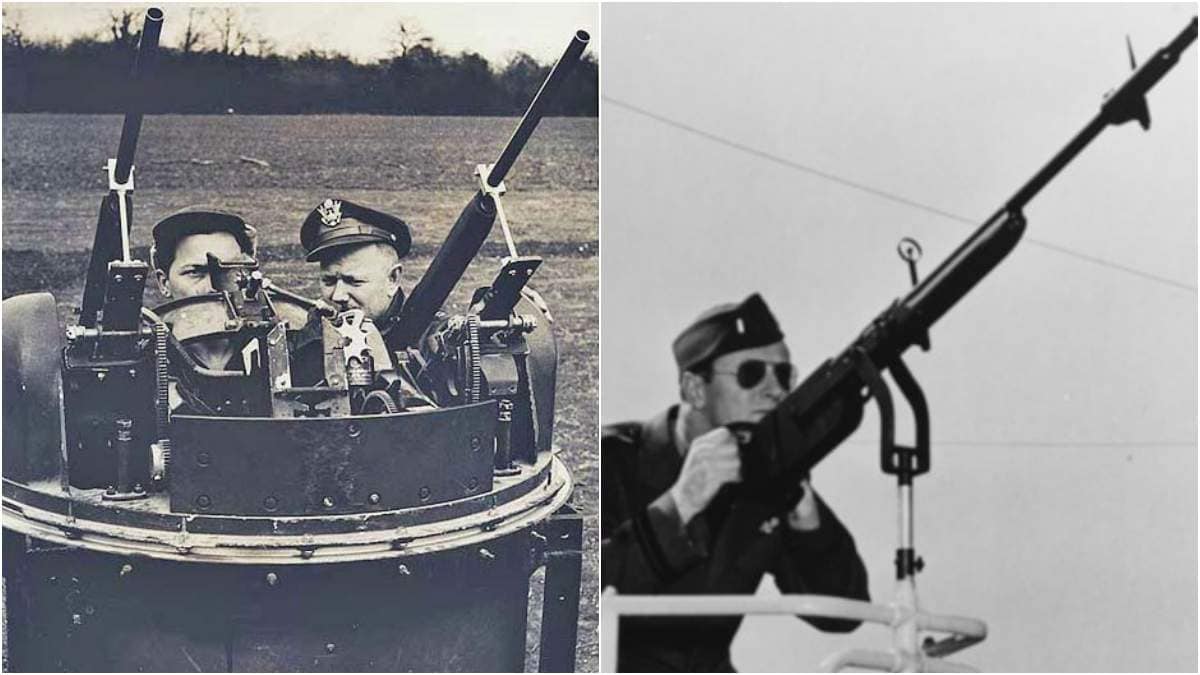 The “machine guns” in both of these WWII images are actually Remington Model 11 shotguns converted for use as a training device. Nearly 60,000 such guns ran through millions of paper-hulled shotgun shells training aircrew how to splash enemy aircraft. (Photos: National Archives)

If you wanted to get good at smoking enemy planes in 1943, it was a lot easier to start off dusting clay pigeons with a Remington shotgun.

It’s a simple concept, with a shotgun being easier and cheaper to cut a trainee’s teeth on “wing shooting” than a full-sized machine gun. Accordingly, the Army and Navy bought 59,961 Remington Model 11 semi-auto — the company’s version of the Browning A5 — during World War II., along with 204 million clay targets then got to work.

Maine-based Poulin Auctions has one such surviving Remington M11 in their upcoming Spring Premier Firearms Auction. The gun includes “U.S.” acceptance marks and a Bell Aircraft adapter gun mount to allow the 12 gauge to mimic the feel of a spade-gripped Browning machine gun. 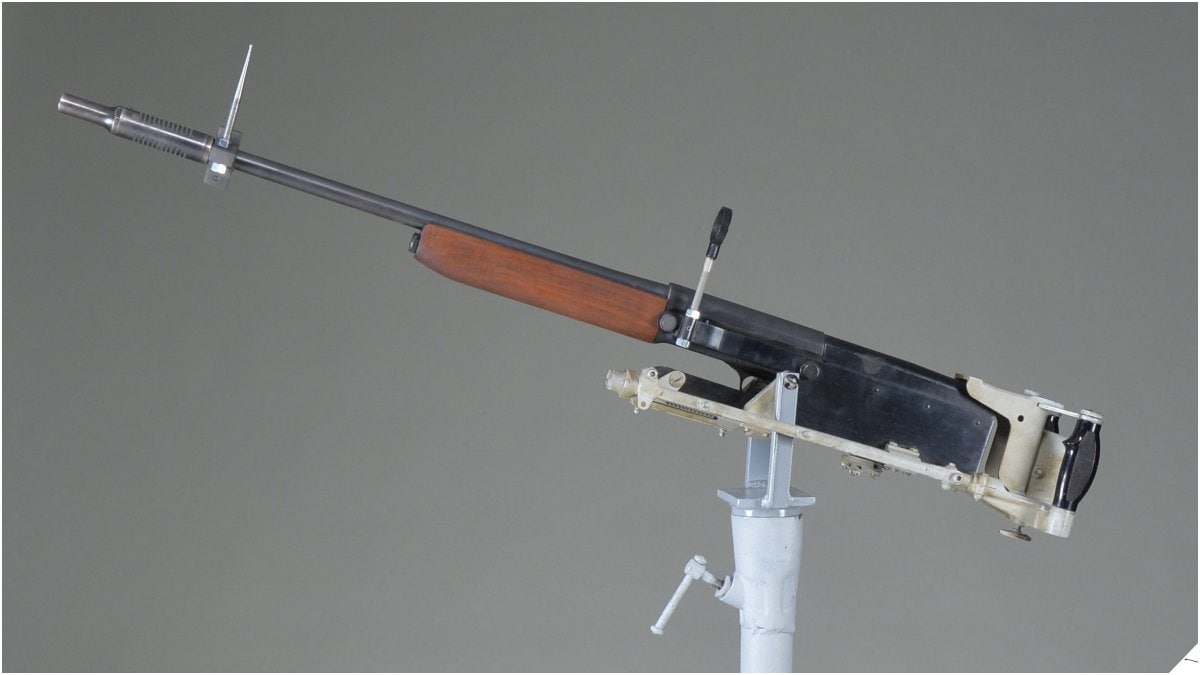 Of note, the Remington has a 28-inch barrel with a Lyman Cutt’s Compensator and full choke tube, which is about right for Japanese Zeroes. (Photo: Poulin Auctions)

Does your shotgun have a Bell Aircraft adapter mount? (Photo: Poulin Auctions)

Even if the Remington 11 isn’t your cup of tea, the auction has lots of other interesting items like a Vietnamese M1911 copy that was surely unlicensed, a Singer that is, and an Italian Carcano Tromboncino, for those who think the regular Carcano didn’t have enough bass.

The below Army Air Corps training film from 1943 — which includes a young Lt. Ronald Reagan — shows how aerial gunners, particularly rear gunners, were trained. You get to see Lt. Burgess Meredith start working with Remington Model 31 pump-action shotguns and clays at about the 8:34 mark before moving up to full-sized .30-cal and .50-cal machine guns. You’ve come this far, why not?