From the Guns.com Warehouse: The Atomic Age Whitney Wolverine (PHOTOS) 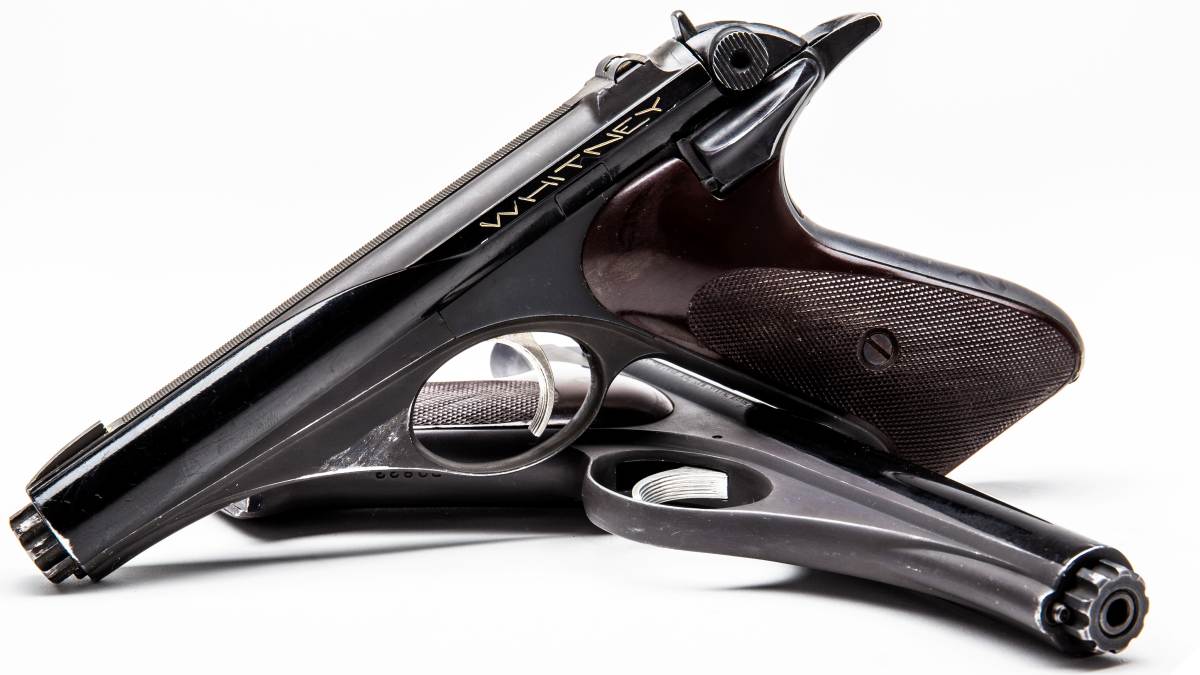 From the scores of guns Richard Hillberg worked on in his career, the Whitney Wolverine was his favorite (Photo: Richard Taylor/Guns.com)

From the wide range of options in the Guns.com Warehouse, we bring you one of the neatest 1950s-era plinkers ever fielded, the Whitney Wolverine.

Springing from the mind of storied firearms inventor Robert L. Hillberg, the Wolverine fit its era when it came to aesthetics, with a dynamically contoured design and sweeping lines akin to the exotic race cars of the day such as the Ferrari 335 S Spider Scaglietti and Mercedes-Benz W196 — but in an affordable .22LR pistol.

Hillberg, a Navy veteran who had a hand in some of the most iconic firearms of the 20th Century, struck out and co-founded the brand-new Whitney Firearms Company in 1955 in Hartford, Connecticut, as an ode to famous Industrial Revolution kick starter Eli Whitney.

Their flagship gun, billed as “Modern as Tomorrow,” was the Wolverine. 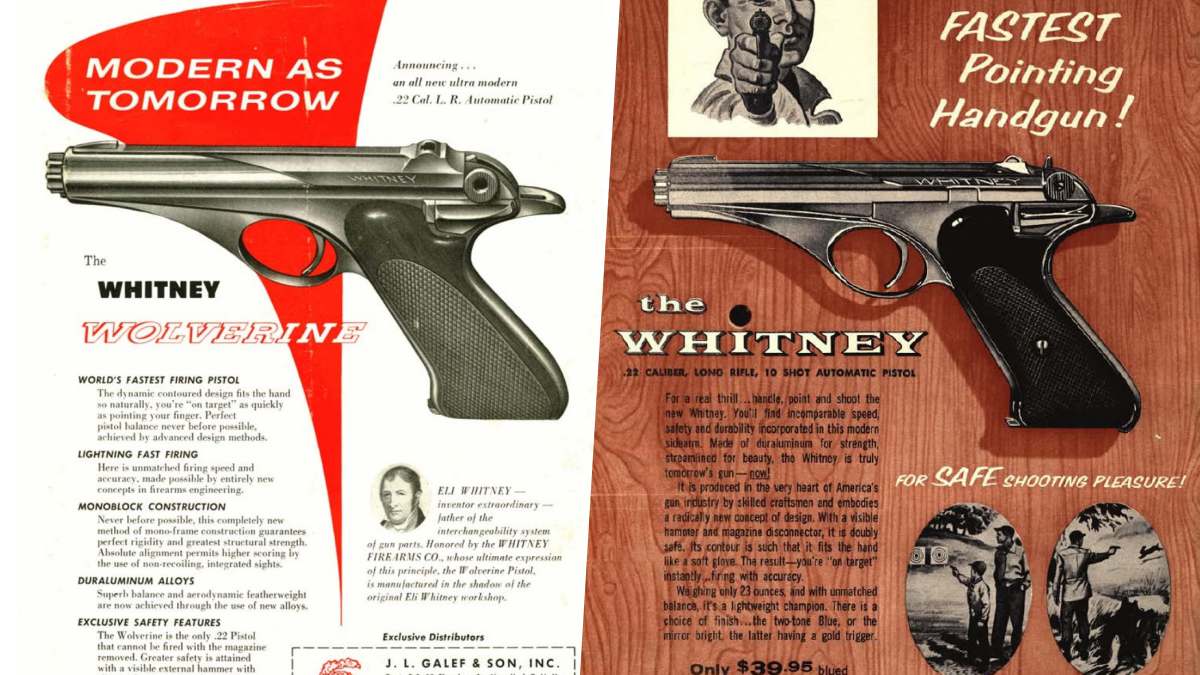 Whitney was a new company in 1955, and their Wolverine was their signature offering

For the low-low price of just $39.95, the Whitney Wolverine was billed as the world’s fastest pointing AND firing pistol with “never before possible” monoblock construction, and exclusive safety features– no extra charge for its Flash Gordon/Buck Rogers ray gun vibe. 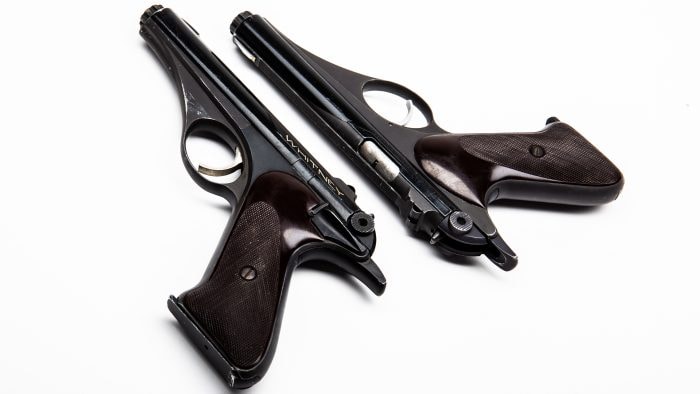 The Wolverines were nothing if not eye-catching (Photo: Richard Taylor/Guns.com)

The Wolverine used a 4.65-inch barrel inside an aluminum alloy frame with barrel shroud to produce a gun that was a “featherweight” at 23-ounces. Plastic grips and “non recoiling” sights completed the package while a 10-round single stack detachable magazine was held in place with a heel release. 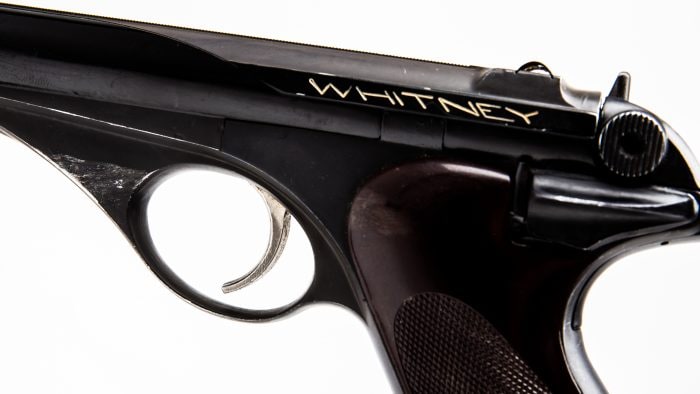 Eli Whitney patented the cotton gin, among other inventions, and the company named in his honor only produced the Wolverine (Photo: Richard Taylor/Guns.com)

In production for less than a decade, Whitney was gone by 1962 and an estimated 13,000 blued models were produced– of which we have at least two in stock. The nickel-finished version is much harder to lay hands on, with about 900 made.

The end of the Wolverine, however, was not the end of Hillberg. Over the years, he took out more than 30 patents while working for not only traditional gun and munitions makers like High Standard, Wildey and Olin but also flare gun maker Bellmore Johnson Tool Co, remaining active well into the 1980s. 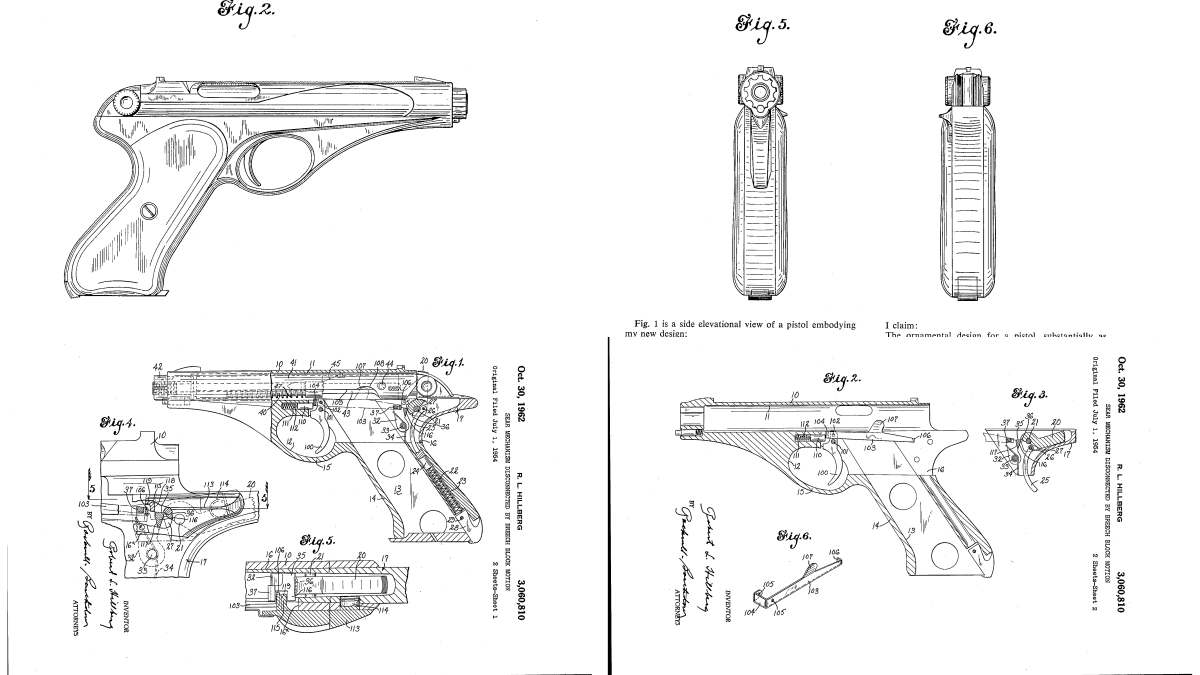 Hillberg was issued numerous patents over a more than 30-year career including several for the Wolverine, which was unlike anything else at the time

He even created a Vietnam-era shotgun intended for guerillas, named the catchy Hillberg Insurgency Weapon, which lived on as the ill-fated Winchester Liberator. One of his final designs to see production was the COP, a 4-barreled pistol chambered for .357 Magnum, which was produced by American Derringer.

Before he shuffled off to the great gun factory in the sky in 2012 at age 94, Hillberg was asked which one of his designs he loved the most, to which he replied “The Whitney pistol.”

And it is easy to see why. 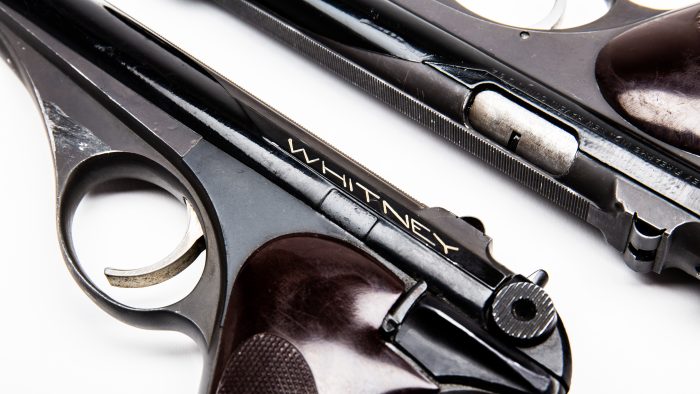 To see more on Guns.com’s own stable of Wolverines, be sure to check them out and head back from time to time and see what else we have on hand. Also, if you have one for sale, we can handle that, too.