This is Rhode’s second gold medal in a World Cup event for the 2019 season. The competition itself was a hard-fought battle. Entering the Final, reigning World Champion and USA shooter Caitlin Conner possessed the top score with 120/125 targets while Rhode entered in the sixth and final position. 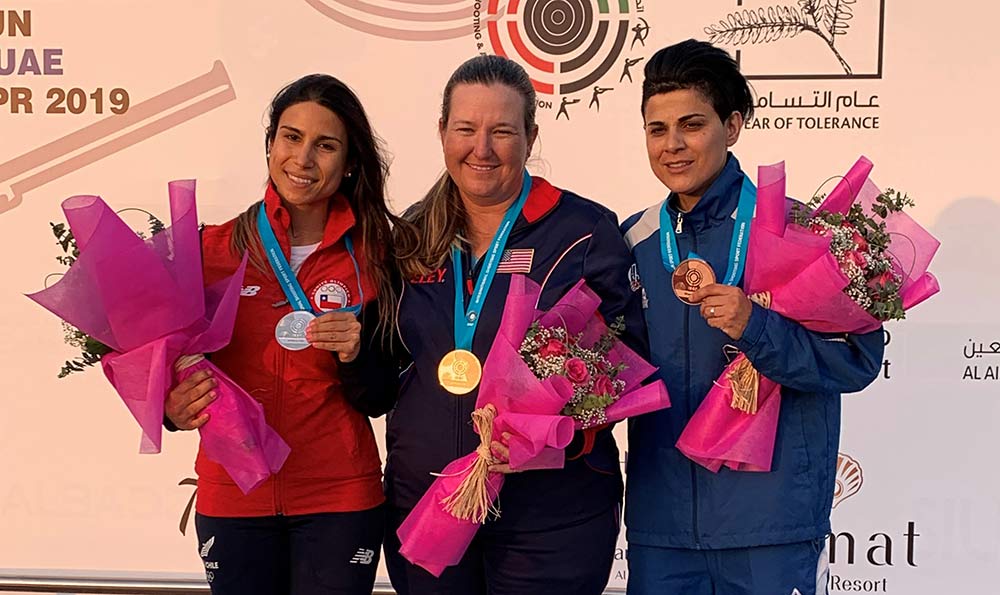 Rhode and Francisca Corvetta Chadid of Chile duked it out to end the 60-target Final, with Rhode besting Chadid by one, single target. The score was enough to earn her the 20th World Cup gold medal of her career. Andri Eleftheriou of Cyprus took the bronze medal. Connor took fourth place and English took sixth.

“The Final was tough due to the combination of shadows and windy conditions which I think contributed to slightly lower scores,” Rhode said in a news release. “But in the Final, there was a lot of talent which definitely didn’t help to calm the nerves between the athletes. I’ve had an amazing couple of years after the last Olympic Games and hope to continue making Finals and winning leading up to 2020! I never gave up, drew on my experience over the last 20 plus years and that definitely helped me as I battled from sixth to first.”

USA Shooting continues to compete throughout the season, with their eyes trained on the 2020 Olympics in Tokyo, Japan.