From the Guns.com Warehouse: A Crop of Mauser Pistols (PHOTOS) 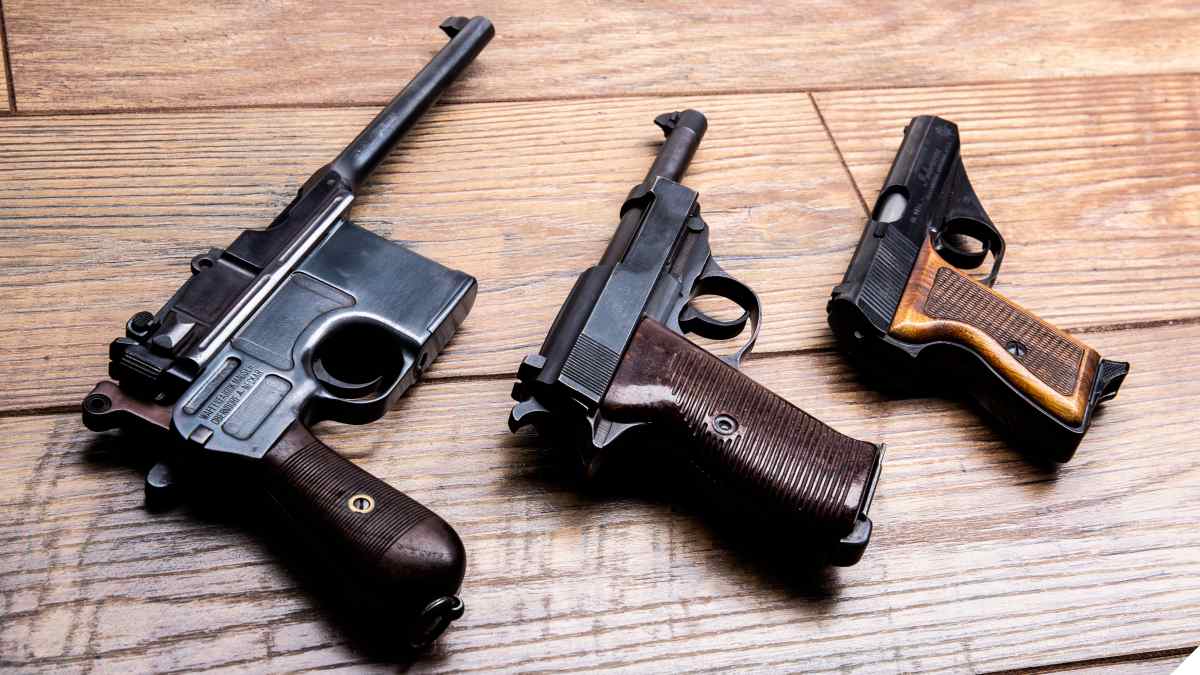 Currently on the table for sale in the Guns.com warehouse are a C96, byf44-code P-38, and a late model HSc. (Photo: Richard Taylor/Guns.com)

Established in 1871, Mauser is best known for their rifles but also produced several innovative pistol designs as well, and we have several up for grabs in the Guns.com warehouse.

The German gun maker renowned for their bolt guns produced companion handgun lines almost from the beginning, starting with their M1877 singe-shot pistols and Model 1878 “Zig Zag” revolvers. Then came perhaps the best semi-auto pistol of its era, the C96 “Broomhandle.” 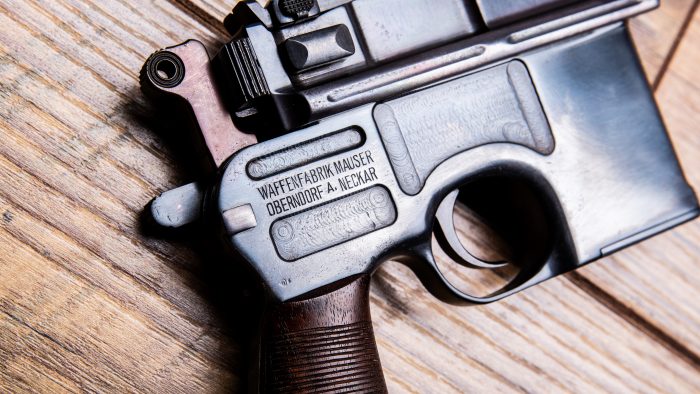 The C96 was made in Germany through the 1930s and as unlicensed clones in Spain, China and elsewhere (Photo: Richard Taylor/Guns.com)

Produced from 1897 to 1938 by Mauser, the C96 was designed by the trio of Feederle brothers (Fidel, Friedrich, and Josef) in conjunction with Peter Paul Mauser. Chambered originally in 7.63x25mm, the gun was sandwiched between the early and largely experimental semi-autos of the late 19th Century such as the Borchardt C-93 and more advanced designs such as John Browning’s FN1900. 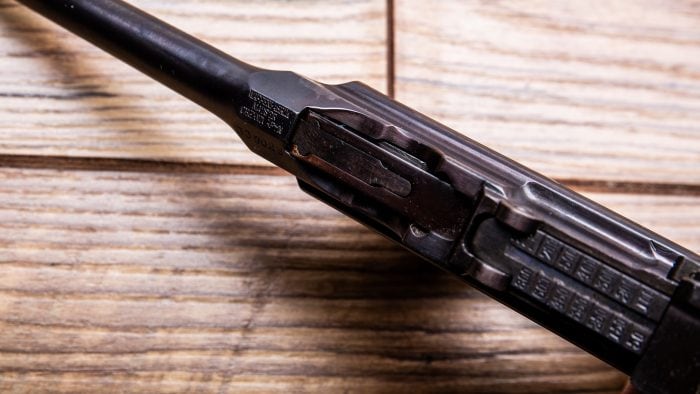 Our C96 currently in stock looks to be a wartime (as in World War I) commercial model with a serial number in the 300,000 range. (Photo: Richard Taylor/Guns.com)

Chambered in 7.63×25, the sights are optimistically graduated to 1,000 meters. Using a 10-shot stripper-clip fed fixed magazine forward of the trigger guard, the C96 would later go on to become famous as the basis of fictional space smuggler Han Solo’s blaster in the Star Wars franchise. 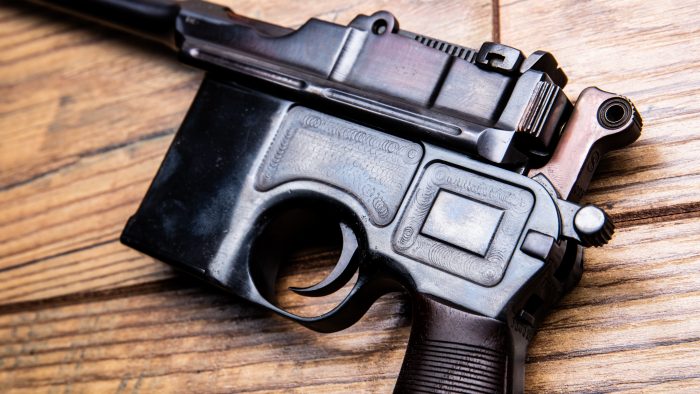 The example currently in stock seems to have been reblued. Note the Neue Sicherung (NS) safety trigger (Photo: Richard Taylor/Guns.com)

By the time Mauser eventually retired the C96 in the late 1930s, the German Army had adopted the then-new P-38 of fellow German gunmaker Carl Walther. That gun went on to remain in production in one form or another for over 40 years and armed the German military well into the 21st Century, a record of longevity only realistically bested by the Browning Hi-Power and Colt 1911. 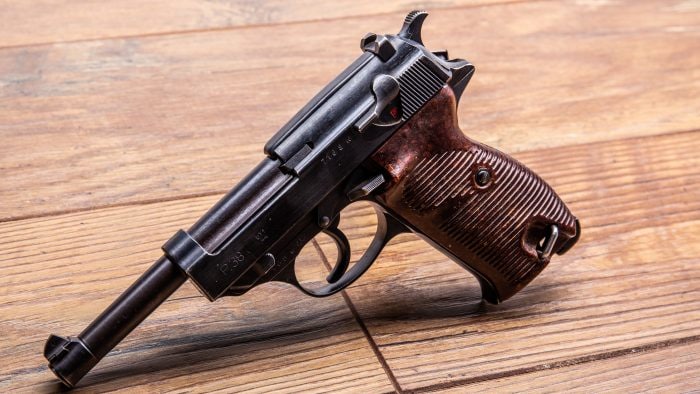 During WWII, demand was so high for these pistols that they were made not only by Walther but also by Spreewerk and Mauser, with the latter company cranking out over 300,000 pistols before the French Army took over management of the plant in 1945. 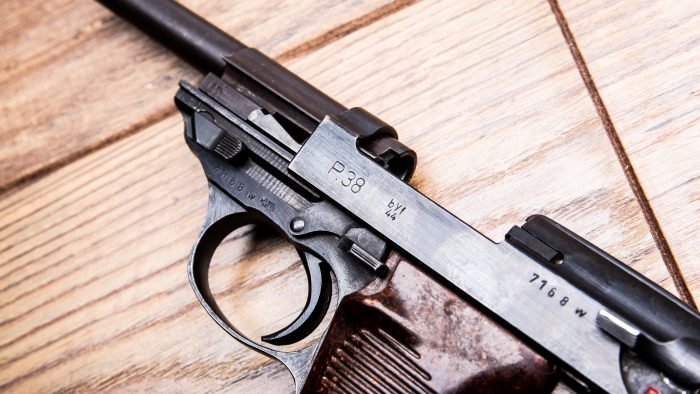 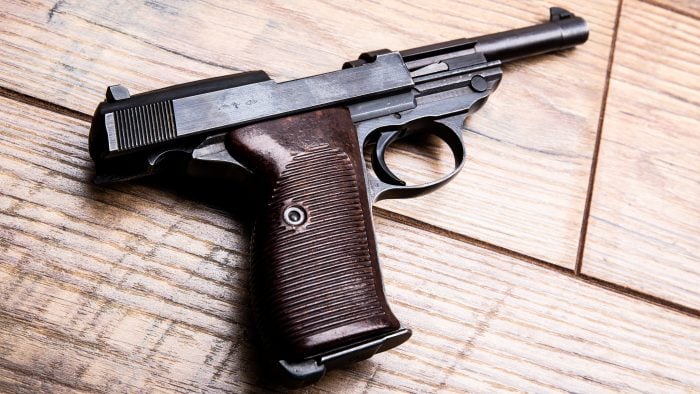 About a third of P-38s made during WWII were produced by Mauser. (Photo: Richard Taylor/Guns.com)

At about the same time Mauser was putting the C96 Broomhandle to bed, they retired their compact M1914/34 series .32ACP pocket pistol as well. 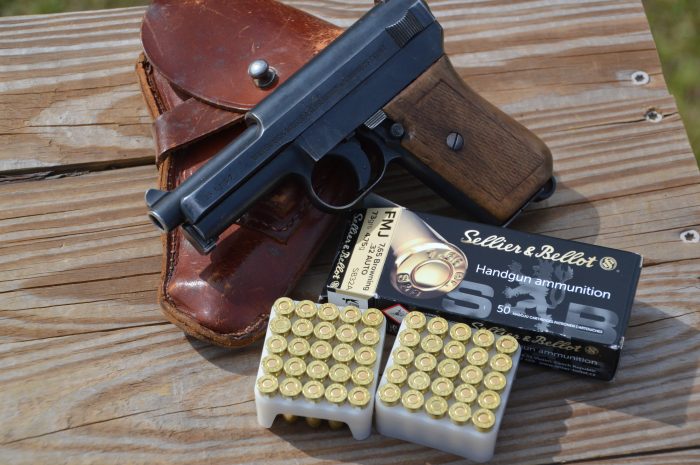 The M1914 and follow on M1934 were compact “pocket” guns (if you had big pockets) that Mauser produced up until 1939. They were also widely used by both military and police of the era– something few .32s can say today. (Photo: Chris Eger/Guns.com)

To replace the M1934 in the company’s catalog, Mauser used a design by engineer Alex Seidel dubbed the Hahn Selbstspanner modell C (“self-cocking hammer” i.e. double-action, model C) or simply, the HSc. This blowback-action .32 (8-shot) or .380 (seven shot) with its semi-exposed hammer was Mauser’s answer to Walther’s PP series of compact semi-autos that had been introduced in the 1920s. 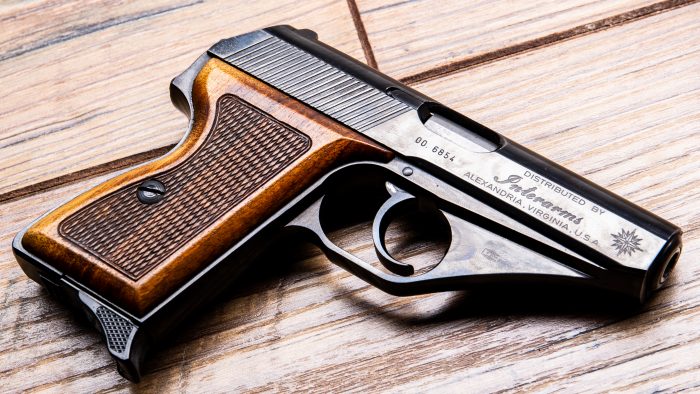 The HSc was a thing of beauty designed in the era of 1930s ” Streamline Moderne.” Think: the Rocketeer but German. In the dark, you would almost think it was a Walther PP (Photo: Richard Taylor/Guns.com)

In production by 1940, the HSc went on to become a classic in its own right, with well over 300,000 examples made by the 1980s — although the gun was later produced in Italy as well. 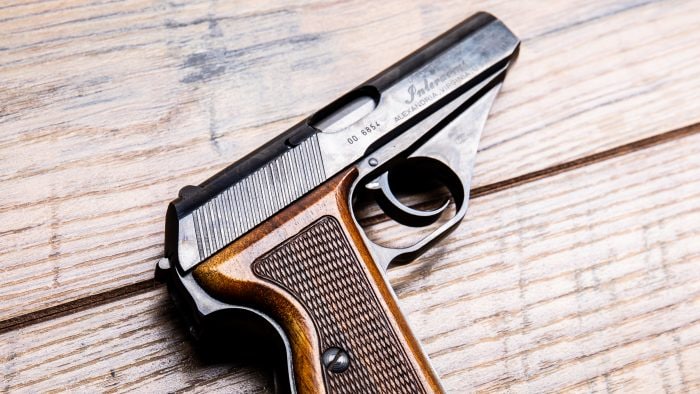 Our HSc currently up for grabs is a .32ACP model with a seven-shot magazine and a beautiful blued finish. Imported by Interarms most likely in the early 1980s, it has German roll marks. (Photo: Richard Taylor/Guns.com) 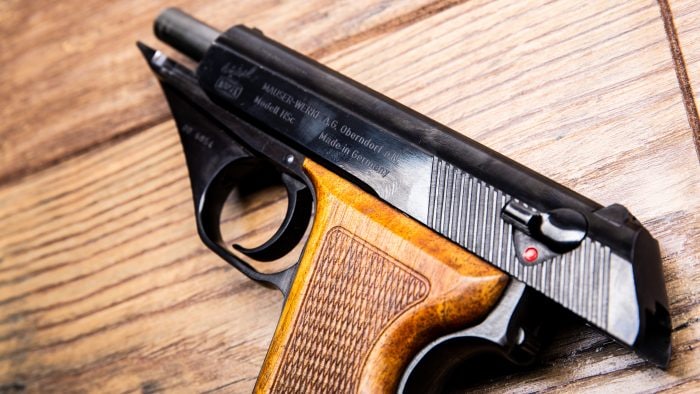 Moving on from in-house made pistols, Mauser contracted with the Hungarian firm of FEG in the 1990s to produce the M80 and M90 series handguns briefly until they switched gears altogether from steel frames into the alloy era.

In the latter move, the company partnered with SIG to produce the M2, a short-lived German compact with a 3.54-inch rotating barrel offered in .357 Sig, .40 S&W, and .45ACP. These European-made beauties were the end of the line (for now) on Mauser handguns and were only made from 2000 to 2004. 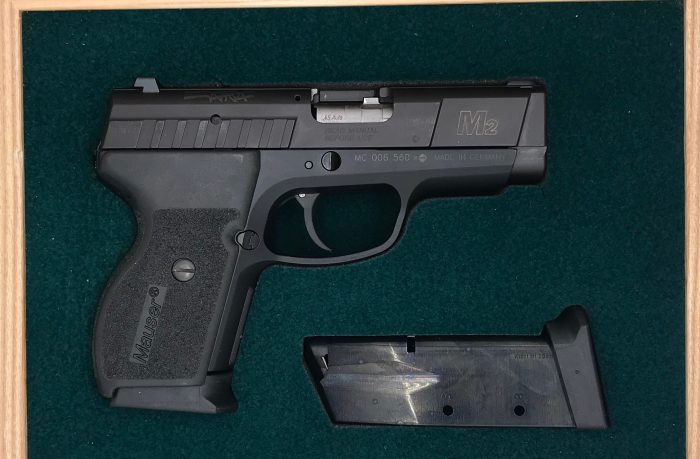 The M2 we have is a .45ACP variant that is a collectible “Friends of the NRA” model that looks unfired and comes with the original presentation box, two magazines, manual and holster.

To see more on Guns.com’s own table of Mausers — both rifle and pistol — be sure to check them out and head back from time to time and see what else we have on hand. Also, if you have one for sale, we can handle that, too.