Introduced earlier this month, the Wrangler was front and center at Ruger’s booth at the NRA’s Annual Meetings in Indianapolis last week, as shown off in the above video. Ruger’s new Wrangler series of single-action rimfire revolvers come in at half the price of the company’s comparable offerings while still having tons of features.

The guns use a Cerakote finish available in three colors, synthetic Single-Six pattern grip panels, and integral rear sights with a blade front. Standard barrel length is 4.62-inches which produces a 10.25-inch overall length and means holsters for similar-sized Single-Sixes will work. Weight is 30-ounces, which is a few ounces lighter than a comparable-sized Single-Six.

Best yet, the guns have an MSRP of $249, well under the price point Ruger’s other single action rimfire revolvers such as the aforementioned Single-Six and Bearcat series.

The Wrangler is available in black, silver and burnt bronze cerakoted finishes with black cylinders. 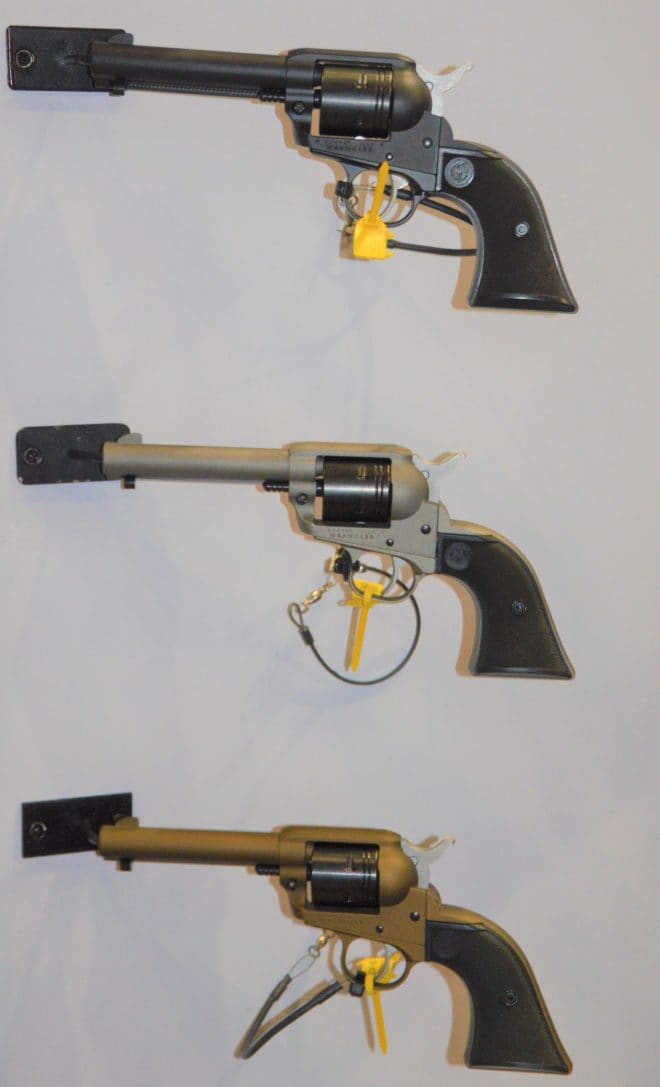