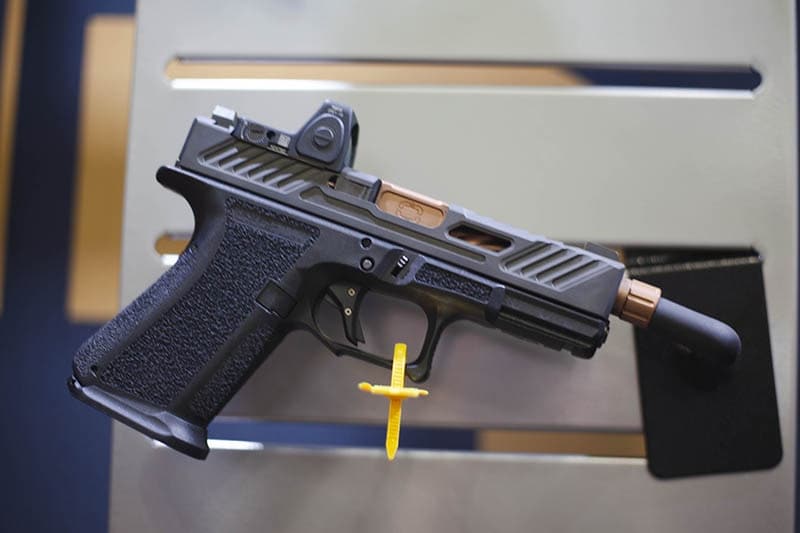 The MR918 pistol made its debut in January, but for many consumers this was the first time seeing it. (Photo: Jacki Billings/Guns.com)

The MR918 debuted earlier this year at SHOT Show in Las Vegas, but for many average consumers, this was the first look at the new design. Inspired by the Glock family of pistols, the MR918 delivers a lightweight polymer build with interchangeable backstraps. 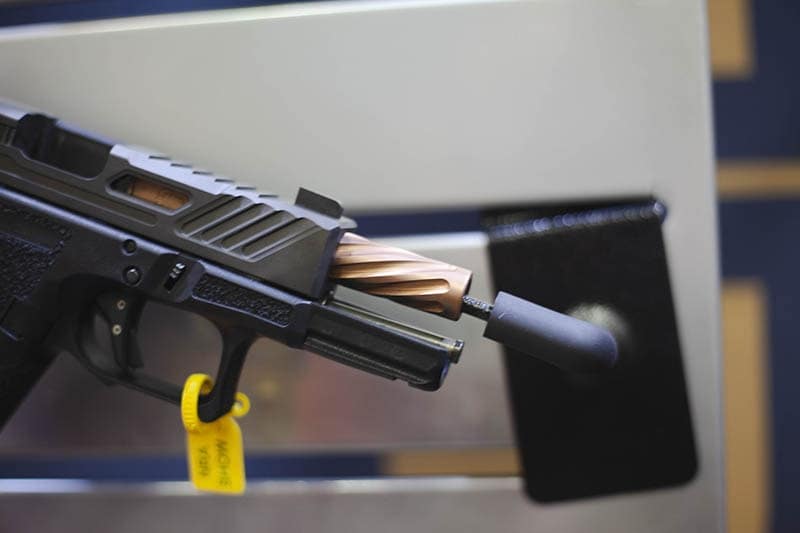 The Elite model offers a unique barrel that gives it a custom look and feel. (Photo: Jacki Billings/Guns.com)

Referred to as the NPOA, or Natural Point of Aim system, Shadow Systems’ backstraps change the bore orientation of the pistol. The pistol ships with three backstraps — high, neutral and low — with each name relating to how the backstrap orients the muzzle. Shadow Systems livens up the MR918 with front and rear serrations, optic cut, window cuts, stainless steel guide rods and a flat-faced trigger.

“The unique thing for us is that we were not rebranding something else. This was two years of design and development to get to (the MR918),” Chad Jewett, National Sales Manager for Shadow Systems, told Guns.com.

Jewett told Guns.com that reception to the pistol at NRAAM had been great with many consumers stopping by to take a look. The MR918 comes in two models, the Combat and Elite, with prices starting at $879 for the Combat and $989 for the Elite.