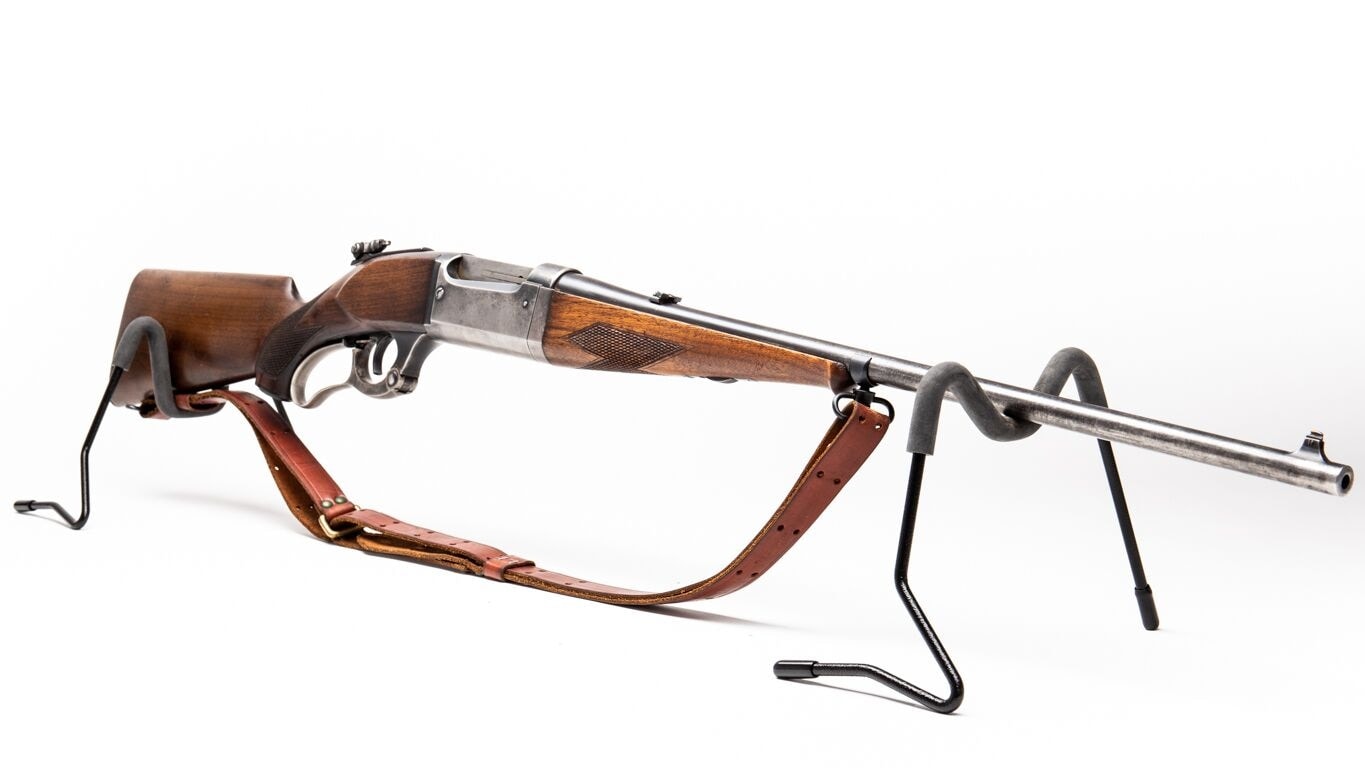 This Savage Model 99 example from the Guns.com warehouse is chambered in .250-3000. It’s a good example of the design, which is commonly seen in well-loved yet completely serviceable condition. (Photo: Guns.com Warehouse)

Few things are as American as the lever action rifle, a major design offering from the U.S. to the greater firearms world. While the names Winchester and Marlin are more quickly associated with the platform, none may be more endeared in the hearts of American hunters than the Model 99 from Savage Arms.

Arthur Savage was an inventor and man of the world, creating things from railroad and streetcar lines to naval torpedoes. In the midst of it all was born his design for a rotary magazine lever action rifle, and the rest is history. Savage saw the shortcomings of contemporary lever actions and set about to improve the platform.

Where traditional lever actions were limited in their use of spitzer-tipped centerfire rounds in a tubular magazine due to dangers of accidental detonation, the Savage 99’s rotary internal design solved that problem and allowed the use of more accurate bullets. 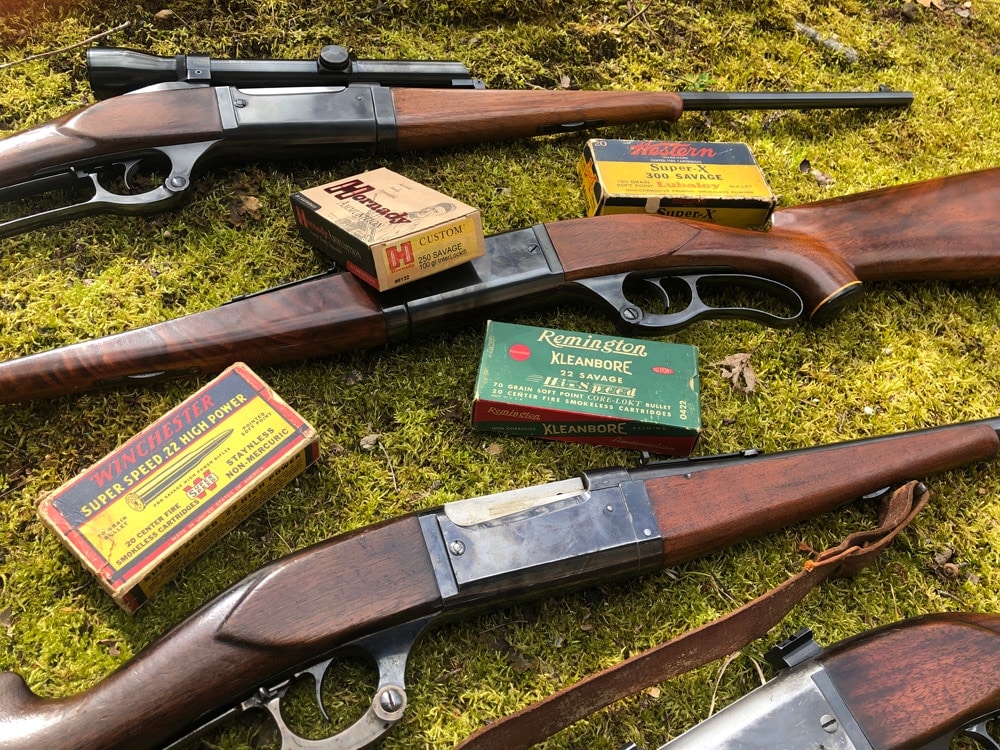 In addition to building a better mousetrap in terms of the magazine style when compared to Winchester and Marlin, Savage also did away with the external hammer in exchange for his patented hammerless, striker-fired action. This, in turn, allowed the use of a much heavier bolt, which gave the 99 the ability to safely handle higher pressure smokeless cartridges than comparable lever actions of the time. If those improvements were not enough, Savage also incorporated an angled side-eject that was a more friendly alternative to top ejecting lever actions, especially as the use of scopes was embraced by hunters.

Following proof of concept with a short Marlin production, Savage opened the doors on his own factory in Utica, New York and commenced building the Model 1899. Though Arthur Savage himself moved on from his firearms factory to pursue a sundry of other ventures from orange growing to radial tire patenting, the Model 99 would remain by far his greatest testament with over a million rifles produced in nearly a century’s time.

The Savage 99 has a track record of success as a blue-collar hunter’s rifle, and as such, the majority of the calibers were ideal for harvesting the gamut of North American game. A few of the most popular calibers were the original .303 Savage, .30-30 Winchester, .300 Savage, .250-3000 Savage, .243 Winchester and .308 Winchester. One of my personal favorites, the .22 Savage Hi-Power–better known to our European counterparts as the 5.6x52R–was an ahead-of-it’s time heavy-varmint, light-bigger-game round that remains incredibly popular across the ocean. 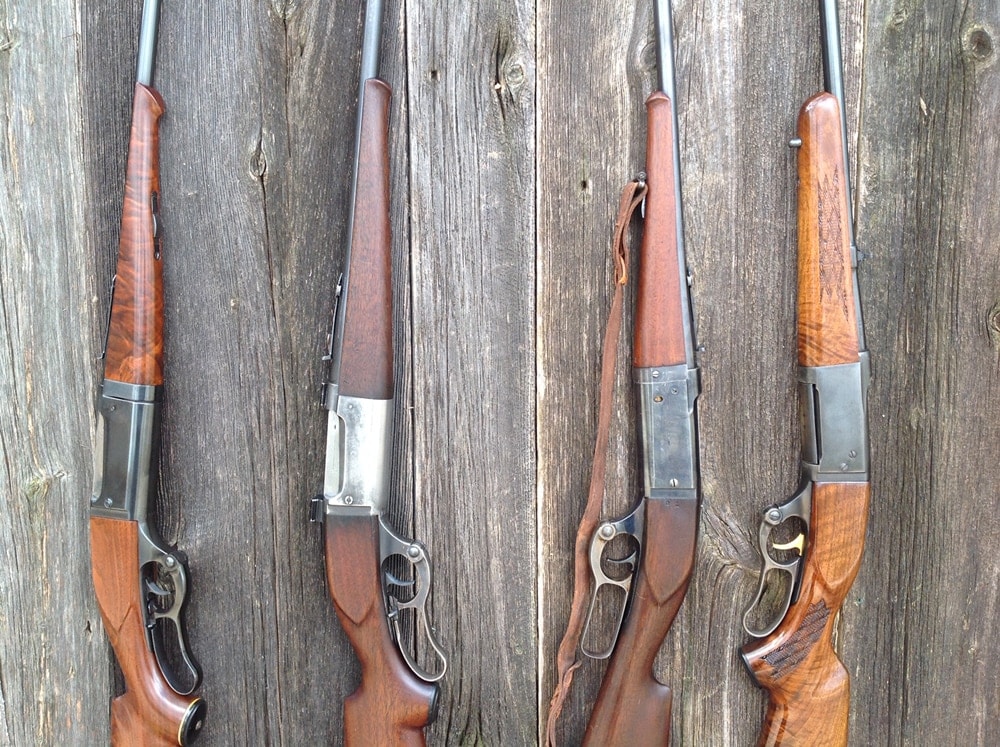 While the vast majority of 99’s to appear on local gun store shelves and online outlets will be one of the aforementioned, collectors of the model gravitate to the less common.  That means the shorter-run chamberings like .25-35 Win, .32-40 Win, .38-55 Win, .284 Win, and even the later .22-250 Rem, 7mm-08 Rem, along with the harder-hitting .358 and .375 Winchester calibers.  While the vast majority of 99’s utilize the blind five-round rotary internal magazine, a number of later variants made use of a dropbox magazine. There was even a .410 shotgun top end that was often partnered with the .300 Savage as a hunter’s takedown cased combination.

A short run of saddle ring carbine variants dominates the unusual, with perhaps the most rare being only a few known full-stocked Model 99 military muskets. If our production count holds true, that’s a total of fifteen rifle chamberings and one shotgun bore, all based on the ingenious Savage 99.

Though used guns move in and out of stock quickly at the Guns.com warehouse, there always seems to be a Model 99 available in one caliber or another. Current stock at the time of this writing includes one of my favorite calibers, the .250-3000 Savage.  This specimen is perfectly representative of a typical Model 99. It has a 22-inch barrel with original iron sights, while the tang is adorned with an aftermarket peep.

Hints of case color remain at the lever, while the steel buttplate is reminiscent of the utilitarian nature of the rifle. Most of the specimens, like this one, weigh just over seven pounds and balance incredibly well in the hand at the oft-worn rounded lower receiver. The brass rotary round counter remains as one of the most immediately recognizable features on the 99.  The tang-top cocking indicator was unique at the time as well.

The Savage 99 lever action design improved upon contemporary lever guns of the time by utilizing a rotary magazine which allowed safe use of spitzer bullets, an angled side eject compatible with optics, and a hammerless design with a stronger bolt allowing for higher-pressure rounds. (Photo: Guns.com Warehouse)

Walnut stocks on the Guns.com example are worn with the patina of age as is typical of the majority, while these are checkered, a later and deluxe option. The earliest models used a straight grip buttstock, and while this one wears a pistol grip, its shapely Schnabel forend is indicative of the trim and attractive lines of the 99.

While later models were drilled and tapped for scope mounts, early gems made use of Stith mounts—which attach at existing points of dovetail and tang—and such creative optics attachment helped save marring the virgin receivers of what are now much more collectible untapped rifles. Condition and scarcity always drive price, but even more common examples of the 99 such as this one have seen prices steadily climbing over the last decade.

Sentimentality of the Ninety-Nine

For their 125th Anniversary this year, Savage opted to commemorate the years with a beautiful Model 110 bolt action in chamberings including .300 Sav and .250-3000 Sav. While that is a fantastically beautiful gun, Savage lovers will always clamor for the return of the Ninety-Nines. While the Model 99’s have been out of production for several decades, the space they hold in the hearts of their owners knows no measurements of time.

Will we ever see the return of the lever action platform from Savage? Sadly, it is rather unlikely given the pure cost alone of building the rifle, coupled with the waning lever gun market. Yet for us lovers of that smooth-running, easy-handling, straight-shooting hunting rifle, hope springs eternal. Until then, however, the Savage 99 will remain both a collector and a shooter, a testament to the strength of American spirit and ingenuity, and an heirloom gun that–in my family as well as thousands of others–will continue passing from one generation to the next.