When planning to buy a concealed carry handgun people tend to conflate “best” with “small,” but small relates to different people in different ways.

Six-foot-two Bert weighing 240 pounds may see a compact pistol as small in his ever expanding waistband whereas 5-foot-4 Ernie weighing 120 pounds finds the same gun too big for his skinny jeans. Therefore, “practical” might be the preferred definition. The best concealed carry handgun is what’s most practical for you.

Here are the five best handgun options for concealed carry. 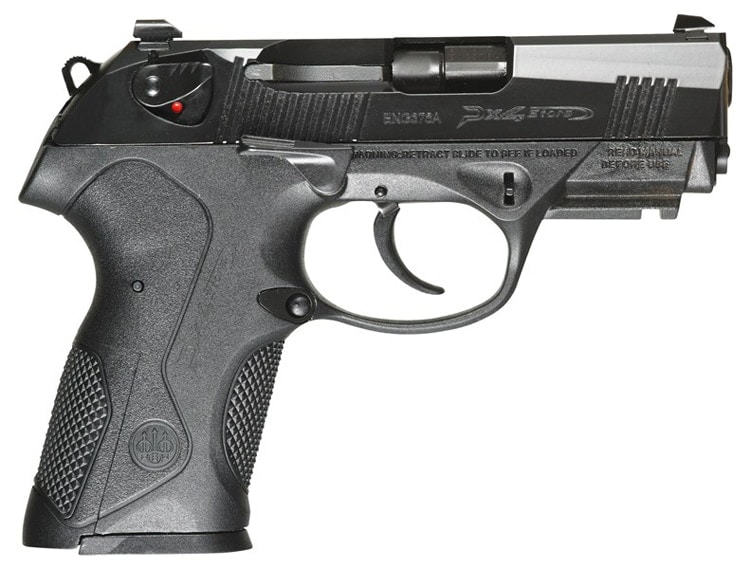 SEE THE PX4 AT GUNS.COM

Gun manufacturers tend to scale down their full-size handguns to fit the compact size as a way to offer another option. That way, the gun itself includes many of the same features as its full-size counterpart but in a smaller package. Features like an accessory rail or adjustable sights and a larger magazine capacity make compact pistols a desirable option for carry. But how practical is it to conceal a compact handgun?

When making a compact pistol, gun makers typically cut down both the barrel and grip by about an inch. What remains is a balanced pistol that allows almost all shooters to utilize a full three-finger grip. While the size reduction does make the gun more practical to conceal, in many cases a compact handgun is comparable to a full-size handgun and maybe still too big to conceal for anyone with a medium to small frame.

The Beretta PX4 Storm Compact is a good example. The Italian gun maker took the full-size pistol and reduced the barrel from 4 inches to 3.27 and the grip from 5.51 inches to 5. The changes make the capable duty weapon still large enough for service yet convenient to carry either open or discreetly. 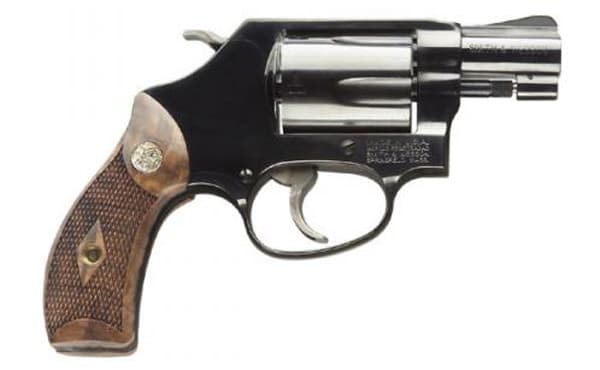 SEE THE MODEL 36 AT GUNS.COM

The term “snub-nosed” applies to a revolver with a frame of any size but with a barrel length of 3 inches or less. That description makes it notably different than semi-automatic handguns (besides the cylinder, obviously). Instead of a shortened barrel and grip, a snubby is determined only by how short the barrel is.

Snub-nosed revolvers became popular as concealed carry took on a more mainstream appeal. The benefit to a snub-nosed revolver is simplicity. No matter the quality of the gun or ammunition, the cylinder will rotate with every pull of the trigger.

When people think snub-nosed revolver, they typically envision a Smith & Wesson J-Frame, an indicator that applies to a range of Smith & Wesson revolvers. Although traditionally known to be chambered in .38, there are actually a variety of calibers. On top of that, many economical brands like Charter Arms and Taurus Firearms produce models that closely resemble the Smith & Wesson design. 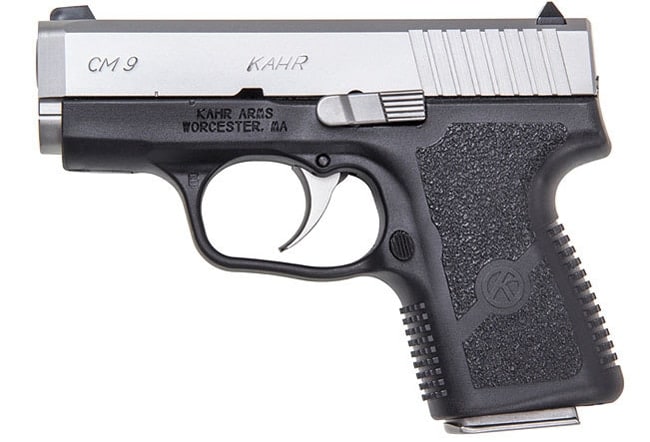 SEE THE GLOCK G26 AT GUNS.COM

Much like compact handguns, gun makers tend to smush their full-size pistols even more to make their subcompacts. While the smaller dimensions make them much easier to carry, they tend to be harder to shoot. You’re controlling the same caliber on a much smaller platform. None is more demonstrative than Glock pistols.

The Glock 26 is noticeably smaller than the standard Glock 17, yet, still a 9mm Glock pistol with Glock action, superb capabilities and a relatively high round count for its size (10 rounds) thanks to its double-stack magazine. It’s just the grip now only allows for a two-finger hold on a rather bulky handle.

However, other manufacturers start their designs as subcompacts. Kahr Arms, for example, specializes in concealed carry pistols. These are usually smaller, slimmer and more intuitive than the subcompact in a series. A slim subcompact is attributable to the magazine design, what’s called a single-stack in which cartridges fill in one top of one the other. 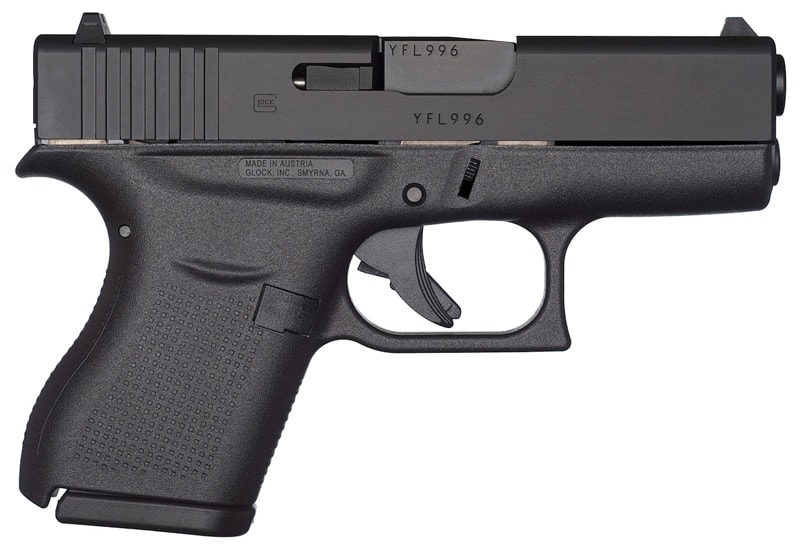 SEE THE M&P45 SHIELD AT GUNS.COM

A slimline pistol is a subcompact, but we’re identifying it as a category on its own because multiple reputable brands have altered duty-pistol designs to fit the bill. Glock, for instance, has the Glock 43 — 43x and 48 — and Smith & Wesson has the M&P Shield. The effort was to create a smaller gun with the familiarity of their popular base models.

While slim pistol designs are comparable to subcompacts, the identifying factor is that they measure in at about an inch in width. The slimness makes them easier to conceal and the functionality more intuitive. These designs are possible, again, because the manufacturer redesigned the gun around a single-stack magazine. 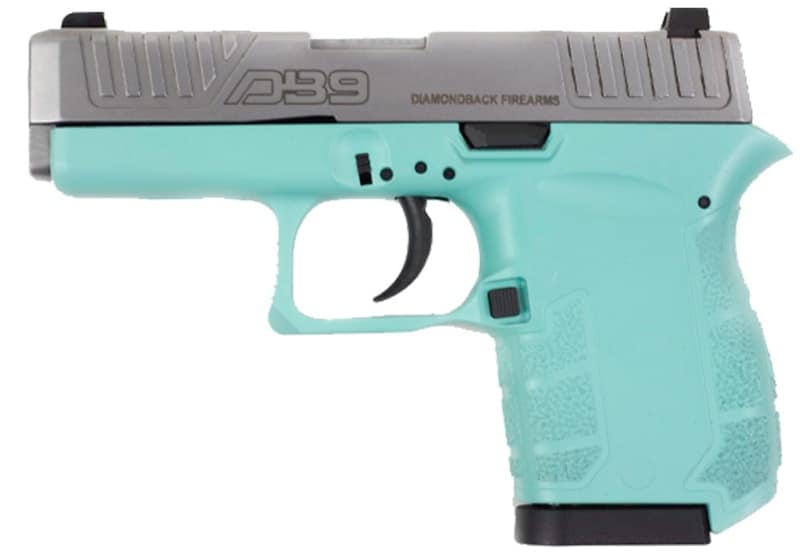 Some call these “get off me guns” since they’re designed to be used in a sudden, reactionary way. Like when a robber tries to ambush you as you try to enter your car.  In that scenario, things like sights and trigger pull matter very little as you pump lead into the attacker from an arm’s length away.

The best way to identify a pocket gun is when it fits in your pant’s pocket with ease. For such uber concealability the tradeoff is often limited caliber options and reduced magazine capacity. It’s a delicate balance. Gun makers want the gun to hold as many rounds as possible but of a caliber large enough for you to successfully defend yourself.

Traditionally, derringers are seen as the ultimate pocket pistol, but advancements in technology have changed that. Diamondback Firearms, for example, started making handguns ideal for life in balmy Florida, where summer lasts a mere 11 months out of the year. With a Diamondback pistol your options are .380 or 9mm and whatever color matches your cargo shorts that day.

Conceal and Carry On

No doubt, smaller is certainly easier to conceal and carry, but smaller isn’t always practical. The best concealed carry handgun should strike the right balance for you. What’s easy to handle and what’s easy to carry.