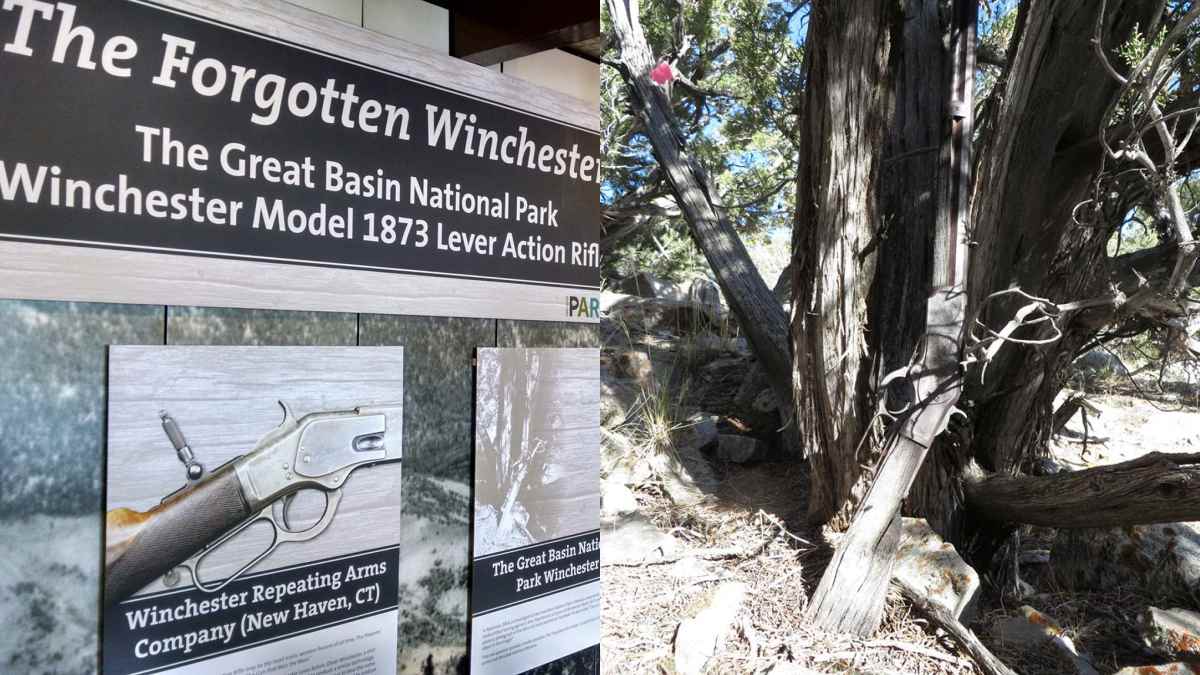 A vintage Winchester lever action rifle discovered in 2014 against a desert juniper in Nevada’s Great Basin National Park has gotten some upgraded digs.

Funded by the Great Basin National Park Foundation, the new visitor center display showcasing was unveiled earlier this month. The rifle, a Winchester Model 1873 chambered in .44-40 WCF, was found by NPS archeologist Eva Jensen in a remote area of the Park resting upright next to a tree where experts theorize it had been accidentally left behind, possibly decades before.

Park officials discovered the gun, now dubbed the “Forgotten Winchester” had its stock buried nearly five-inches in the arid soil over time and argued the juniper did not grow around the gun itself as it is a very slow-growing tree. 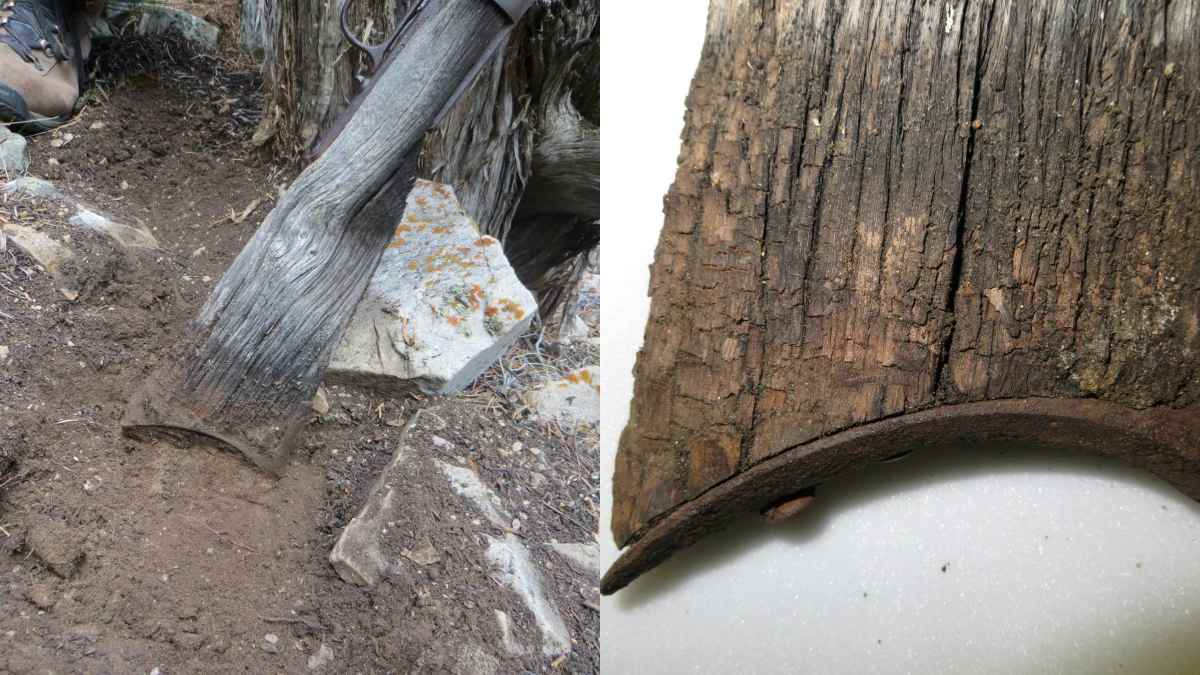 When found, the gun was unloaded with the hammer down on an empty chamber while its stock was buried 4-5 inches in the soil. (Photos: Great Basin National Park)

Dated by the Cody Museum to 1882 production, the rifle was found to have a live round in the buttstock cleaning rod trap. The round dated to the 1887-1911 time frame.

Since stabilized, the 1873 has made the rounds in gun events, even being showcased at Winchester’s booth at a recent SHOT Show, with Jensen in tow.

Now five years into the mystery, no sales records have surfaced related to the gun and park officials reportedly still don’t know who left it against the tree or may have owned it. Nonetheless, “The exhibit is a showcase for visitors to discover the rifle’s mysterious story and become inspired to imagine, investigate and care about a piece of their American history,” said Nichole Andler, the park’s chief of interpretation.