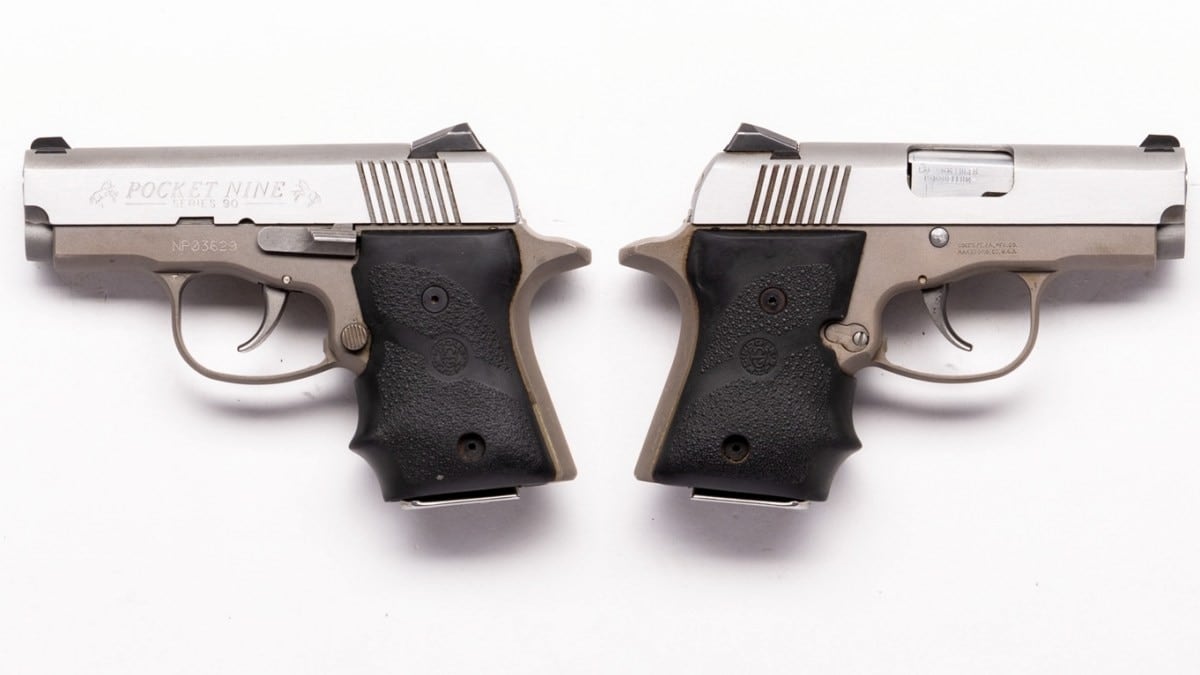 The Colt Pocket Nine, only made in 1999, is now rarely encountered. (Photos: Guns.com)

Best known for their full-sized .45ACP single actions, Colt tried to break that mold by marketing a double action 9mm pocket gun in the 1990s.

With the Federal Assault Weapons Ban afoot, which put the kybosh on the commercial market for semi-autos with a magazine capacity that went over 10 rounds, Colt debuted several double action pistols during the Clinton era. These included the 6+1 capacity Pony Series 90 .380ACP and various versions of the much larger Colt Double Eagle. Among this tide was the Pocket Nine. 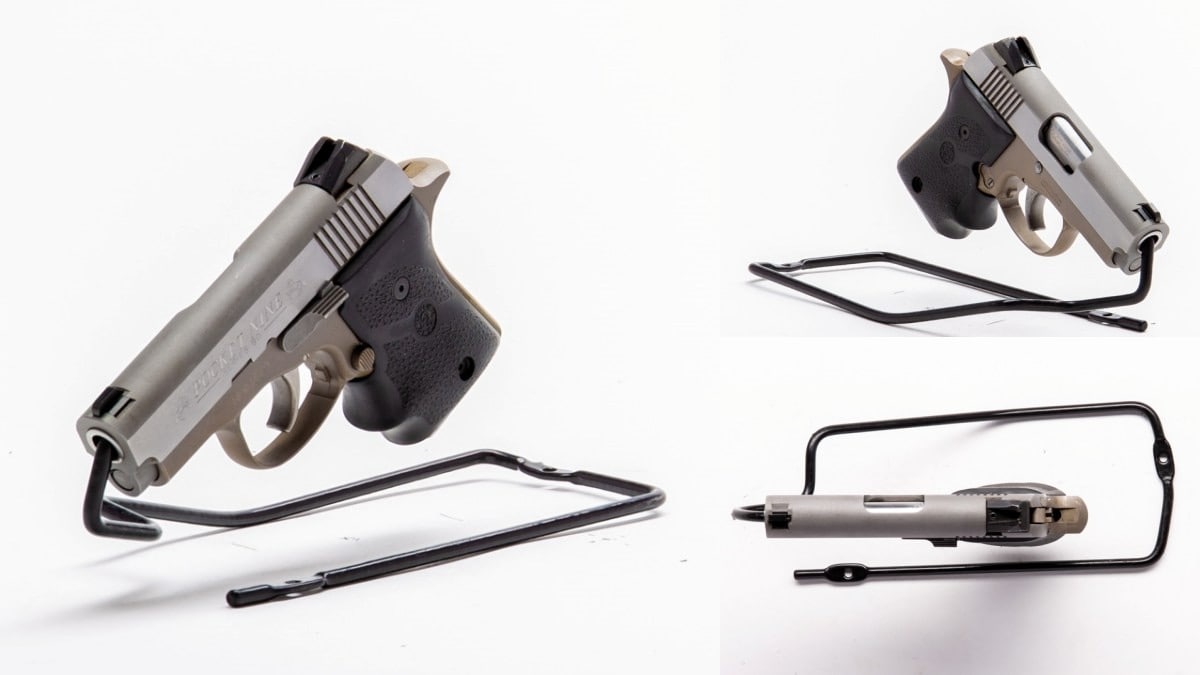 While there are over 17 million CCW holders today, in 1999, when the Pocket Nine came out, there were still at least seven states that banned the practice.

Tipping the scales at just 17-ounces, the very compact DAO used a 2.75-inch barrel and a very slim profile. Like the Pony 90, it had a 6+1 capacity but was chambered in the more powerful 9mm. Shipping standard with rubber wraparounds and 3-dot sights, the Pocket Nine was only produced in a stainless variant.

When it comes to specs, it rivals Kahr’s CM9 pistol, only it should be noted that Kahr introduced that polymer-framed model in 2011 — over a decade after Colt added the Pocket Nine to its catalog. Likewise, the Kimber Solo is similar in size but sports an aluminum frame and a striker-fired action.  In short, Colt’s single stack 9mm was interesting for its time. Its only contemporary rivals when it came to DAO hammer-fired single stack 9mms were the S&W 3953 and Sig’s P239, both of which are now out of production.

Speaking of out of production, the Pocket Nine is today a collector’s item, as Colt only produced about 5,000 of these guns in 1999, then closed the line. Facing competition like the Glock G26 subcompact, which was heavier and longer but offered a 10+1 capacity, the new 9mm had an uphill battle.

The one we currently have in the Guns.com Vault has two magazines and runs $599. Now 20 years young, it is looking for a forever home.