Hi-Point Wants You to Name Their New Pistol (VIDEO) 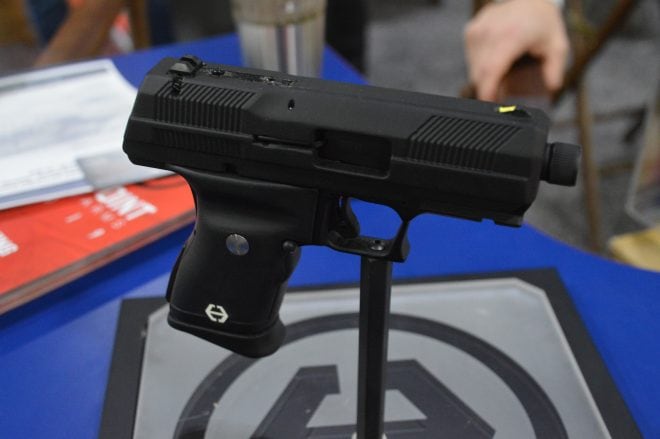 Hi-Point’s new 9mm pistol, with a planned MSRP still coming in at the sub-$200 level, is a lot more feature rich than their previous offerings. One thing they don’t have for it, however, is a name. (Photos: Chris Eger/Guns.com)

Ohio-based budget gun maker Hi-Point has put the bragging rights to name their next generation of 9mm pistol on the table.

Still lacking an official name to their pending 2nd Gen blowback-action semi-auto, Hi-Point is inviting the public to do just that via their “Name The Nine” contest. The first phase, to start Wednesday afternoon and run through June 13, will be to garner name suggestions through the company’s homepage. The second phase, running through June 24th, will be public polling to vote on a winning moniker. 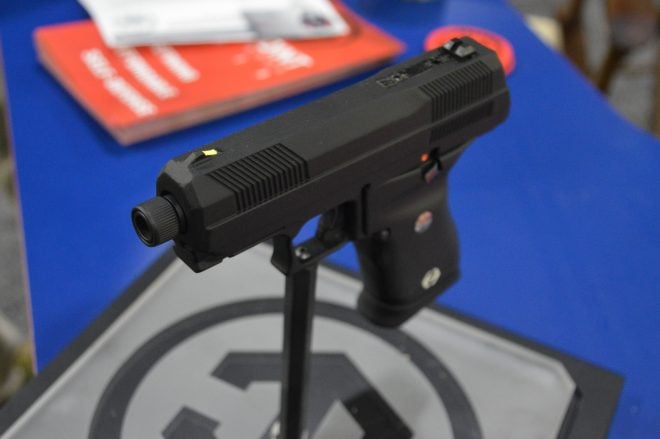 While still a blowback action, the new 9mm will have front slide serrations, an accessory rail, larger mag capacity and be suppressor-ready with a threaded barrel.

As a bonus, the sage that coughs up the victorious pistol handle will get one of the early production guns, free of charge.

Hi-Point’s new, more contemporary offering has been teased for the past several months and a 3D rendering was on display at SHOT Show earlier this year. While the gun is still in flux, standard planned features include a threaded barrel and a standard magazine capacity of larger than 10-rounds, both of which are a departure from their normal fare. Also new to the gun will be front slide serrations, a grip safety, and an accessory rail. Release date on the gun is tentatively set for late 2019.

For a closer look at what Hi-Point has been showing off, check out the below where we caught up with company reps in Las Vegas in January.