The Savage 93R17 is a Great Plinking and Varmint Rifle (VIDEO)

There are four main reasons why I think the Savage 93R17 chambered in .17 HMR is a great plinking and varmint rifle. It’s affordable, cheap to shoot, deadly accurate and the .17 HMR round is fast and deadly. 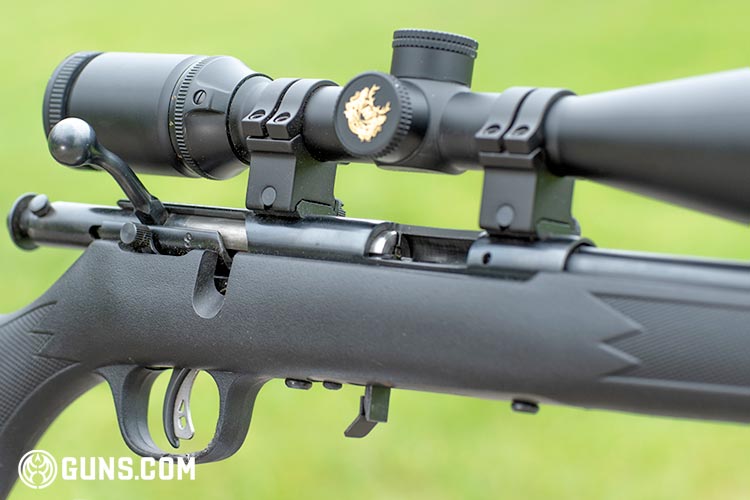 I purchased my Savage 93R17 four years ago for $200. You can still buy them for around the same price. It comes with a metal 5-round magazine and Savage’s AccuTrigger, which I think is a fantastic trigger.

I found a used Nikon Monarch 2.5x10x50 scope for $60. It’s actually a great little scope for the rifle and at full zoom, it’s perfect for 100-yard shots. I purchased some basic scope rings for $25, and a basic Caldwell bipod for $30.

So all in, I spent $315 for a complete .17 HMR package. I think that’s a very affordable price for a capable and fun gun. What’s even better than the fact that the gun is affordable, is that the ammo is affordable. This means you can shoot it a lot, which is great. 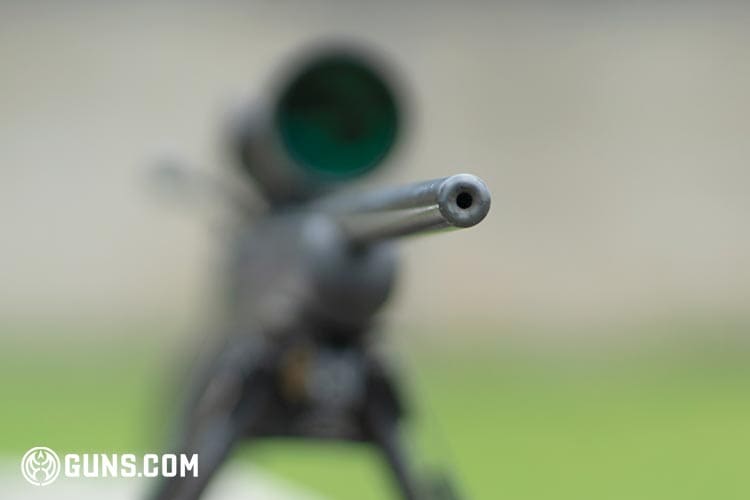 Savage .17 HMR rifles are notoriously accurate. My Savage 93R17 is no exception. I call it my laser beam, and for good reason. I can hit a dime-sized target consistently at 45 yards from a rest. At 100 yards I’m dead on. This rifle is literally surgical.

I use it on my father’s farm to control varmints. I used to use my Ruger 10/22 in .22 LR. It’s a fantastic gun and I still love shooting it, but the .22 LR round starts to drop at around 40 yards. .17 HMR rounds fly relatively flat out to 100 yards and they pack a lot more punch.  That means I can put a varmint in the crosshairs out to 100 yards and feel confident that when my gun goes bang, that varmint is toast. It’s a very humane way of controlling pests. 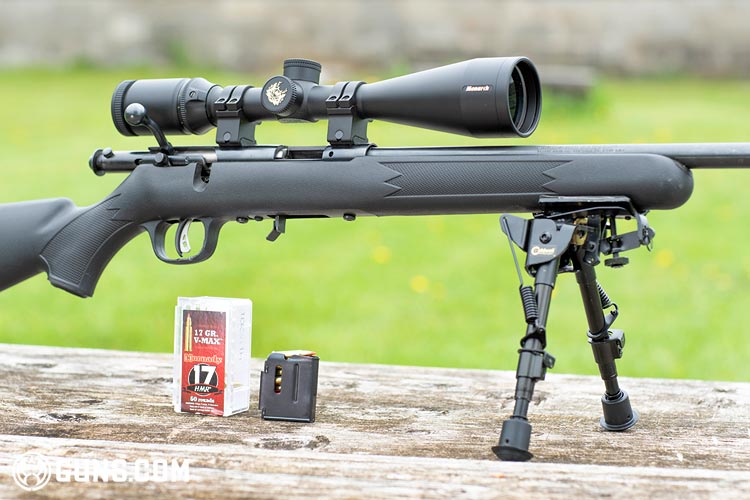 The .17 HMR round fired by the Savage 93R17 rifle is a very capable round.

Once you extend to 125 to 150 yards, the light .17 HMR round starts to lose its velocity rather quickly. Also, if there’s wind, it starts to get very challenging to hit targets. Fortunately, because ammo is so cheap, you can fire a lot of rounds and get familiar with the .17 HMR curve.

At 200 yards, I personally wouldn’t shoot any living creature for fear of wounding or grazing it. But setting up water bottle and targets at 200 and even 250 yards is challenging and a lot of fun. Again, because ammo is so cheap, you can put a lot of lead downrange.

So as you can guess, I highly recommend the Savage 93R17 rifle chambered in .17 HMR. I own a bunch of guns, but I always end up shooting my Savage .17 HMR the most. It has almost no recoil and it’s also not very loud so it doesn’t bother anyone. I can shoot it off my back patio and people in the house barely hear it.

You can find plenty of Savage .17 HMR rifles on Guns.com. There’s the bolt action model like I have for around $200. There’s also the semi-automatic Savage A17 model which is a bit more expensive, but it’s really sweet. 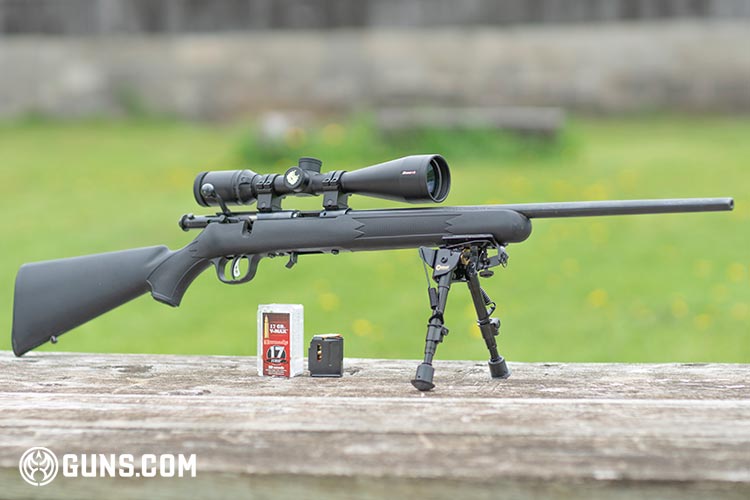 The Savage 93R17 rifle is my favorite plinker.