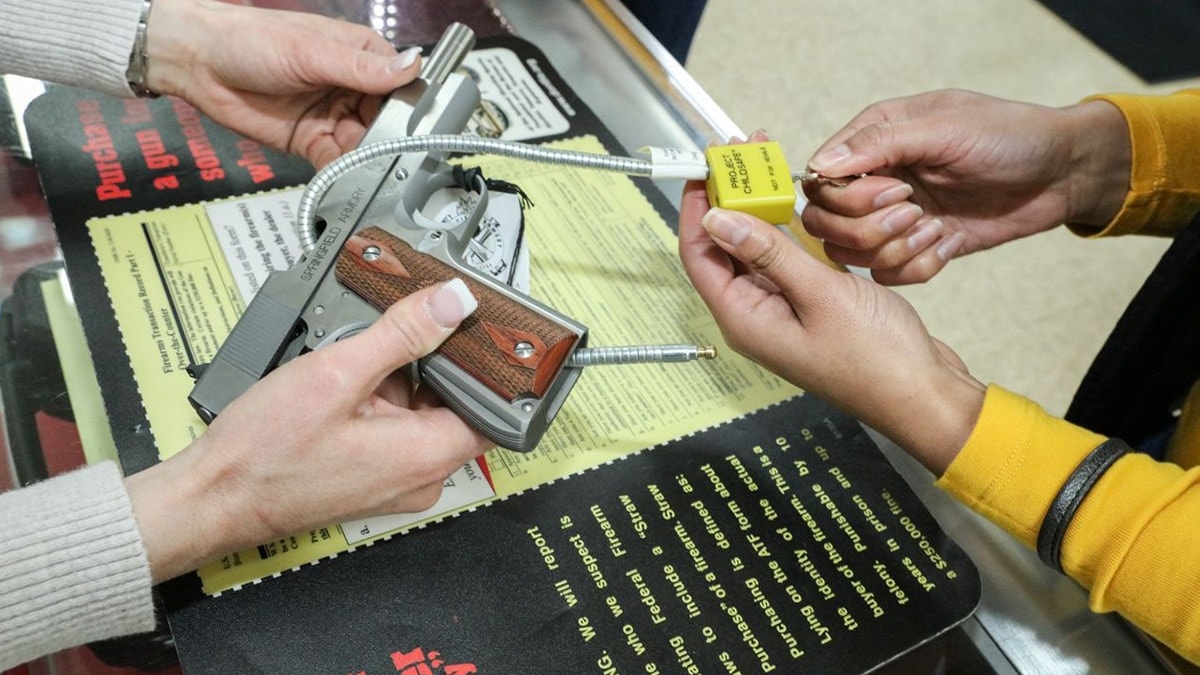 In honor of gun safety awareness month, Guns.com has partnered with the National Shooting Sports Foundation for Project ChildSafe, an industry driven initiative to promote the safe storage and handling of firearms.

“Project ChildSafe has been tremendously successful since the NSSF created the program 20 years ago. Since then, accidental gun deaths have been cut in half. Part of that success is from the NSSF’s ability to reach out to gun owners through a vast network of partnerships. Guns.com is proud to directly support that effort,” said Chris Callahan, Guns.com founder and Chief Executive Officer.

The NSSF named Guns.com a premier sponsor of Project ChildSafe for its $25,000 donation. That money will go toward the program’s primary mission of offering free gun locks and educational materials to the gun owning public across the country.

“We sincerely thank Guns.com for its very generous donation to our Project ChildSafe program,” said Steve Sanetti, NSSF CEO and Chairman of the Project ChildSafe Foundation. “Such support, along with the support from the broader shooting sports industry, really helps Project ChildSafe expand its message of genuine firearms safety and storing guns responsibly when not in use.”

The NSSF launched Project ChildSafe in 1999 with the goal of reducing the number of gun deaths linked to unsecured firearms or misuse of guns. That effort has helped significantly reduce the number of preventable gun deaths to historic lows, even as gun sales have increased.

“Gun safety should always be the number one priority both on and off the range. When you’re on the range, you take precautions to be safe and responsible so no one gets hurt. The same ideas apply when your guns are not in use — lock them up! That’s Project ChildSafe’s message and it’s a message we can get behind. That’s why we’re being proactive,” Callahan said.

Along with the donation, Guns.com will also make safety information developed by the NSSF and Project ChildSafe available on its website and provide safety materials to customers in product shipping.

“Storing firearms responsibly and securely when they’re not in use is the absolute best way to prevent firearms accidents and to help keep guns out of the wrong hands,” Callahan added. “As one of the largest retailers of firearms online, we want our customers to take that responsibility as seriously as we do.”