Turning the Browning Buck Mark into the Ultimate Range Gun

Recently I pulled out one of my very first handguns and decided to breathe some new life into with a few upgrades. The Browning Buck Mark was the third handgun I ever purchased. I scoured the local gun classified for someone selling one because I was convinced I needed a .22LR handgun for practice.

I found a great deal on one, drove an hour to a gun shop, met a guy, filled out some paperwork, did a background check, and went home with my new handgun. I don’t think this gun had ever really been shot and so I thought I had scored a huge win. The reality was, while I liked this gun, I didn’t really shoot it often. Then Sandy Hook happened and the cost of .22 skyrocketed to 9mm prices, so it sat and collected dust.

Fast-forward almost 10 years and I started thinking about how much fun it is to just plink. I considered buying a new .22 handgun, but then I remembered when I was working at a gun shop we had some cool upgrades for the Buck Mark pistols made by Tactical Solutions. I had wanted to do something back then, but there were so many other cool guns to buy I just put it off. I decided now was the time to revive the Buck Mark and give it a makeover. 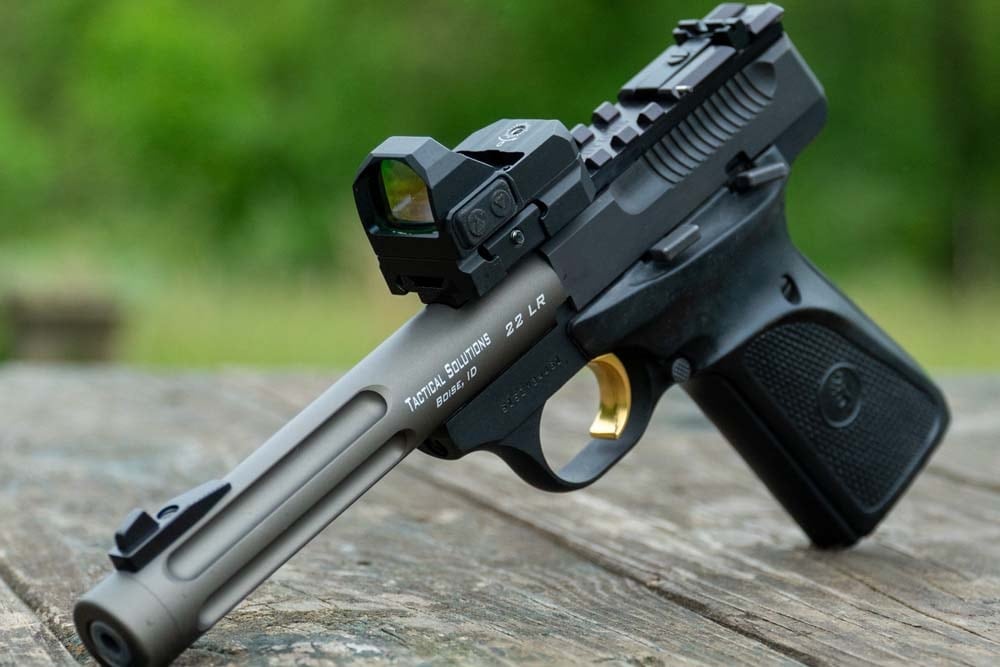 I decided to go with the Trail-Lite OD Green fluted 5.5-inch barrel and the standard Trail-Lite scope base rail. Since I was already opting for an upgrade on this gun I decided to go all in and ordered in a SilencerCo Switchback RAW and a US Optics DRS (Dynamic Reflex Sight) to turn this into the ultimate fun gun for the range.

The installation process for the barrel and rail was very simple and straight forward. With two Allen wrenches and 10 minutes, I transformed my boring old Buck Mark into a cool looking blaster. Other than the cool factor, the biggest advantage of the Trail-Lite barrel from Tactical Solutions it the weight savings.

At six ounces, the barrel is half the weight of the original barrel. The barrel is also threaded at 1/2×28 allowing for a compensator or in my case the direct attachment of a suppressor. The rail comes with an adjustable rear sight so I was able to use it immediately while waiting for my optic. 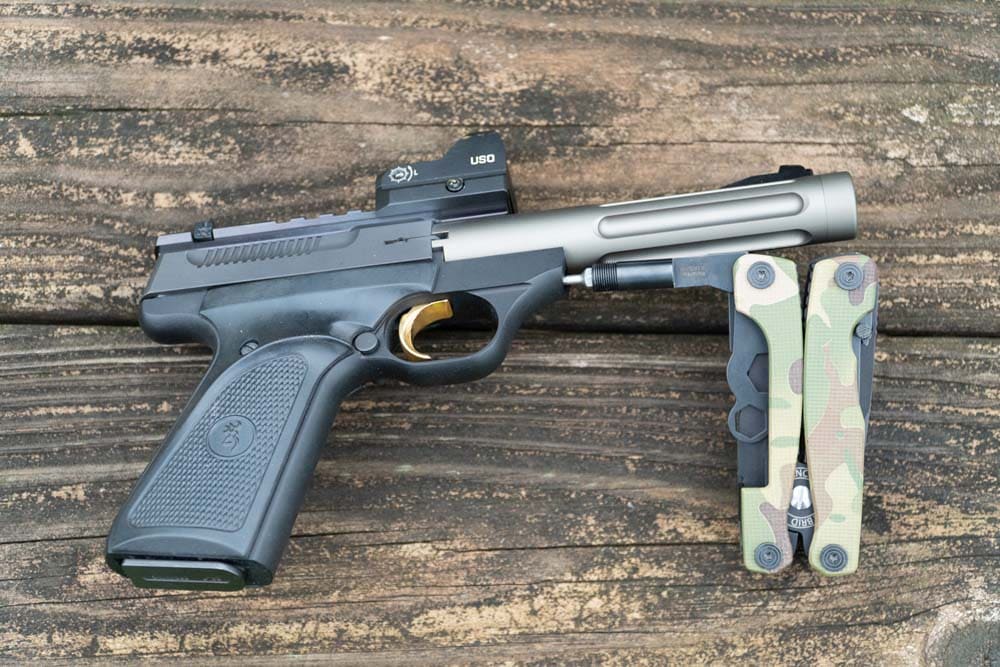 The US Optics DRS was the perfect option for this upgrade since it has a small 2 MOA dot and weighs just under two ounces with the Picatinny mount. The DRS comes with the same mounting footprint as the Vortex Viper if you want to mount to a milled slide, but the Picatinny mount was perfect for my use and lets me easily take it on and off for storage.

The $249 MSRP makes the DRS a great low cost option for handguns or even carbines. The controls are simple and the battery life, according to US Optics, is around two or three years on a single CR2032 battery.

The final piece of the upgrade was the SilencerCo Switchback. The Switchback has the claim of being the quietest .22 can on the market. What I liked about it, though, was that it is configurable in multiple lengths, is easy to clean, and can be used up to a 5.7×28. I opted for the “raw” finish figuring the two-tone black and titanium look would go nicely with the OD Tactical Solutions barrel.

This was the most expensive part of the upgrade and of course comes with all the headaches that come from purchasing a NFA item including the extra $200 you fork over to the ATF for a stamp giving you permission to own it. 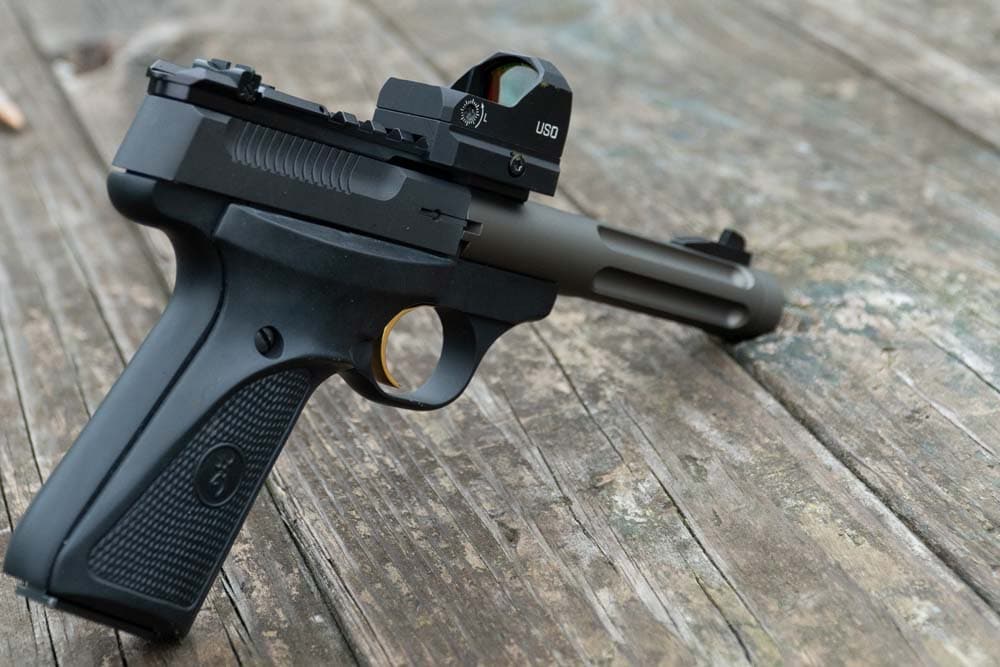 This was absolutely not an inexpensive project. With everything including the tax stamp, the retail total is right around $1,100. (Photo: Noah Alkinburgh/Guns.com)

Let me just put this out there, this was absolutely not an inexpensive project. With everything including the tax stamp, the retail total is right around $1,100. Yes your read that correctly.

Add in the price of the Buck Mark and you are at around $1,300 – $1,500 depending on if you find a used one or go with a new one. That might seem like a lot for a .22 “fun gun,” but this is the kind of project that most people would spread out over time. Then, items like the optic and suppressor are optional and both could be used on more than just this build.

The barrel and rail from Tactical Solutions were around $300. This, to me, is a solid investment and definitely breaths some new life into a great gun. It was a ton of fun doing this, and the best part was watching my 12-year-old light up the range and ask me when we could go shoot that gun again.