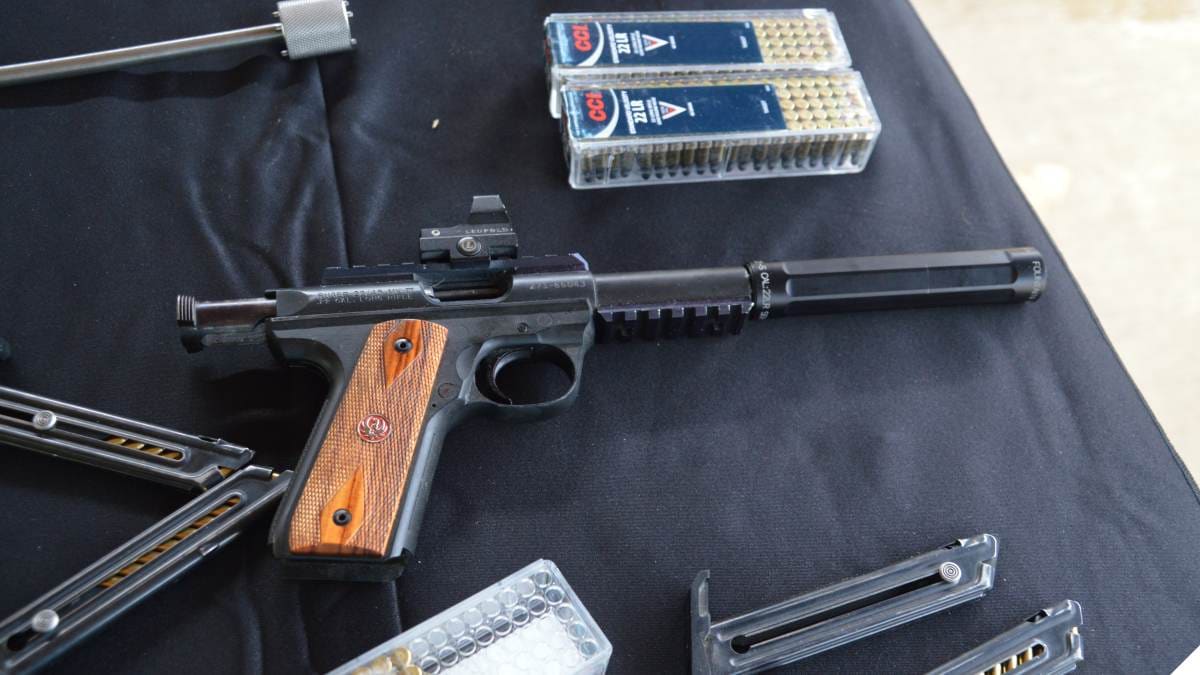 First marketed 110-years ago, some 1.5 million legal firearm suppressors are in current circulation in the U.S. (Photo: Chris Eger/Guns.com)

A New Jersey Democrat plans to introduce a bill to the U.S. Senate that would largely ban legal suppressors nationwide and use taxpayer money to reimburse owners.

Sen. Bob Menendez last week announced his plan to introduce what he terms the Help Empower Americans to Respond (HEAR) Act when Congress goes back to work on Monday. His bill would reportedly provide some narrow exceptions for “certain current and former law enforcement personnel” and others while outlawing the more than 1 million currently legal suppressors in the country.

First introduced commercially in 1909 by muffler inventor Hiram Percy Maxim and dubbed a “Silencer” as a marketing gimmick, suppressors designed for use in moderating the noise of a firearm’s muzzle blast the devices could be purchased over the counter and via mail order until they were regulated by the National Firearms Act in 1934. While Maxim’s company later went out of business, today there are hundreds of suppressor makers of all sizes and, as of Feb. 2018, some 1,489,791 million were carried on the National Firearms Registration and Transfer Record.

Menendez’s office details that his bill would outlaw their private possession or sale and limit the devices to some police use and “for certain authorized testing or experimentation.” Within 90 days after his bill being signed into law, owners that do not meet the guidelines proposed by the career politician would have to forfeit their suppressor to the government for a reimbursement paid for through a Justice Department grant used for bolstering small town law enforcement.

Notably, Menendez represents one of eight states that has long had a state ban on suppressors, so the impact of his legislation would fall primarily outside of New Jersey. For reference, the four states that have the highest number of legal, registered suppressors are Texas (265,597), Florida (98,972), Georgia (72,734) and Utah (51,760), all Republican strongholds.

National firearms and suppressor trade industry groups say that Menendez is ill-informed and far off base when it comes to his rhetoric on suppressors, which have been highly regulated for 85 years. Would-be suppressor owners must file paperwork with federal regulators, that includes submitting fingerprints and a photograph. The background check process takes months and, in the end, requires a $200 tax that is non-transferrable. Further, few are ever used in crime.

“The senator should spend more time studying up on suppressors instead of watching spy movies to generate restrictions on law-abiding Americans exercising their Second Amendment rights,” Mark Oliva, director of public affairs for the National Shooting Sports Foundation, told Guns.com.

Oliva noted that, in a 10-year period from 1995-2005, less than 0.1 percent of homicides in federal court, and an even lower 0.00006 percent of felonies in California, involved the use of a suppressor. In fact, a 2017 White Paper by a high-ranking ATF official recommended the devices be reclassified from under NFA control “given the lack of criminality associated with silencers.”

The NSSF has long backed suppressors as instrumental in helping with gun safety and training, particularly in combating irreparable hearing loss due to the blast of muzzle reports, which peak at well over 140 dB, the level in which permanent damage to the ear can occur. Oliva explained that NSSF has in the past offered to take Menendez to the range with other lawmakers to educate them on suppressors, an offer which was not accepted.

“Despite his purposefully misleading characterizations, the truth is suppressors reduce the sound of a muzzle blast from a decibel level equal to a jet taking off to that of a jackhammer,” said Oliva. “It is clearly still audible and will gain the attention of anyone within the vicinity.”

Knox Williams, president of the American Suppressor Association, told Guns.com that the devices are a commonsense tool that over 500,000 law-abiding Americans use to help protect their hearing. That suppressors aren’t the issue, misinformation is.

“It’s time we stopped listening to the peddlers of misinformation who blame these inert devices for the actions of violent criminals. Senator Menendez’ bill does nothing to target criminals,” said Williams. “It would, however, put the health and safety of law-abiding Americans at risk.”

The Hear Act has the support of Bloomberg-financed Moms Demand Action and Everytown, representatives of which were at Menendez’ public announcement of the proposal in New Jersey last week.

Earlier this year, Menendez introduced a ban on gun magazines that can hold over 10 rounds, as well as legislation to strengthen regulations on 3D guns. In January, he introduced a new federal assault weapons ban into the Senate. In 1994, he voted for the original AWB as a member of the House of Representatives.