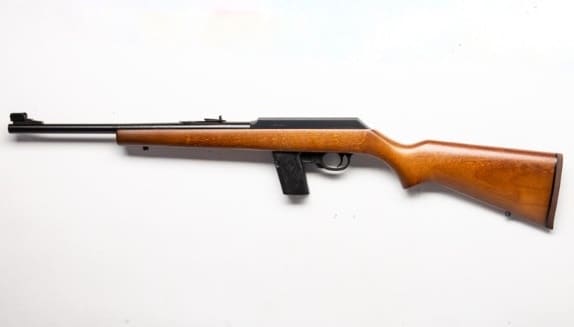 The Marlin Camp Carbine debuted in 1985 just in time for the company’s 115th Anniversary. By 1999, it was put out to pasture.

First introduced in 1985 with the Model 9, Marlin’s neat little 9mm semi-auto rifles were pitched as durable and compact guns that were ready to tag along to the field. 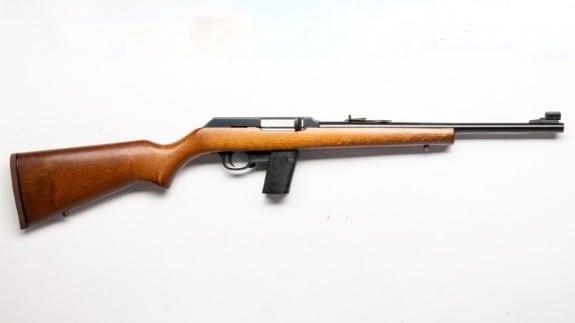 With styling that gave a nod to the military surplus M1 Garand and Carbine, the Model 9 had what was billed as a Garand-type safety and a one-piece walnut finished press checkered Maine birch stock.

Using a 16.5-inch Micro-Groove barrel and a machined steel receiver that was sandblasted to prevent glare, the gun’s overall length was 35.5-inches while it tipped the scales at around 6.75-pounds– very near the size of an M1 Carbine. 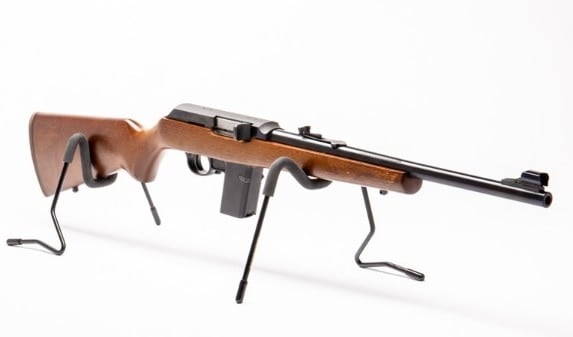 Shipping with a 12- or optional 20-shot detachable magazine, the Model 9 was augmented by the .45ACP-caliber Model 45 starting in 1986, and both were marketed as Marlin’s “Self-Loading Camp Carbine.”

Drilled and tapped for a scope and fitted with adjustable folding rear leaf sights with a ramp front, later generations of the Camp Carbine came standard with a high-viz orange front post covered by a Wide-Scan cutaway hood. 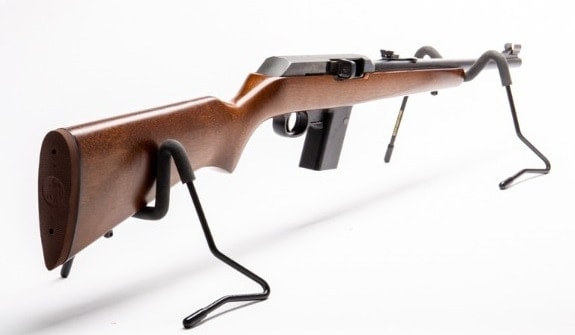 The action included a manual bolt hold-open with an automatic last-shot bolt hold-open and a loaded chamber indicator. The stock came standard with a rubber rifle butt pad and swivel studs.

Of note, the magazine of the Marlin Model 9 could be swapped out for S&W Model 59 double stack pistol mags, which are common. The Model 45 used a 7-round M1911-style single stack. In 1990, Marlin discontinued the optional 20-rounder and began shipping the Model 9 with a four-shot magazine before settling on a 10-round mag in 1995. 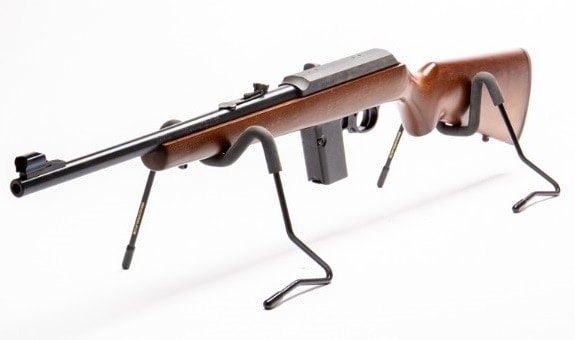 Price in Marlin’s 1999 catalog, the last time the gun was carried, listed the Camp Carbines in both models with a retail of $459. By 2000, the guns were discontinued as Marlin ceded the pistol caliber carbine market to Ruger and Hi-Point.

Today, Marlin, which was acquired by Remington in 2007, no longer makes a centerfire semi-auto but continues to market their seemingly everlasting Model 60 and 795 rimfire self-loaders.