The new exclusive Legion Series pistol features what Sig bills as the first-of-its-kind TXG tungsten/polymer XGrip module which helps translate to an unloaded weight of 43.5-ounces. The heavier grip module with a removable magwell translates to what the New Hampshire-based company says is a substantially reduced felt recoil and muzzle flip, cutting them in half.

Other upgrades include a Legion Gray PVD slide with lightening cuts, 5-inch match grade bull barrel, and a lightened and skeletonized trigger — the latter of which reduces pull weight by up to 30 percent. To beef up the internals, the P320 XFive Legion has a one-piece stainless-steel guide rod and a 14-pound 1911-style spring. Optic-ready right out of the box, the pistol is compatible with a ROMEO1PRO or a standard DeltaPoint Pro and features Dawson Precision fiber optic front and adjustable rear sights. 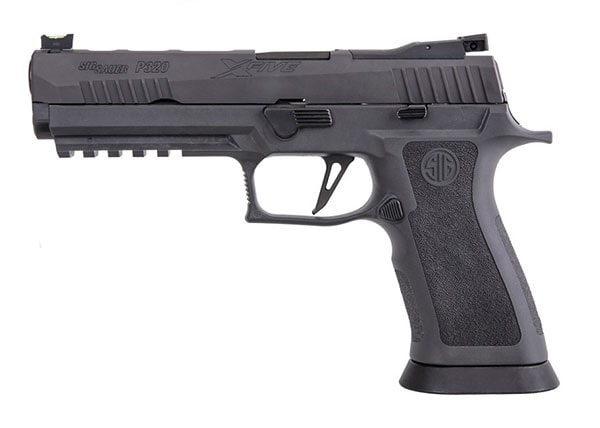 The 9mm Sig Sauer P320 XFive Legion comes with three 17-round magazines with aluminum Henning Group base pads– or 3×10 round mags in states with limits. (Photo: Sig)

“We are really excited about the introduction of the Sig Sauer P320 XFive Legion to the market because it embodies the forward-thinking Sig Sauer mindset when it comes to product development,” said Tom Taylor, the company’s chief marketing officer, going on to describe the newest gun in Sig’s stable as “changing the game for competition pistols.” 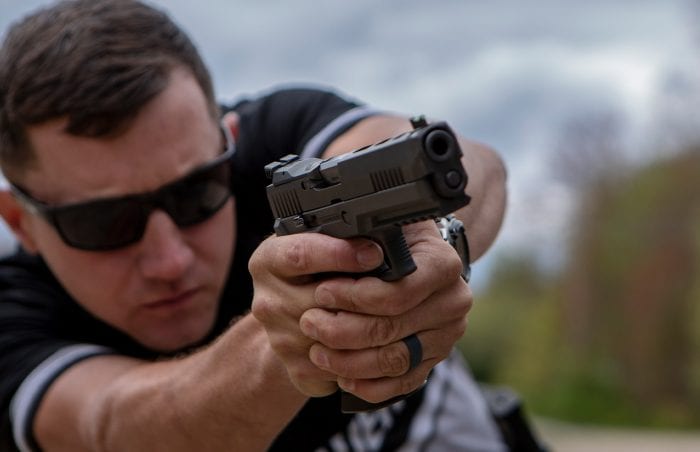 Optics-ready, the pistol is compatible with a ROMEO1PRO Optic or a standard DeltaPoint Pro Optic and features Dawson Precision Fiber Optic front and adjustable rear sights. Note the lightening cuts on the slide. (Photo: Sig)

The pistol, which has an overall length of 8.5-inches with a roomy 6.8-inch sight radius, comes with three 17-round magazines with anodized aluminum Henning Group base pads. Like other Legion series firearms, upon registering their gun with Sig, owners receive a complimentary case, a challenge coin matched to the firearm, exclusive access to Legion gear and merchandise, and receive exclusive communications from both the company and the Legion. MSRP is $899.

For those who would like the full-sized XFive P320 but without the Legion add-ons, those models are also available in both black and coyote finishes with an MSRP of $850– although we beat that significantly in the Guns.com Vault.