Young Guns: When to Teach Kids to Shoot

Working in the gun industry, people often ask me when they should introduce their kids to guns. What I’ve learned over the years teaching my own kids about the subject is that it’s different for every child. Through trial and error, I found that certain lessons help more than others. While introducing shooting to kids early helps, so does taking incremental steps so they learn and appreciate the sport.

For each one, I set clear boundaries. I stressed that guns are not toys and that they should neither discuss nor show them off to their friends when they visit our home. I made very clear — and never tried to hide — the destructive power of a firearm. At the same time, I taught them that guns were nothing more than tools. I didn’t just have one conversation with my kids about gun. I kept reminding and enforcing gun safety rules. I did this even with their Nerf guns so that when they had an actual firearm the behavior was second nature.

Give Them a Choice

After safety lessons, I let my kids dictate if they even wanted to shoot. I learned early on, especially with my daughters, that making them shoot or watching me shoot never really made them more interested. So, I’d always give them the option. Sometimes they were very excited to go but other times they weren’t. 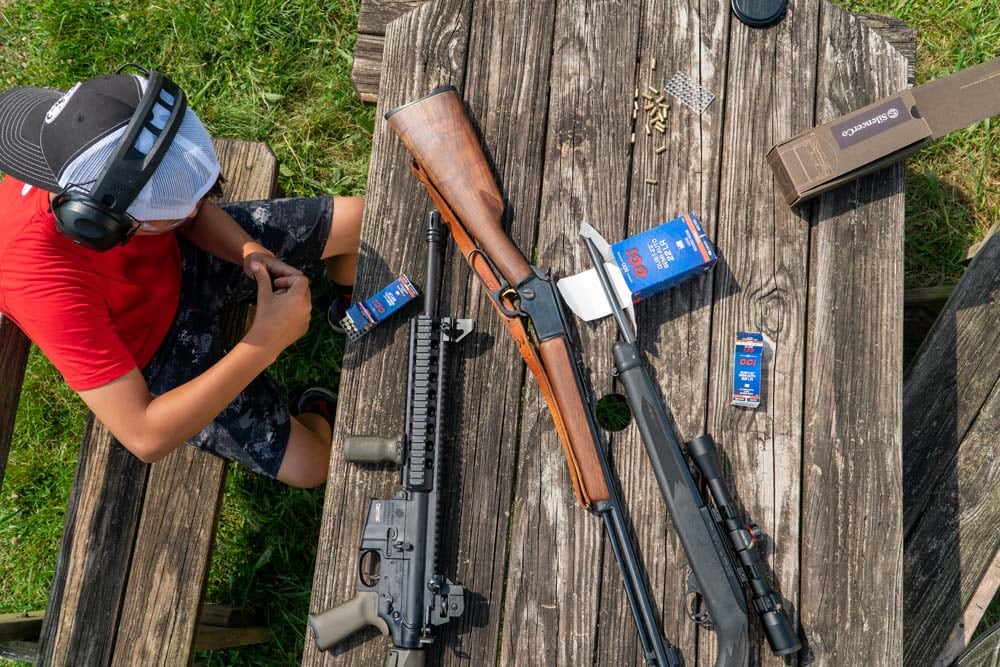 I let them dictate whether they wanted to shoot or not. I learned early on, especially with my daughters, that making them shoot or sit there and watch us shoot if they didn’t want to never made them more interested. (Photo: Noah Alkinburgh/Guns.com)

Just like with sports and music, I found it best to let them choose. Sometimes it works out and sometimes it doesn’t. With that said, my oldest daughter has very little interest in shooting, my oldest son is interested up to a point, my youngest daughter loves to go to gun shows but not the range, and my youngest boy enjoys it a lot.

When the child wants to shoot, make it an enjoyable experience. I find this lesson might be the most difficult to follow. When I finally have some time to shoot for fun, I want to shoot fun stuff for me, but my 12-year-old does not do well with a 4-foot long Mosin chambered in 7.62x54r or a shotgun. I learned this lesson the hard way with my oldest two.

My parents were in town and we went to the range and my dad and I decided to shoot some clay pigeons. My daughter was probably 8 or 9 years old and my son was a year younger. After watching us shoot for a bit, my son wanted to try. I explained shoot a 12 gauge was not like shooting the .22 and how to hold it and he shot it. He didn’t like it much but he was ok.

At this point, his sister wanted to try. I knew she wouldn’t like it but I didn’t know how to keep her from trying. I explained it all to her just like I had her brother. It did not go so well. It really hurt her. To this day, I wish she hadn’t shot it because she hasn’t shown any real interest in shooting or going to the range again. I don’t know if I did the right thing letting her shoot, but after that I was much m ore careful about the guns I let my kids shoot. 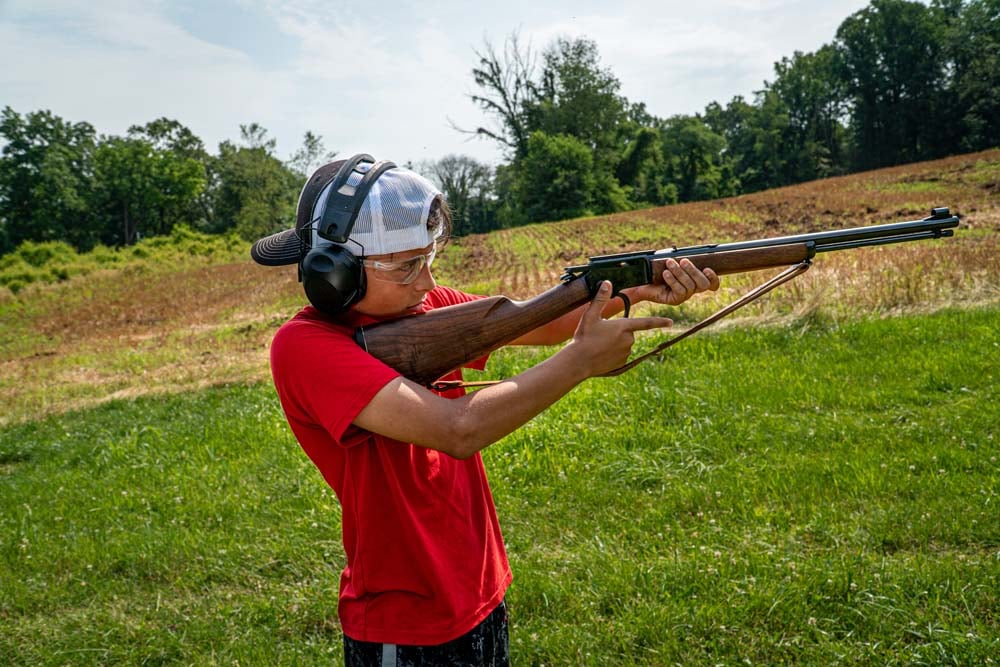 22’s are fun for everyone, you can get different styles, they are inexpensive to shoot and you can really work on the fundamentals of shooting rather than worrying about recoil impulse and noise. (Photo: Noah Alkinburgh/Guns.com)

Again, each child is different and will respond differently to different types of firearms and calibers. With that being said, .22s are a safe choice. They come in different styles, inexpensive to shoot, easy to use for teaching the fundamentals of shooting, have light recoil and aren’t the loudest. They’re just fun for everyone.

I can’t stress the variety, though. Take the Smith & Wesson M&P 15-22, for example. The controls are identical to an AR in .223/5.56 but the rifle is nearly half the weight and is much quieter. Since my youngest son can keep better control of .22-caliber AR, he can do drills like I do.

Then, he also enjoys the Ruger 10/22. This rifle helps him practice positive long-range shooting skills. Shooting the lever or bolt gun .22’s is just fun and can be used to hunt in our state (where it’s not legal to hunt with any semiauto .22). Lastly, probably one his favorite guns to shoot is the Browning Buckmark, especially since I made all the upgrades.

This doesn’t mean he can’t or doesn’t shoot some of my other guns like a .243, or my .308 bolt gun, or normal AR pistols, but those guns do limit him to much more confined shooting. He likes to have fun. That’s the point, after all. And that brings me to my final lesson. 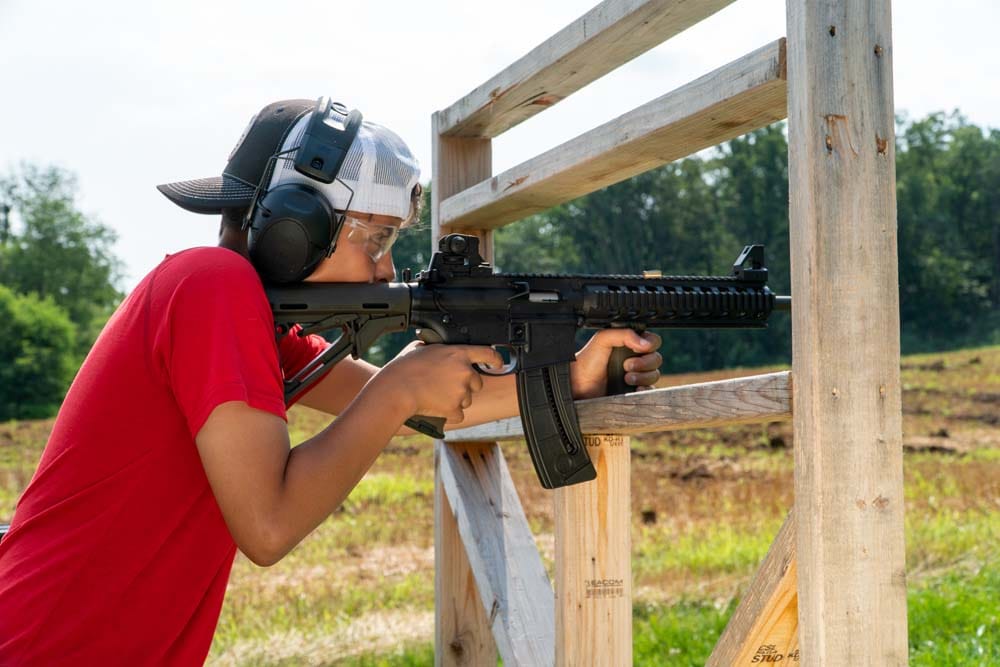 When using guns like the Smith & Wesson M&P 15-22, the controls are identical to using an AR in .223/5.56 but at nearly half the weight, and much quieter. (Photo: Noah Alkinburgh/Guns.com)

Make it fun by picking targets that provide immediate feedback. Since some ranges frown on some of these things, try to find ranges where you can shoot fun stuff like steel targets. You hear the ding and know you hit it. But there are also more economical options.

Blasting tin cans from your recycling bin always brings a smile. Exploding target can be a real blast (dad joke intended) but I only use them occasionally. One thing I found that was fun was taking helium filled balloons out to the range, weighing them down and shooting them. It’s more challenging than you might think when they blow around in the breeze. Last but not least, full soda cans. Seeing them explore will bring a smile to almost anyone’s face.

Just be creative. Work within the confines of your range and think outside the box. When I was a boy I’d shoot milk bottle tops with my BB gun. Just don’t make your kids sit and shoot paper all the time. Some of them may really like the paper, but I promise if you get creative, they will enjoy it even more. 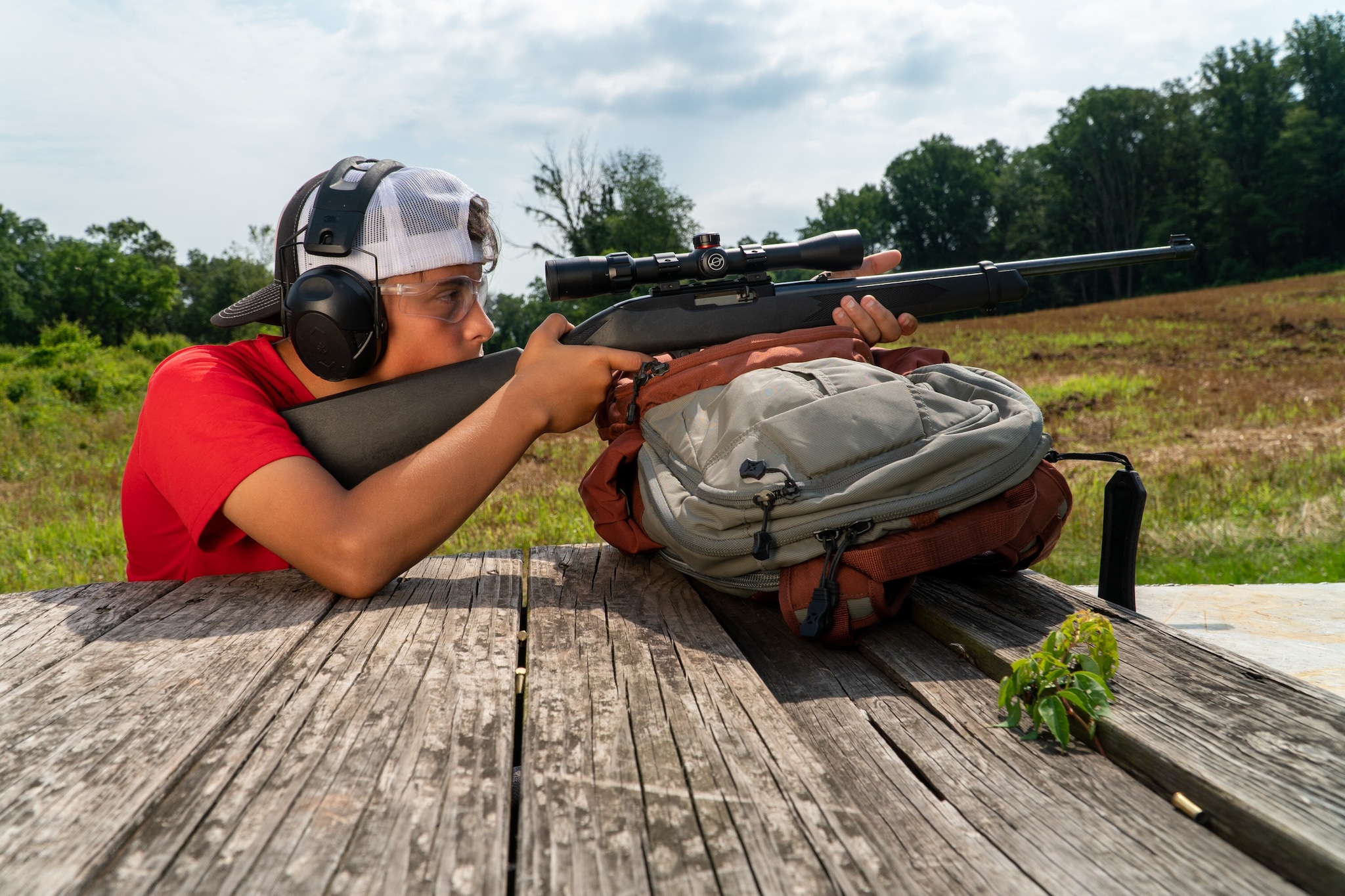