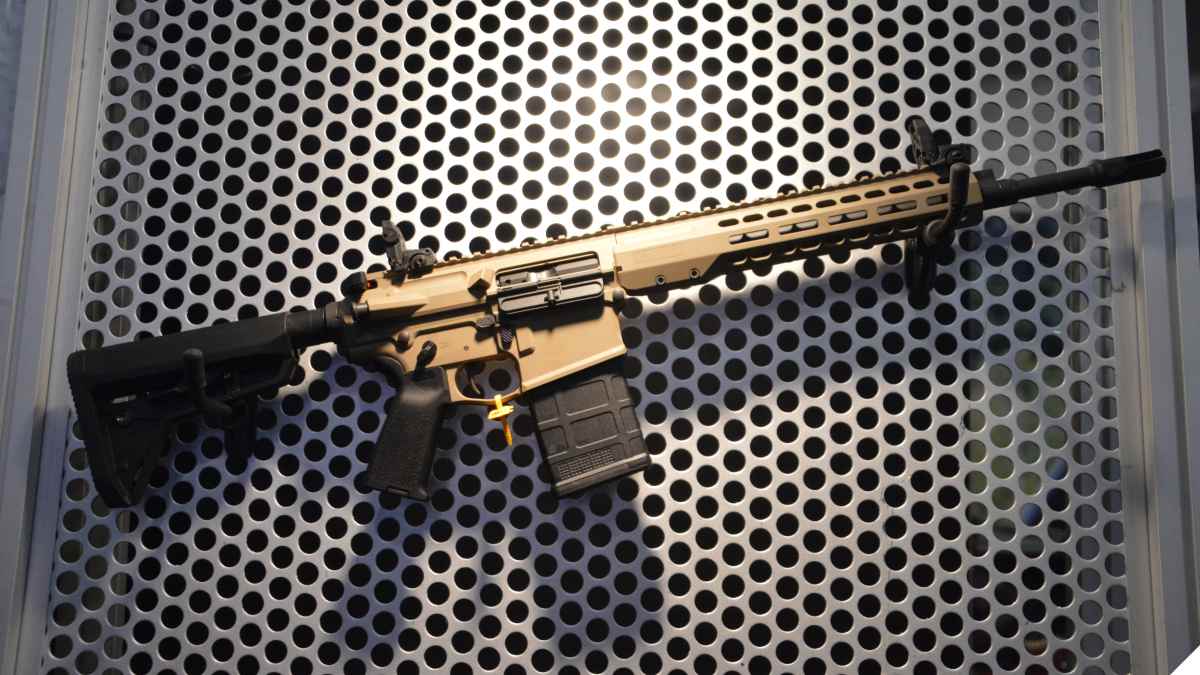 Guns commonly available on the consumer market in 43 states are banned for ownership in California, a prohibition upheld this week by a federal judge (Photo: Chris Eger/Guns.com)

A federal judge this week upheld California’s ban on many popular semi-auto firearms, saying they were “essentially indistinguishable from M-16s.”

The order, in a case brought by several gun owners in 2017 seeking to declare California’s “assault weapon” ban unconstitutional, saw U.S. District Judge Josephine Staton side with the state’s point of view. Staton, extensively citing briefs in the case from anti-gun groups such as the Brady Center, Everytown and Giffords, found that semi-autos banned either by name or cosmetic features such as collapsible stocks or muzzle brakes were basically military-grade hardware.

“Because the Court concludes that semiautomatic assault rifles are essentially indistinguishable from M-16s, which Heller noted could be banned pursuant to longstanding prohibitions on dangerous and usual weapons, the Court need not reach the question of whether semiautomatic rifles are excluded from the Second Amendment because they are not in common use for lawful purposes like self-defense,” said Staton, an appointment by President Obama. Prior to stepping up to the federal bench, Staton was a lawyer in private practice in San Francisco and a California Superior Court judge appointed by Gov. Gray Davis just before he was recalled.

Staton also quoted that the rate of fire of such guns, listed in the order as “300 to 500 round per minute rate” makes semiautomatic rifles “virtually indistinguishable in practical effect from machineguns.”

Not cited in Staton’s order was research filed in the case from the National Shooting Sports Foundation that no less than 15 million modern sporting rifles were built or imported between 1990 and 2015 and some 93 percent of gun retailers surveyed sold such firearms. The trade group has long held the guns are among the most popular in the country and have been sold on the commercial market since at least the 1960s.

The case is likely to be appealed further to the U.S. 9th Circuit, which is currently undergoing a shift in polarity in the wake of at least six new judges appointed by President Trump in recent months, over the howls of California’s delegation to the U.S. Senate, Democrats Kamala Harris and Dianne Feinstein. Feinstein notably organized the now-expired federal assault weapon ban while Harris, during her stint as California’s Attorney General, enforced the state’s AWB.

California is one of only seven states to have such bans.