During TriggrCon last week, Gearhead Works released the Gearhead Works One Pistol chambered in 300 Blackout. The bolt-action pistol is built on a blank Remington 700 receivers, then kitted out to offer a cool and customized look. The company said the receiver is fitted with a Gearhead Works patented ATF approved Tailhook Pistol Brace to offer a suppressor-ready firearm that can easily slip into a backpack. 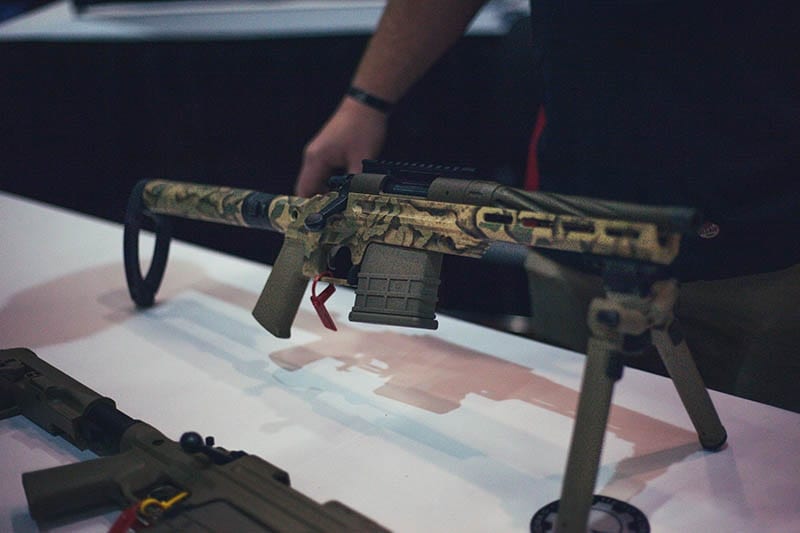 The tricked out One Pistol is built on a Remington 700 receiver. (Photo: Jacki Billings/Guns.com)

The One Pistol measures 19.25-inches folded and weighs just over five pounds. The base model comes cerakoted in a single color though customers have the option to upgrade to nearly any configuration or color for a truly custom experience. The pistol starts at $1,500. 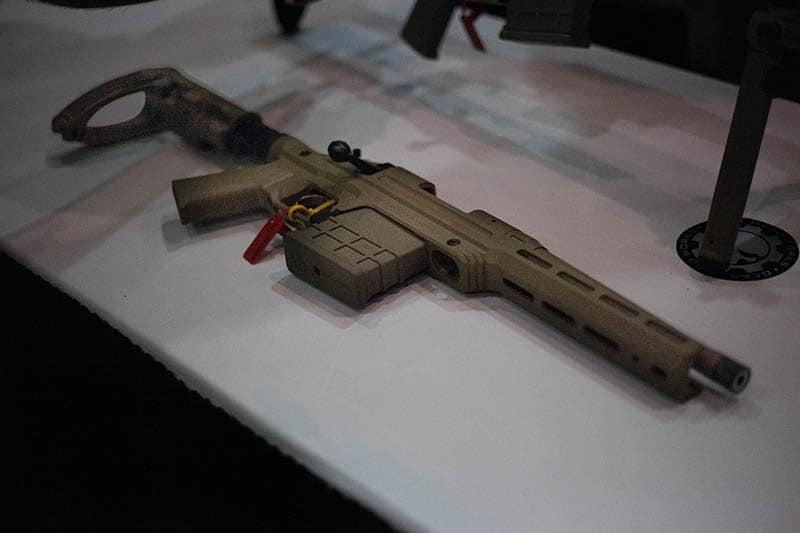 The base model One Pistol doesn’t come with flashy accoutrements but it is chambered in .300 BLK. (Photo: Jacki Billings/Guns.com)

In addition to the One Pistol, the company also released its newest folding stock, the MP5K Folder. Made with the same materials as H&K, the folder was designed to work alongside Gearworks Mod 1 Tailhook Pistol Brace. The Mod 1 retails for $119.

Rounding out the latest gear, Gearhead Works unveiled their new pistol grip for the CZ Scorpion. The pistol grip boasts elevated features like a loop for 550 cord, storage compartment in the base and a more ergonomic design for better trigger control. No word yet on price. 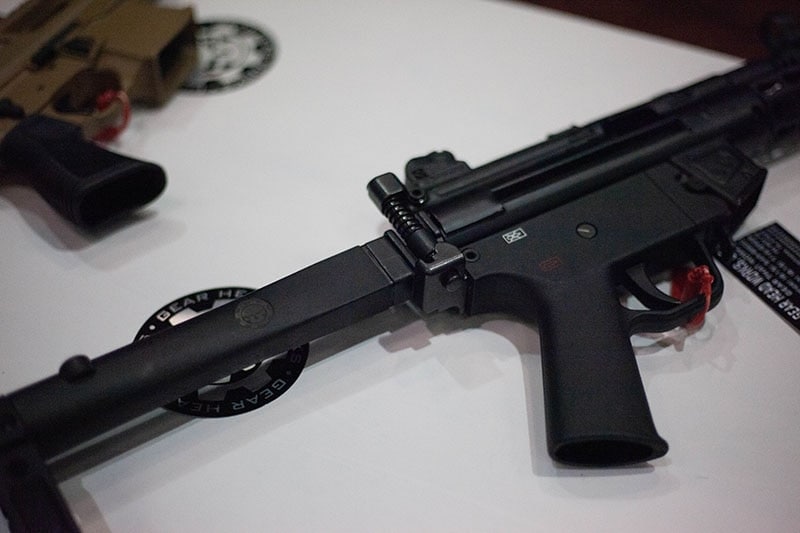 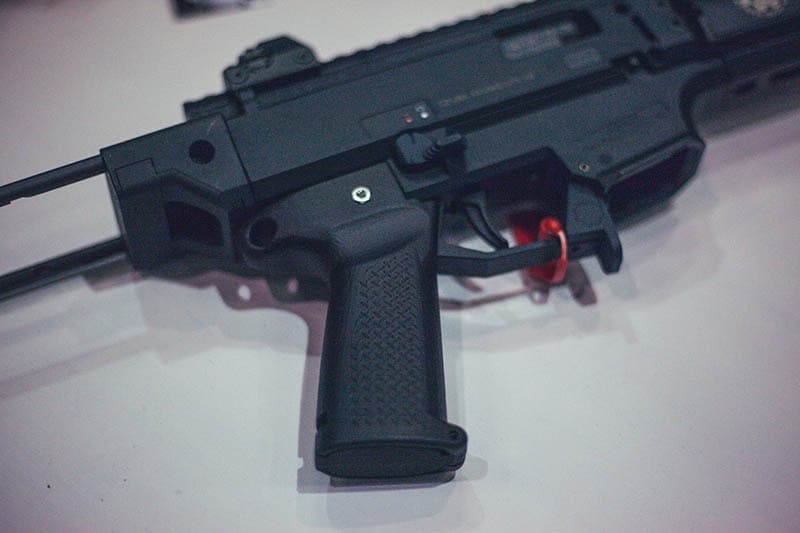 The Gearhead Works Pistol Grip is designed to be used alongside the CZ Scorpion. (Photo: Jacki Billings/Guns.com)