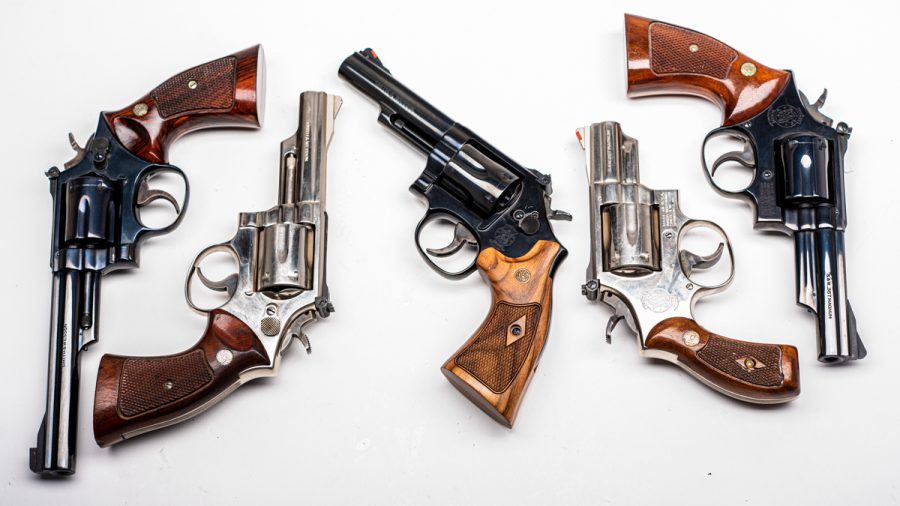 Bill Jordon applied his experience as a Marine in WWII and Korea and along the Southern Border with Mexico to help produce the concept that later became the S&W Model 19 (Photos: Richard Taylor/Guns.com)

Designed with input from an early legend in the gun community, the Smith & Wesson Model 19 Combat Magnum has been a hit with wheel gun aficionados for generations.

To get the appeal of the Model 19, understand that S&W first debuted their medium-framed swing-out cylinder revolvers, known today as K-frames, back in the late 1890s with the Hand Ejector and Military & Police models. Then came the larger N-frame hog legs in 1907 with the advent of the Triple Lock or New Century. While the “Ks” typically ran in .32 to .38 calibers, the “Ns” were offered in beefier chamberings like .44 Special and .44 Russian. Fast forward to the 1930s and when the dream team of Elmer Keith, Phillip Sharpe, and D. B. Wesson joined forces to create the .357 Magnum cartridge, they developed an N-frame model to run it, the Model 27.

And so, it remained for decades until S&W heard from a WWII and Korean War-veteran Marine officer and U.S. Border Patrol supervisor, William “Bill” Jordan, about the what would make the perfect “combat” duty revolver. In short, Jordon advocated a K-frame-sized double-action chambered .357. While today these seems as logical as peanut butter and jelly, it was revolutionary at the time and, after some R&D and trial and error, the K-framed Combat Magnum was created in 1955. 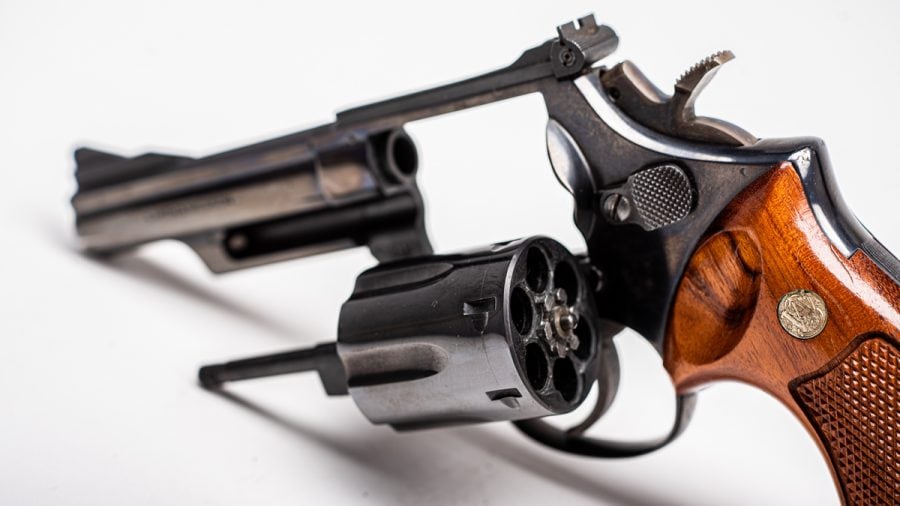 The standard Model 19 runs a 4-inch barrel with a ramp front sight and adjustable rear. Although chambered in .357 Magnum, they also accommodate .38 Special rounds as well. (Photo: Richard Taylor/Guns.com)

“Surely nothing could be more disconcerting to the accuracy of an adversary than a .357 Magnum slug applied judiciously in the region of his belt buckle! It will beat kicking dirt in his face every time!” said Jordan of the caliber in his 1965 book, No Second Place Winner.

Outfitted with a shrouded barrel with an enclosed ejector rod and an adjustable rear sight, the Combat Magnum that hit S&Ws catalog in the mid-1950s was built on a 4-screw frame with a square butt. The frame sported a larger yoke and a fluted cylinder that had been counterbored. Unlike the Model 27 which was offered in numerous barrel lengths, the original Combat Magnum only came in a 4-inch format as standard. While a nickel finish was offered, most were in Smith’s bright blue finish of the time. 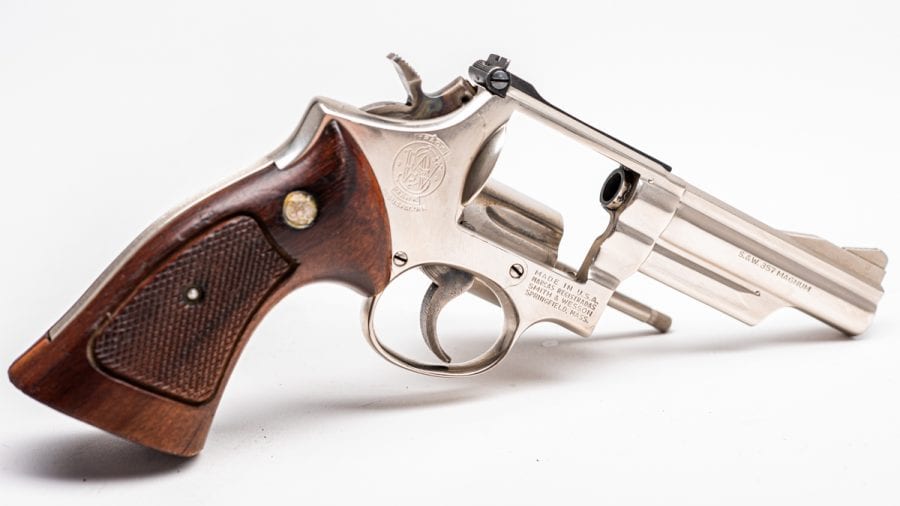 Who doesn’t like nickel when it comes to vintage wheel guns? (Photo: Richard Taylor/Guns.com)

“In this country, we are fortunate that we have available to us the finest double-action weapons made in the world: The .357 Combat Magnum,” said Jordan, who later went into a second career as a writer and exhibition shooter. “Better guns cannot be bought at any price, anywhere. You can’t go wrong with one of these hanging by your side.”

By 1957, the Combat Magnum’s name switched to the Model 19 and the rest, as they say, is history.

As later generations of the Model 19 went into production, the general concept of the .357 K-frame endured with additional barrel lengths (2.2- and 6-inch) offered while round butt designs were added to the catalog. The popular revolver was the gold standard across legions of lawmen of the age and was issued to both the Border Patrol and the FBI before those agencies ultimately shifted to semi-autos in the 1990s. This led the medium-framed magnum to become a staple in small-town law enforcement, period bowling pin matches, and for use as a home and personal defense gun.

In turn, a myriad of fictional lawmen portrayed on screens both big and small carried the Model 19 including Danny Glover as Det. Roger Murtaugh in the Lethal Weapon franchise, Clint Eastwood (as both Texas Ranger Chief Red Garnett in A Perfect World and Agent Frank Horrigan in In the Line of Fire) and by numerous cops on Hill Street Blues. 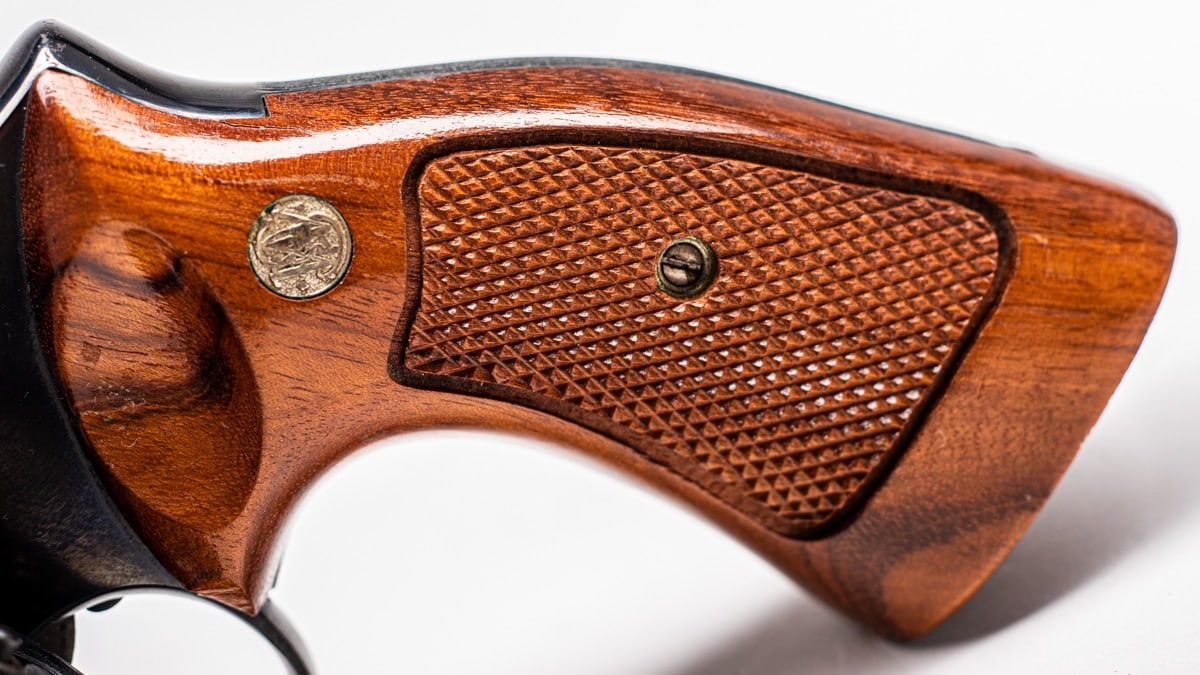 Contrary to the he-man grips on the N-frames, the more medium-sized Model 19 K-frame guns allowed those with slightly smaller mitts to carry and use a .357, especially if the factory grips were changed (Photo: Richard Taylor?guns.com

By the early 1990s, the nickel offerings fell out of favor as Smith had previously introduced the satin stainless version of the Model 19 under the standalone Model 66 designation. For those wanting a more “budget” Model 19, the fixed-sight heavy barrel Model 13 M&P K-frame debuted in 1974. 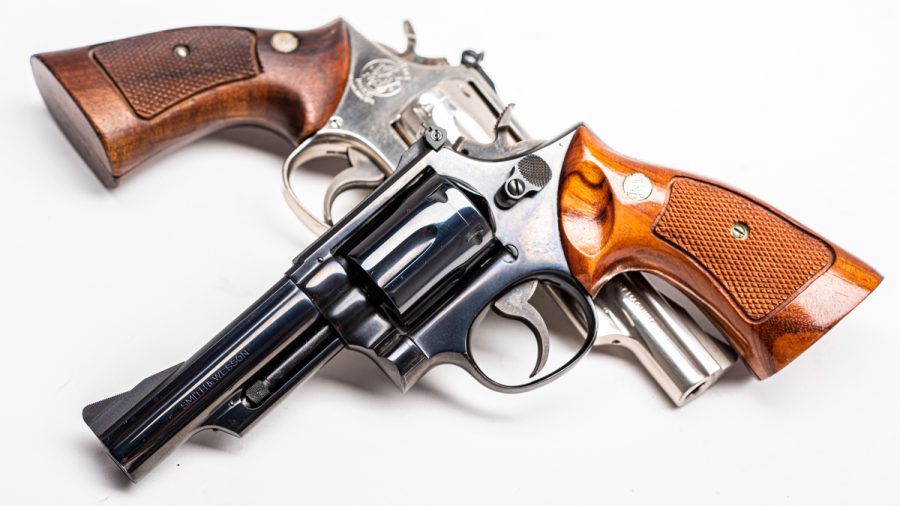 Sadly, after a more than 40-year run, the Model 19 went out of production in 1999, a deficit that Smith corrected last year by bringing what could best be described as the 19-9 “Classic” back to their lineup.

Got to give the people what they want.