Can You Put a Silencer on a Revolver? Can you slap a suppressor on a revolver and make it work? That’s a trick question. (Photos: Chris Eger/Guns.com)

The question of whether you can put a suppressor or silencer on a revolver is a loaded one that has a simple answer as well as a few exceptions to the rule.

The original Maxim Silencer Company, as far back as the 1910s, advertised and sold numerous types of suppressors along with a series of barrel couplings to accommodate a range of rifles and pistols. Left out of the equation at the time were wheel guns as the humble revolver did not lend itself well to having its sound signature moderated. This is because, in general, while a suppressor can help reduce (but not eliminate) the report of a gunshot by slowly dissipating the escaping gasses caught in the suppressor tube at the muzzle, the gap between a revolver’s cylinder and barrel’s forcing cone allows some gas to escape at the other end, thus defeating the purpose.

So, while you can thread the barrel of a revolver and attach a suppressor to it, the barrel-cylinder gap is still going to allow gas, and thus noise, to escape. This, of course, has not stopped Hollywood from extensively showing such fictional contraptions to be “twhip-twhip” silent in movies like The Sting and Desperado. Lee Marvin famously carried a whole series of suppressed roscoes in the 1964 film, The Killers, a crime flick that also featured future President Ronald Regan.

Now that the rule is explained, there are, as with any rule, a few exceptions. With the problem in suppressing a revolver resting in the barrel-cylinder gap, finding a creative way to plug that gap can make a wheel gun a more effective suppressor platform. One such revolver is Emile Nagant’s series of gas-seal revolvers such as the Russian M1895. 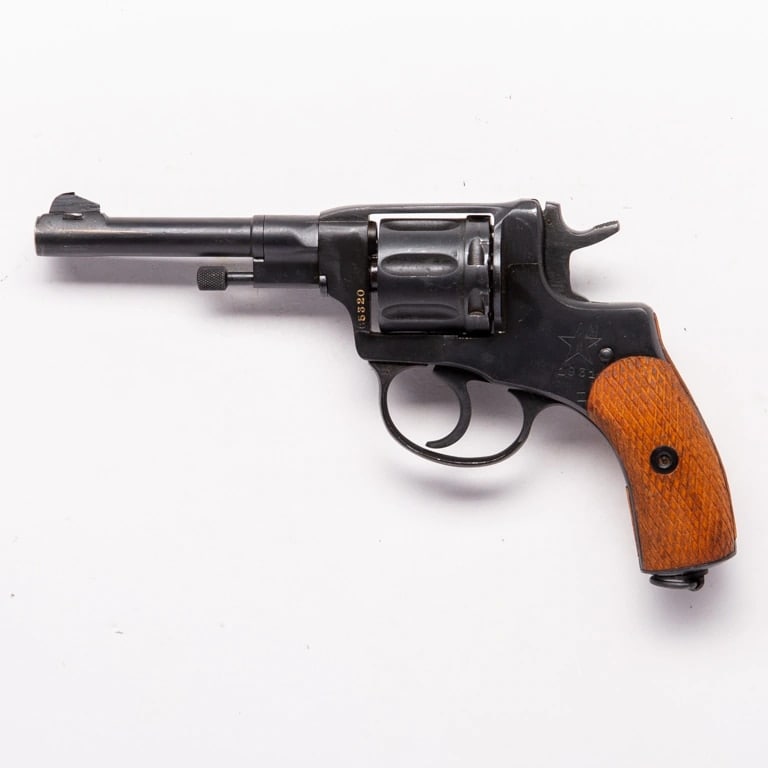 On the M1895, when the trigger is pulled the cylinder is not only rotated but also moved forward, so it comes very close to the forcing cone. Further, each chamber of the revolver is countersunk to mate with the barrel while the special 7.62x38Rmm ammunition used has a very deep-set bullet design. All this comes together to create a wonky action that cams the cylinder and barrel almost shut, thus nearly eliminating the gap that almost every other revolver has.

While Mr. Nagant engineered his creation this way to produce a mild boost in velocity for the otherwise anemic cartridge, it also had the unintentional side benefit of allowing these fairly common military classics to be suppressed — provided you can mate a suppressor to the barrel after threading it or using a coupler. The Soviets later figured this out and created what was known as the Brambit Device to convert an ordinary M1895 to a suppressed revolver. Moscow liked the concept so much they even used a version of the Brambit for their full-sized M91 rifles but that is a whole ‘nother story.

As a proof of concept, Utah-based SilencerCo has often trotted out a suppressed Nagant to trade shows over the years and has talked about the unique characteristics of the neat-o Russki wheel gun. 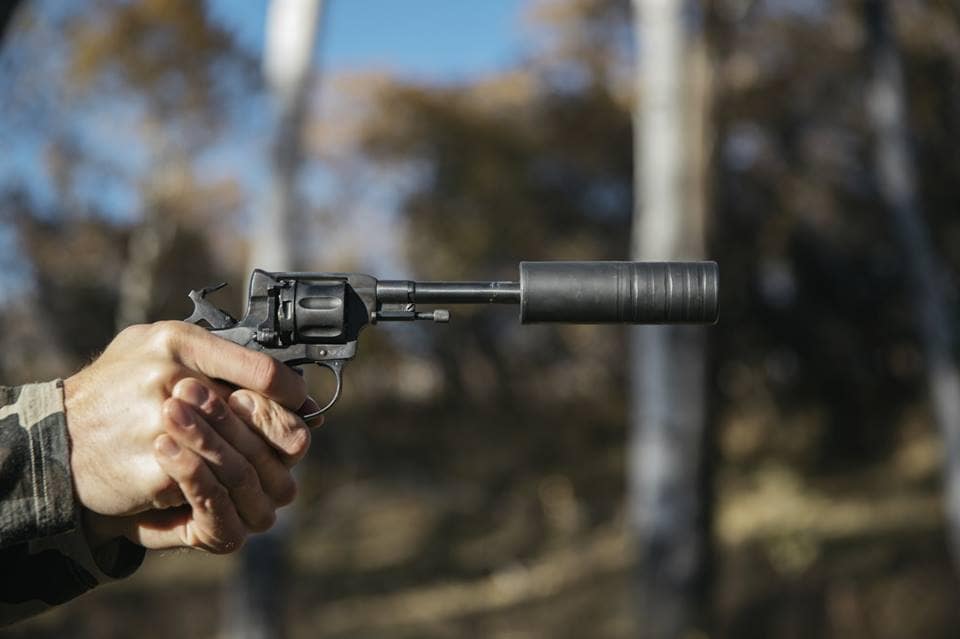 Yes, suppressed revolvers do exist. Kinda: A Nagant M1895 with a SilencerCo Omega 9K suppressor. Note how close the cylinder is to the barrel’s forcing cone at the point of firing.  (Photo: SilencerCo)

In more recent times, the Russians have fielded the OTs-38 suppressed revolver, an invention by Igor Stechkin that, like the M1895, uses a gas seal. Utilizing specialty ammo, it is reportedly very effective. 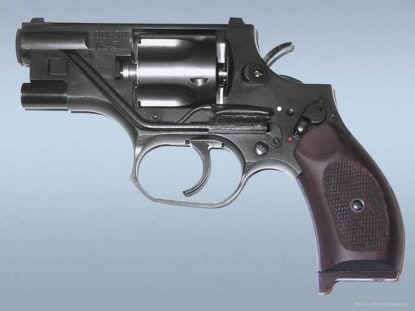 Not to let the Russians run away with this topic, it should be pointed out that a series of suppressed or otherwise low-noise revolvers have been fielded on this side of the pond for niche purposes. During the Vietnam conflict, tunnel rats needed an effective but muted gun (for obvious safety reasons – they were underground!), that was still short enough to move around Viet Cong tunnels.

In 1966, the Army made a half-dozen experimental tunnel rat kits that included a suppressed Smith & Wesson .38 with downloaded ammunition for use by these underground gladiators. Deemed a Tunnel Exploration Kit, the revolver came with a mouth/teeth bite-switch activated headlamp. However, these kits weren’t liked and weren’t all that silent due to the escaping gas from the cylinder. 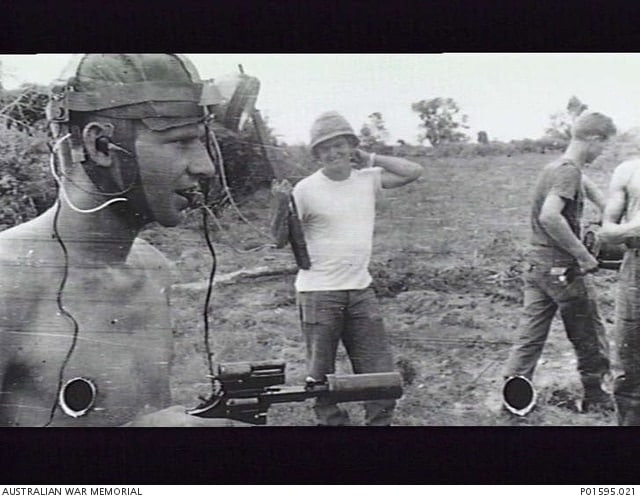 Another attempted solution was the 1969-era Quiet Special Purpose Revolver, a converted Smith & Wesson Model 29 .44 Magnum that was chambered for a very low power special .410-ish Quiet Special Purpose Round filled with 15 tungsten balls in a plastic sabot. Since the ammunition itself had about as much powder as a Fourth of July party popper, the gun was fitted with a short smoothbore barrel and did not need a suppressor. Just 75 were made and, though quickly withdrawn from Army use, were purportedly still utilized by SOG in places that never existed late into the war.

Back in the early 1990s, C. Reed Knight Jr.’s Knight’s Armament Co (KAC) of Vero Beach, Florida responded to a call from a government agency yet unnamed to produce a small and short-ranged suppressed rifle. Their answer was a unique weapon based upon a Ruger Super Red Hawk.

According to reports, Knight took a commercial Redhawk .44 Magnum and replaced the barrel with a 10-inch .30 caliber 1-in-9-inch right-hand twist example that had a gap between the cylinder and the barrel of 0.005 inch. For comparison, a standard U.S. 10-cent piece is 0.053-inches thick. Over the barrel, a 6061 T6 aluminum suppressor tube 18.5-inches long was fitted. Then the whole affair was coated black, a bipod was fitted, and the result was a 36.5-inch long, 8.5-pound integrally suppressed revolver.

What round did it fire? Well, like the Nagant before it, the cartridge was very special. The gun made its first mention in the “gun rags” in the September 1992 issue of Soldier of Fortune magazine. The article went into extreme detail in the method of sealing the cartridge to prevent gas escaping and thus make it quieter:

“Screw-turned with a needle-sharp point, the bullet is encased in an aluminum piston with a black plastic front face seal. Both are loaded into a Federal .44 magnum case. Powered by an undisclosed propellant of undisclosed charge weight and upon ignition, the piston moves forward a small amount and its beveled face interfaces with the rear end of the barrel to seal the front cylinder gap. A rubber O-ring on the piston seals the case from propellant blow by, so that all of the propellant gas is driven into the sound suppressor attached to the barrel.”

KAC of course later went on to develop the suppressor for the SEALs MK25 pistol in 1996, as well as other innovations.

And with that, consider the question of if you can suppress a revolver answered with a “No, but also, yes.”