The U.S. Coast Guard’s Helicopter Interdiction Tactical Squadron, or HITRON, is celebrating its 20th anniversary and shows no signs of slowing down. In 1999, six pilots and four newly minted aviation gunners were brought together to prove the concept of armed helicopters — a mission the USCG had steered away from in the past.

Armed with stun grenades as well as M16A2 rifles and an FN M240 general-purpose machine gun for warning shots, they carried a Robar 50 long-range heavy rifle for disabling fire. During this early phase, the group encountered five go-fasts and stopped all five with disabling fire. They arrested 17 smugglers — none of whom were injured thanks to the accurate fire of the Coasties.

After this test, the Coast Guard gave the go-ahead to move forward with a full-scale squadron sized unit and HITRON was born. Today, more than 200 USCG personnel are currently assigned to the squadron, based at Cecil Field Hangar 13 in Jacksonville, Florida. From there, helicopters and crews are deployed to wherever they are needed most. The precision heavy hitter of the aviation gunner today is the Barrett M107A1 .50-caliber heavy rifle.

Braced against the doorframe and the strap of the rescue hoist, the 28-pound Barrett can be balanced in a way that’s familiar to any rifleman using a standard sling just on a much larger scale, providing a surprisingly stable platform from which to shoot. The gunners train with M33 ball ammo to hit a 16×16-inch target — roughly the engine housing of an outboard motor. 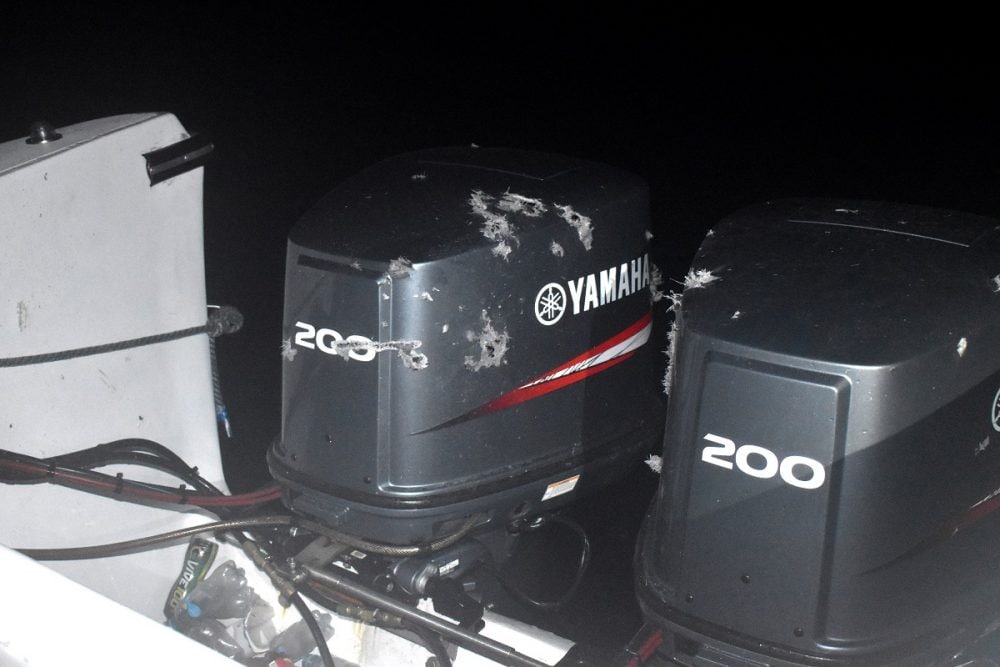 HITRON is the only unit of its kind in the U.S. military and officials say they have stopped more than $21 billion worth of illegal drugs in the last 20 years.